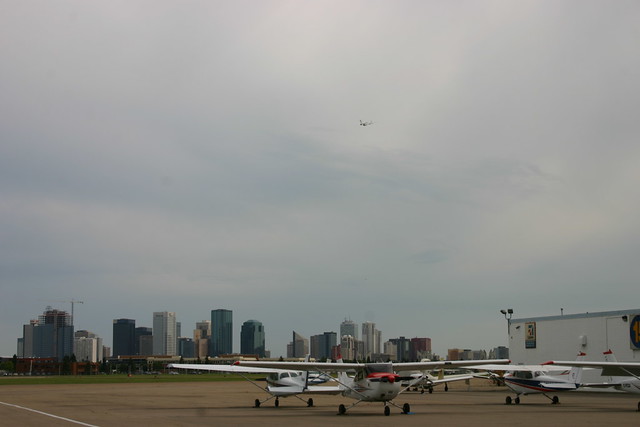 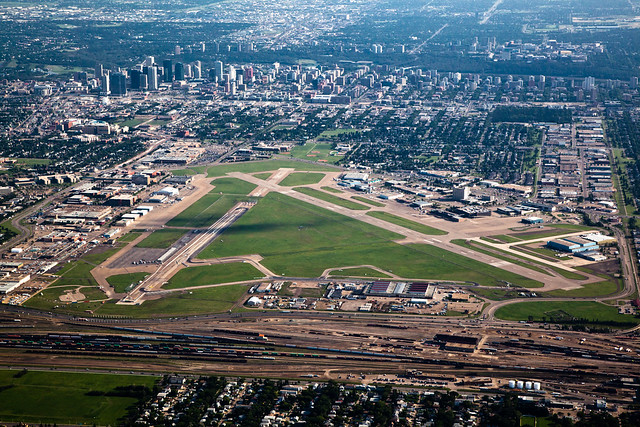 Edmonton’s Blatchford Redevelopment project took another step forward today with Council’s approval of the implementation strategy. Will it be the ambitious, carbon neutral, “world-leading” project that has been described over the years? Not necessarily. But it remains the most significant development project in Edmonton’s history, a sustainable and exciting community that will bring housing choice for families into our city’s core.

Here’s the motion that was passed today:

That the Blatchford Redevelopment Project implementation strategy be approved and include the following:

The motion passed 10-2, with Councillors Caterina and Nickel voting against it. Councillor Nickel said the motion didn’t do enough to “hold on to that original vision of being world-class.” Most of the yes votes cited the importance of point 4.

The target for Administration to return with the requested information is October 28, 2014.

What does it mean?

In short, Council decided today that maybe it didn’t need everything that was suggested in the original, award-winning design. The recommended scenario “includes all of the key design elements from the Perkins+Will concept plan and it optimizes investment in environmental and social sustainability features.” By “optimizes investment”, they really mean that features like the ambient loop, geo-exchange district energy system, and pneumatic waste collection system were cut to save money. The recommendation also reduces the size of the major park by about 10% to allow more room for housing. It results in a net profit of nearly $45 million, and would be built-out over 25 years.

The City argues that the modified plan will still provide family-oriented housing, create mixed-use and employment opportunities, and will accommodate NAIT expansion. It still positions Edmonton as “a leader in achieving sustainability” even though it doesn’t go as far as Perkins+Will originally envisaged.

Mayor Iveson has written about the project twice in the last week. Today he shared his thoughts in advance of the Council meeting:

“I don’t think the recommended scenario for Blatchford is a compromise. In fact, I’d say it’s as close to a balanced triple bottom line – social, financial and environmental – as we could hope for. We’ll achieve the ambitious principles set out by council and still produce a reasonable return on our investment.”

That follows his earlier comments:

“Some of the grief Edmonton has endured for poor urban design over the last 50 years can be countered with a project of Blatchford’s scale. This is a story we can share with the world; as good of a reputation-smasher as we’re ever going to see.”

It was great to hear the rest of Council share both his desire to stick to the principles set out by the previous Council and his desire for something impressive.

In voting to move ahead with the modified plan today, Council reached a reasonable compromise. It’s not uncommon for projects to start out far more ambitious than they end up, and it’s Council’s job to try to find the middle ground between citizens’ ambition and Administration’s risk aversion. I think that’s what they did today. No doubt communication about the plans could have been much better, but that could be said of just about every City project.

What happened with Perkins+Will?

Clearly there were issues between Perkins+Will and the City during this process, resulting in the firm attending today’s meeting. Director of Urban Design Joyce Drohan did not mince words once prompted, saying that her firm was “extremely disappointed.” She also called the process “extremely disrespectful.” Before she could get too deep into her criticism, Mayor Iveson stopped her, saying there were other issues at play. He later said that Perkins+Will had “not been cooperative.” There was definitely some animosity present during the meeting today.

Is it just a case of two partners trying to find a way to work together on an ambitious and stressful project? Perhaps, except this isn’t the first time that issues have been raised about the City’s process. Where there’s smoke there’s generally fire. And as Tegan quite rightly pointed out today, “the problem is that the world is watching on this one.” For some reason, Perkins+Will felt they had no choice but to show up in person to publicly defend their work. That’s concerning.

A few Councillors expressed concern today at how the modified Blatchford plan would be received by the public. There’s no question that there’s a communications challenge ahead of Council and the City, but I don’t think it’ll be too difficult to get Edmontonians onside with a pragmatic approach to city building. The bigger challenge is ensuring future partners aren’t turned off working with Edmonton because of the way things were handled with Perkins+Will and the other firms that competed in the international design competition.

Bringing families into the core

Closing the City Centre Airport was a pivotal moment in Edmonton’s history. Finishing the consolidation of air traffic at the Edmonton International Airport, removing the height restrictions imposed on downtown by the Airport Protection Overlay (which could be official as of June 24), putting a distracting and wasteful discussion behind us – those were among the many reasons to support the closure. But the most important reason for me was always the opportunity to increase the density of our city’s core.

I’ve long seen Blatchford as an opportunity to enhance housing choice. It’s a project that will make it increasingly viable for families to live in the core. Imagine the impact of another 30,000 people living just a short train ride from downtown! We’ve already seen what can happen when you increase the number of residents.

Would it be ideal if the project were highly profitable for the City of Edmonton? Sure. Would it be great if the community was carbon neutral? Yes. Would I be thrilled to have cities around the world look upon Blatchford with admiration for its leading edge sustainability? Absolutely. But those things are all secondary for me.

The expectation is that builders will start to pre-sell homes in 2016, with the first moving moving in late that year or early in 2017. There’s a lot of work to do before we get to that point, but it’s exciting to know that Blatchford will be a reality sooner rather than later.

You can keep up-to-date with the project here.

Runway 12-30 at the City Centre Airport officially closed at 4:49pm on Saturday, November 30, 2013, bringing to an end one of Edmonton’s longest-running civic debates. City Council voted to close the airport in phases on July 8, 2009 after years of fierce arguments, countless reports, and two plebiscites. Runway 16-34 closed on August 3, 2010 in the midst of a last-ditch effort by Envision Edmonton to keep the airport open. Now the full closure means the planned redevelopment of the lands into “a walkable, transit-oriented, and sustainable community” can move ahead.

The final flight to depart the airport was a 1963 red and white Cessna 172D, with registration C-FWKV, piloted by Chris Blower. Two CF-18 jets from the 409 Squadron out of 4 Wing Cold Lake were scheduled to perform a touch-and-go to mark the closure of the airport, but they had to cancel at the last minute due to weather. It would have been a nice reference to the airport’s history as two Royal Canadian Air Force Siskins were the first to land when Blatchford Field officially opened in 1927.

Here’s a look at the final departure and closure of the City Centre Airport:

Earlier in the afternoon a press conference was held at City Hall to mark the occasion. David Ridley of the Edmonton Heritage Council called the Blatchford lands “among the most important of historical locations in Edmonton.” He said naming the new community Blatchford “the first step” in preserving the history of the airfield.

Newly elected Councillor Bev Esslinger also spoke, reinforcing the importance of the site’s history. She unveiled a plaque and living time capsule that will be on display at City Hall until it can be included in the redevelopment. “The items included show and tell the story of the airfield, and will be an enduring reminder of the role aviation has played in shaping Edmonton,” she said.

Over the last year, any remaining uncertainty about the closure gradually faded away.

Though many called the closure bittersweet, I’m glad it is now finished. With the airport closed, the City can move forward with implementation of the Master Plan for Blatchford.

The 217 hectare (536 acre) site will become a home for up to 30,000 residents, and a place to work for up to 11,000 employees. This will transform the City Centre Airport into a mixed-use urban community that meets the City of Edmonton’s goals of building strong, vibrant neighbourhoods and increasing density to make best use of existing infrastructure.

Shovels are expected to be in the ground next year, with the first Edmontonians living and working on site as early as 2016/17. Full build out of the community will of course take decades. The opportunity to build a community as large as Blatchford so close to the heart of the city is one that cities of our size simply don’t get.

I feel more now than ever that closing the City Centre Airport was the right decision for Edmonton, and I look forward to the incredibly positive impact that the Blatchford Redevelopment will have on our city.