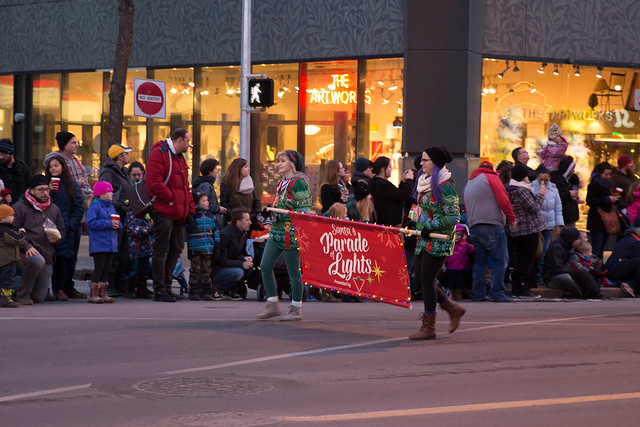 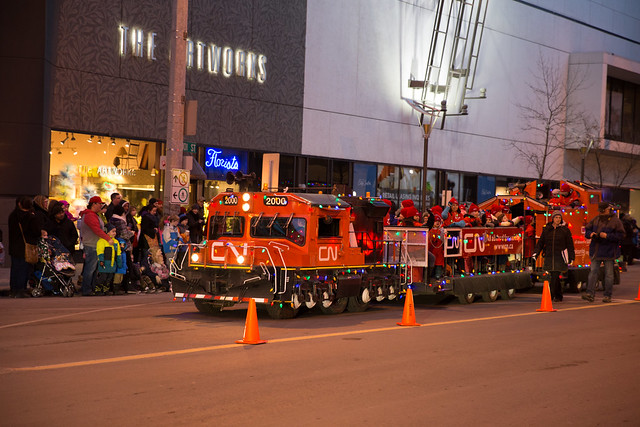 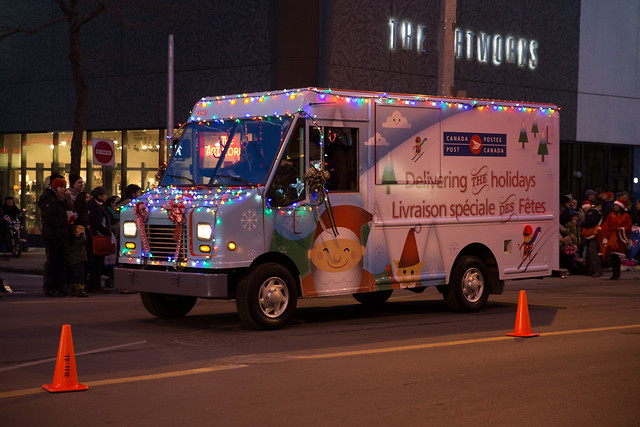 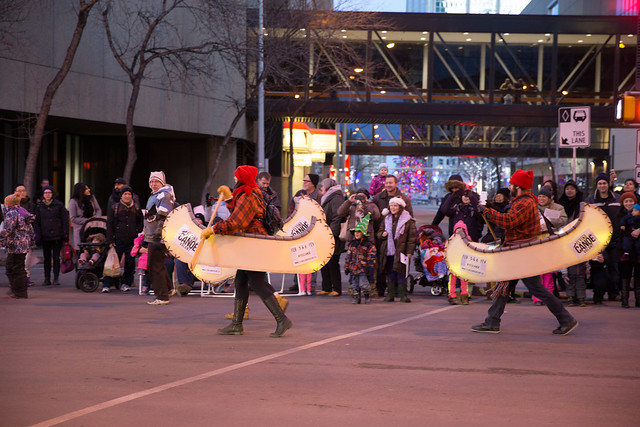 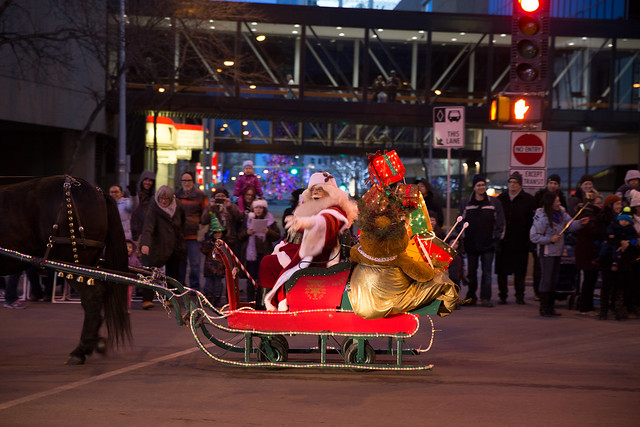 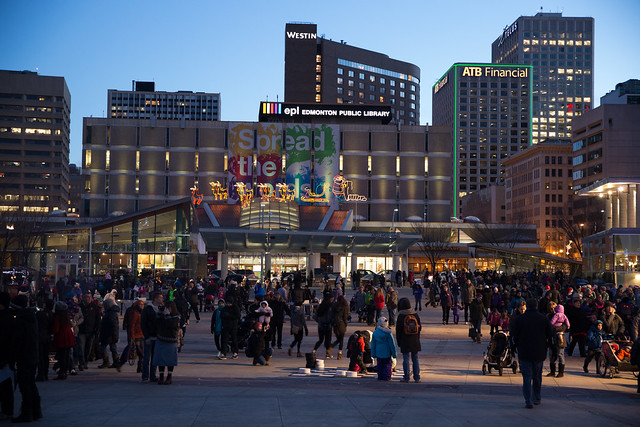 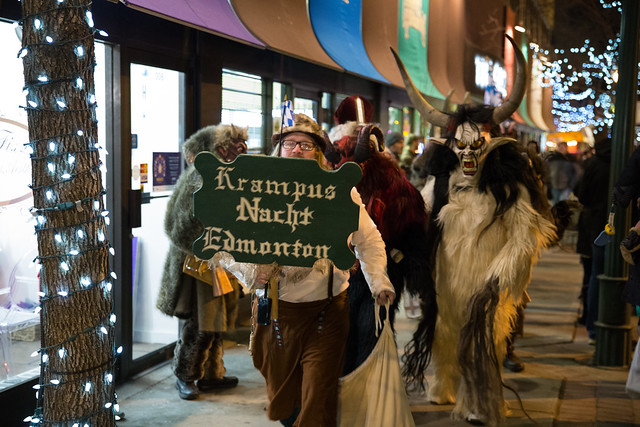 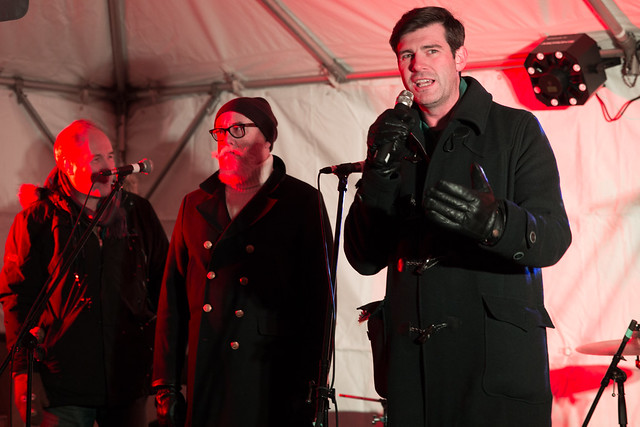 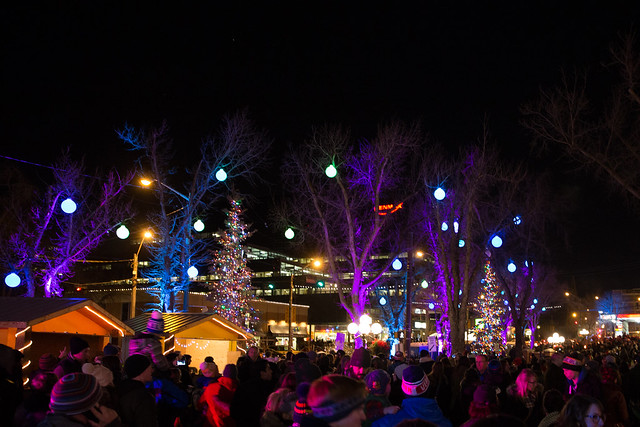 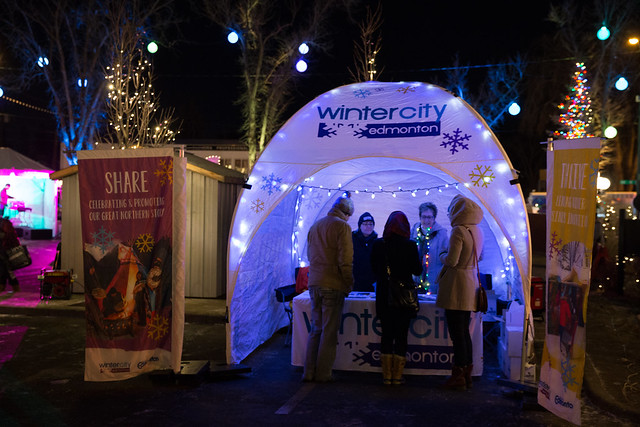 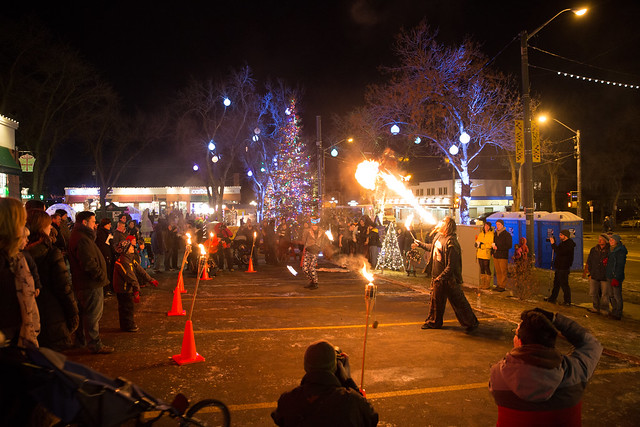 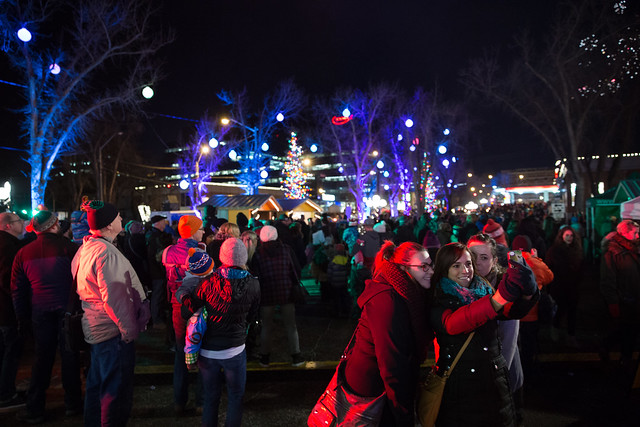 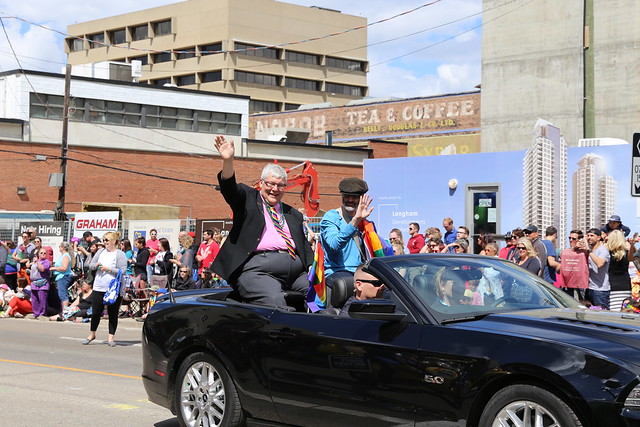 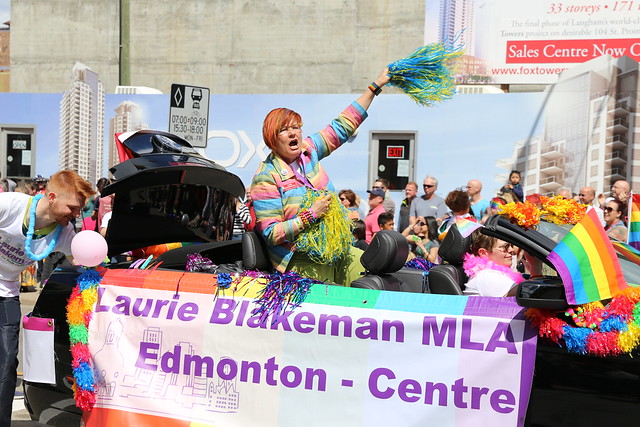 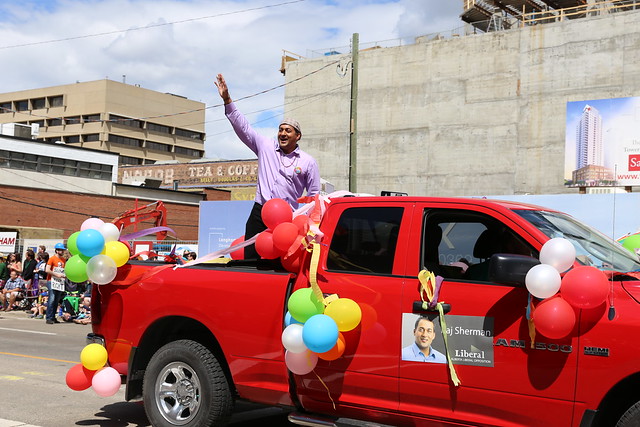 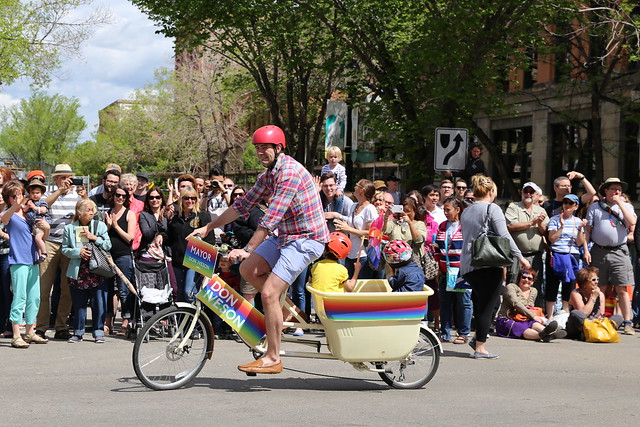 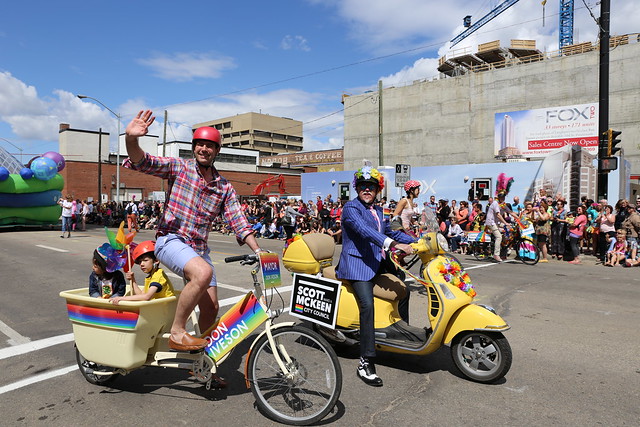 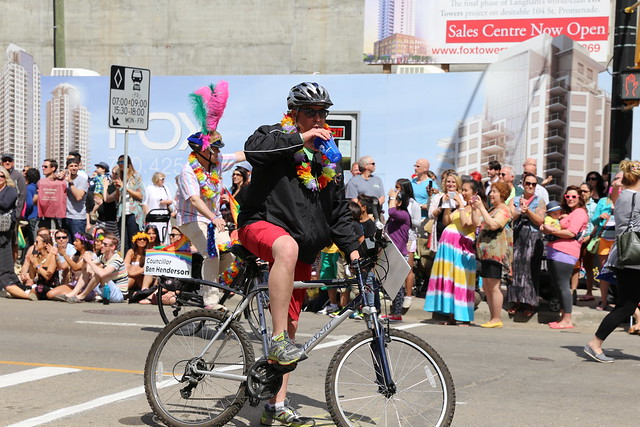 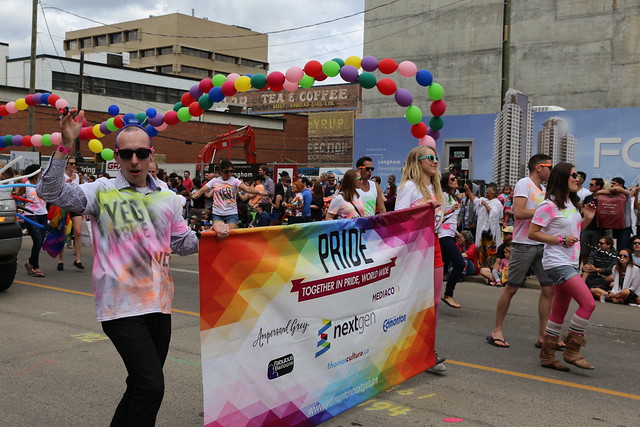 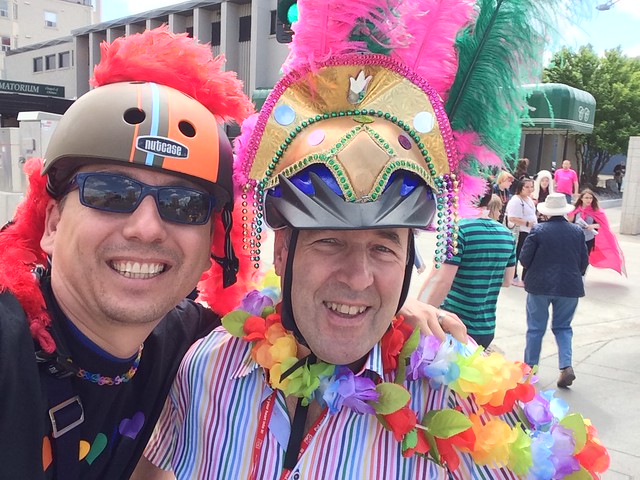 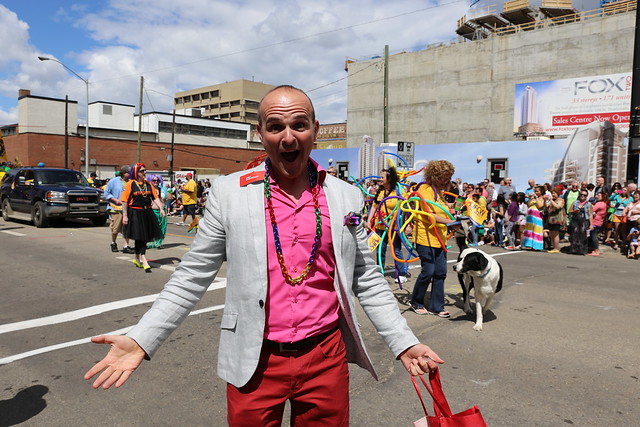 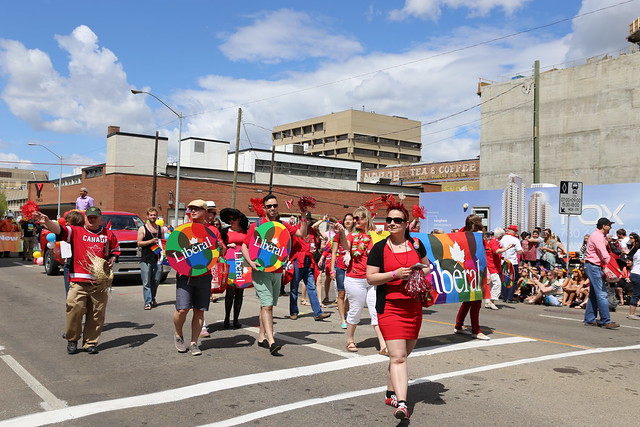 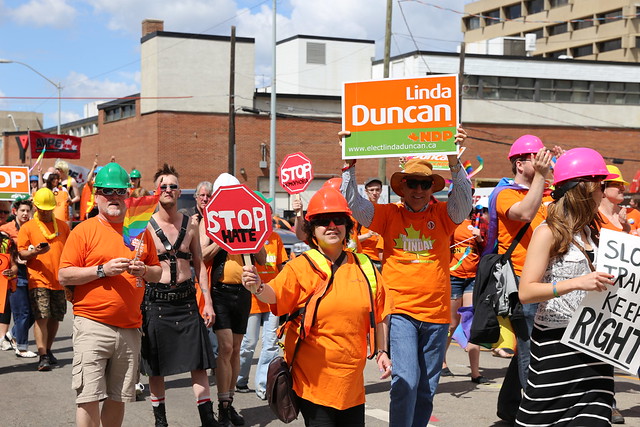 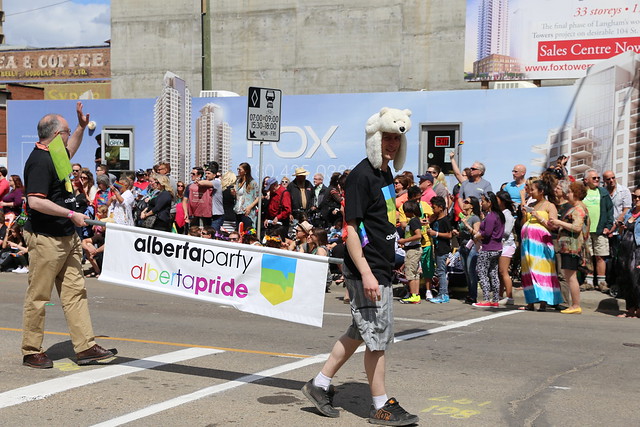 Downtown Edmonton has been full of energy this week for the Grey Cup Festival, but today’s parade took it to another level! Here are some of the highlights.

I’d say green was definitely the dominant color in the crowds – they even brought chairs!

The Snowbirds criss-crossed the sky a few times!

Bryan Hall was the Grand Marshall for the parade.

Each of the teams had a Nissan Cube.

They also had cheer teams. The Eskimos cheer team even did some stunts!

A favorite from the Capital Ex parade returned – the West Jet plane!

I thought the Coast Hotels float was creative.

The CN float was really well done too.

These poor kids had the worst job, following the horses.

As did the rest of the Roughrider supporters.

They even had pyrotechnics. How can you go wrong with that?!

It really was a sea of green for a while.

This one was my favorite of the parade:

This guy remarked “buying fans one Candy Cane at a time!” as he passed by.

I love that this guy is a Calgary fan.

There was loud applause as our Armed Forces passed by.

Attendance wasn’t as large as the Capital EX parade, but given the temperature, I’d say it was still a very strong turnout!

You can see the rest of my parade photos here (over 140 in all).