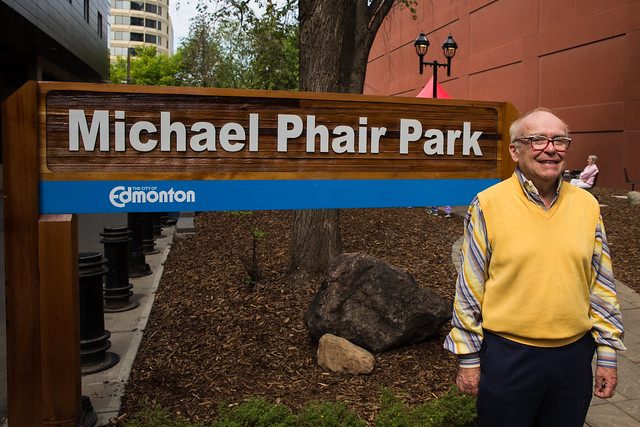 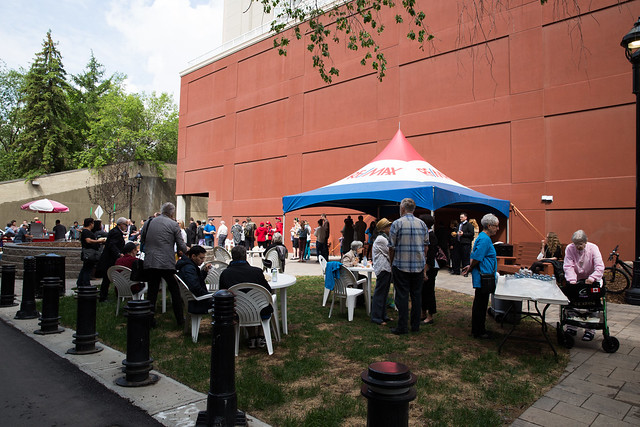 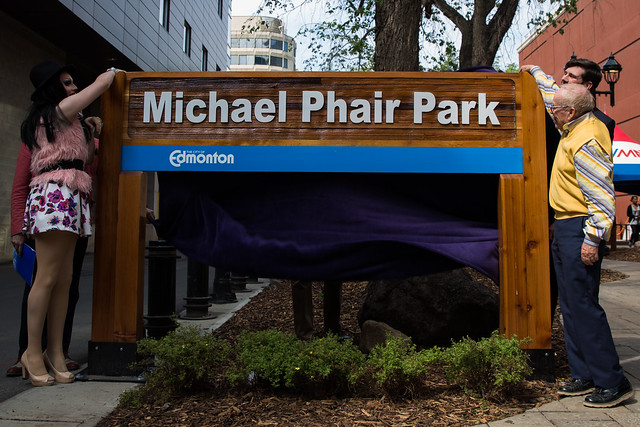 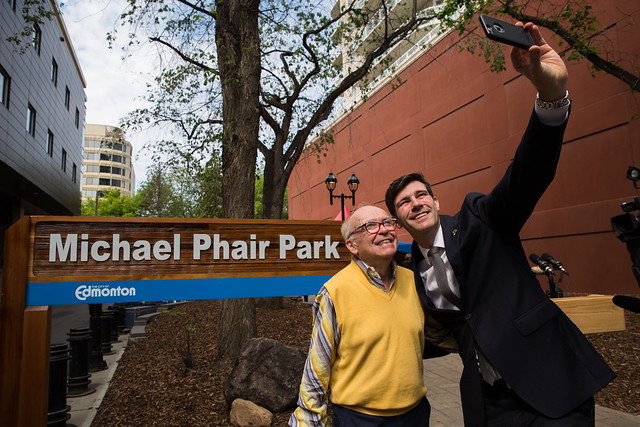 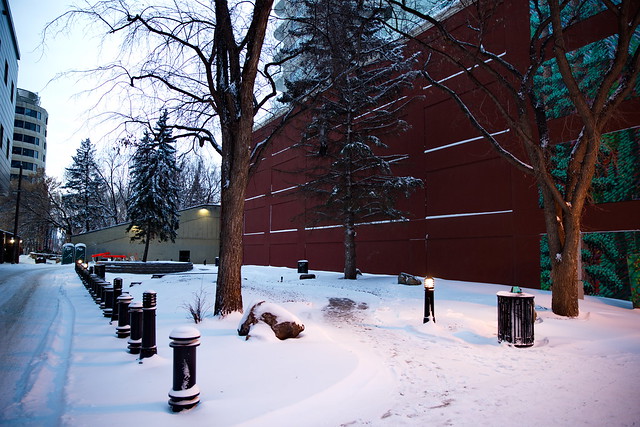 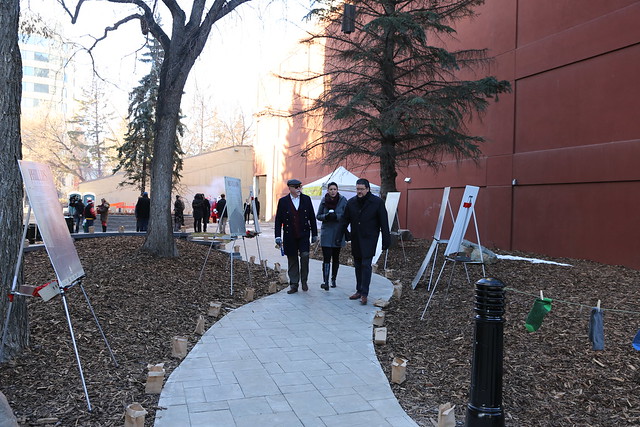 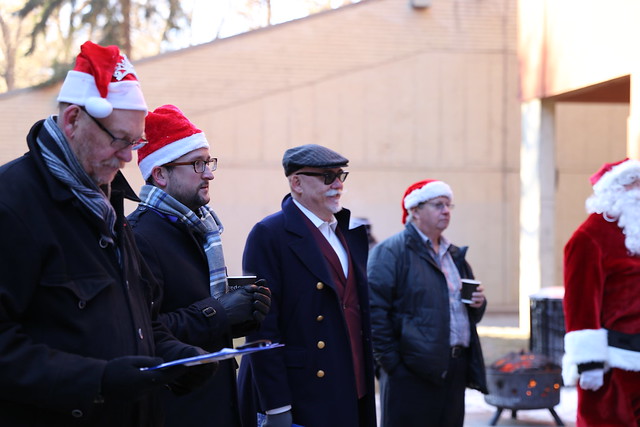 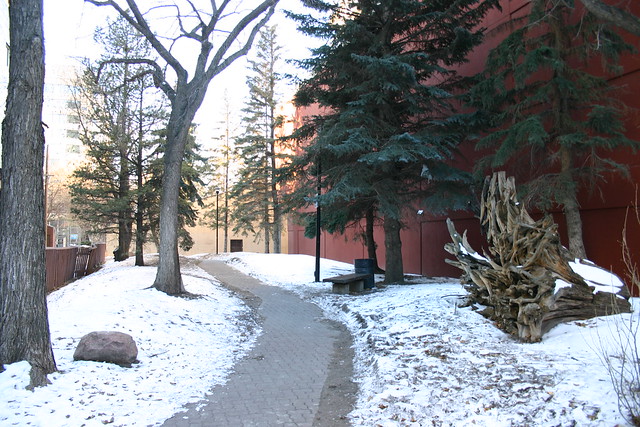 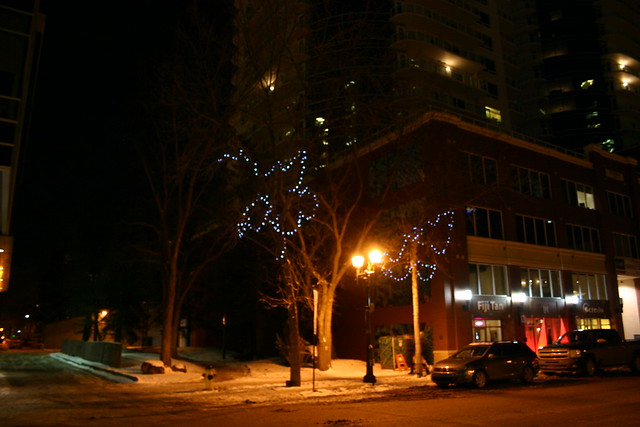 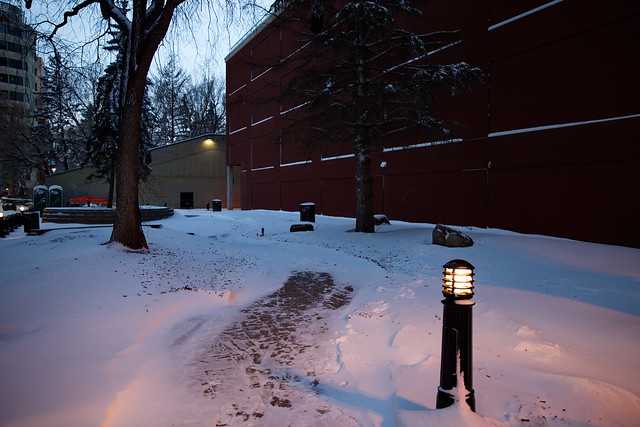 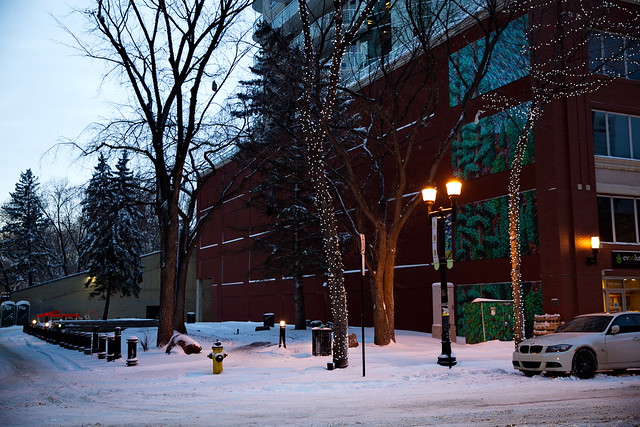 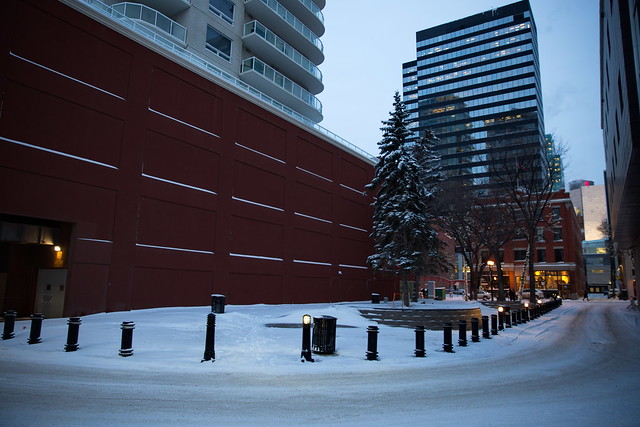 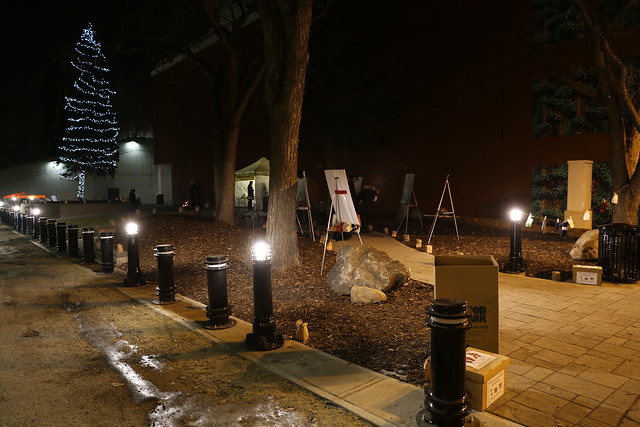 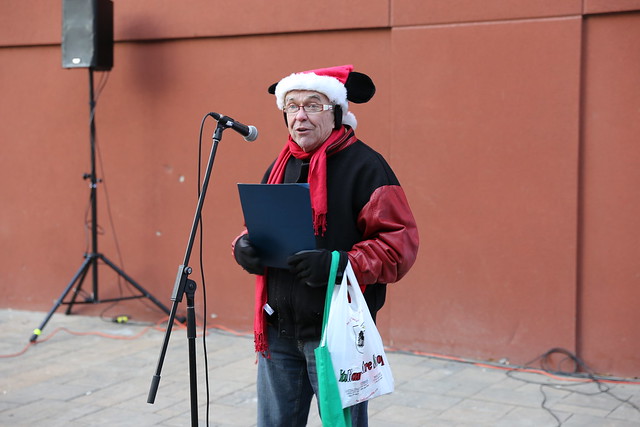 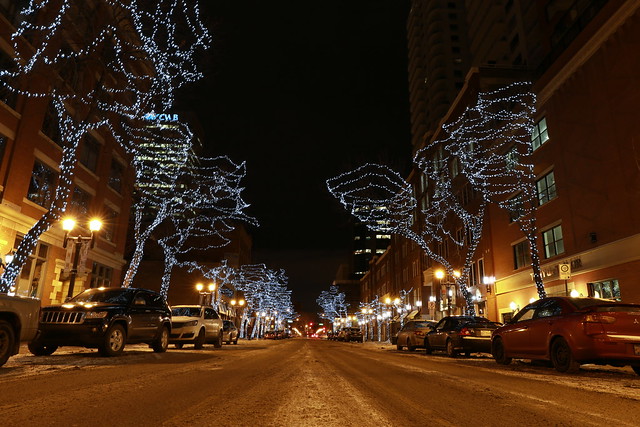 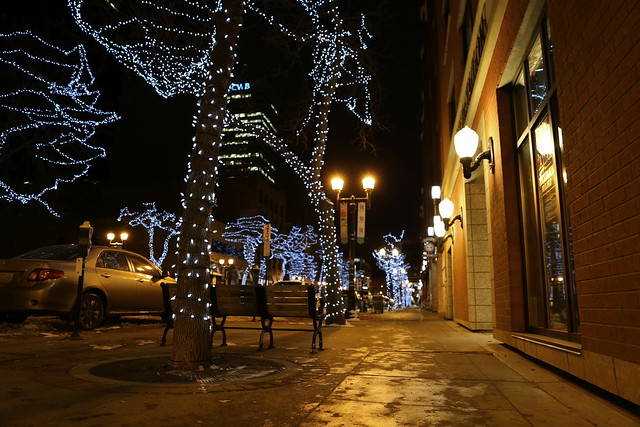 A couple of weeks ago I linked to the Edmonton on the Edge website, after I had come across their page on “reclaiming lost spaces”. The organization, which consists of members from the University of Alberta, Edmonton Design Committee, ISL Engineering, Edmonton Federation of Community Leagues, and M.A.D.E. in Edmonton, among others, recently explored the idea of reclaiming two of Edmonton’s lost spaces: the alley behind Sobeys on 104 Street, and the alley behind the Melton Building on 103 Street. They settled on the alley behind Sobeys, and worked with around 40 individuals from the area to start imagining how the space could be transformed.

The project, led by former City Councillor Michael Phair and EIDOS Landscape Architect Peter Spearey, has been dubbed the “Alley of Light” and there’s an open house coming up on Sunday, December 5 for anyone interested to provide input. I live less than a block away from the alley, so I’m excited about the opportunity to help transform it into something more. Here’s what the alley looked like tonight:

You can see that it is dark, and not exactly inviting. Even during the day, the alley does not “create a sense of ownership and pride amongst community members”, one of the goals of the Reclaiming Lost Spaces project. Aside from the Christmas lights in the tree nearest to the street, there’s not much there. Though I wasn’t sure what to make of them at first, the red illuminated cones outside Lit are a welcome addition to the street. They add some color and, well, some light!

Aside from Lit, one of the first things that came to mind for me when I heard the name “Alley of Light” was the Illuminate Yaletown event that I went to in Vancouver last year. It featured some impressive light-as-art installations, like this one:

I’d love to see some improvements to the alley that would work both during the day and at night. Think of a water installation during the day that becomes illuminated at night, something like that. It’s a little difficult to see in this photo, but even during daytime events such as Al Fresco the space is underutilized at the moment. It would be great for the space to be welcoming both day and night.

Here’s one idea for the alley:

The main idea there is the beams of light extending from the Sobeys building, as well as getting rid of the fence and smoothing out the park. There are all kinds of opportunities, and if you’d like to see some more or even provide your own, I encourage you to come to the open house:

WHO: You and your friends!
WHAT: Alley of Light Open House
WHEN: Sunday, December 5 from 2pm to 4pm
WHERE: Enterprise Square, Main Atrium
WHY: To help reclaim one of Edmonton’s lost spaces!

Next steps and additional information will be provided at the open house. Anyone and everyone is invited, so spread the word!

Now that I’ve had a chance to think and talk to a few people about yesterday’s LRT route announcements, there is one aspect in particular of the Southeast LRT route that I am quite excited about.

I think the answer is a big yes (minus the high-floor, underground, elaborate stations…low-floor FTW).

If you look closely at the recommended route for the Southeast LRT corridor, you’ll notice that it goes from downtown through Louise McKinney Riverfront Park and across the river to the Muttart Conservatory (where there should be a stop).

Did you catch that? The LRT will go through the crown jewel of Edmonton, the river valley!

A low-floor, urban style LRT route from downtown through the river valley opens the door to all kinds of possibilities. Most obviously, it makes the river valley accessible to all – no more talk of building an incredibly expensive funicular. More significantly, it creates the potential for some development along the river valley. Think riverfront restaurants, pubs, and other attractions. Don’t get me wrong, I don’t want to turn our river valley into an outdoor West Edmonton Mall or anything like that, but I do think that we often fail to make the most of what is perhaps our best asset. I think an LRT stop at the Muttart Conservatory could spur a number of interesting ideas and concepts.

Now to be clear, this isn’t guaranteed to happen. They could still switch the stations or even potentially the route. And I don’t know how they plan to get from downtown down to the river. There are a lot of unknowns. Still, I think the potential for this is incredible. That’s why I’m excited about the Southeast LRT route, and why I think you should be too!