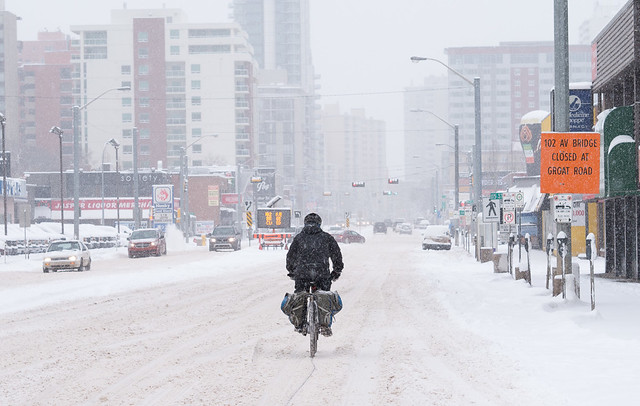 My brother bought me LEGO Star Wars II: The Original Trilogy for my birthday (which was Dec. 28) and we spent quite a bit of time playing it over the last couple days before he went back to Red Deer. I think I am hooked! I never played the original LEGO Star Wars game, but I almost want to go and buy it now. The concept always sounded kinda funny to me, but now that I’ve played the game, my laughter has been replaced with awe. The game is simple yet incredibly fun to play!

I was browsing around Wikipedia today, looking for information on the LEGO games, and I found this:

LEGO Batman is an adventure video game developed by Traveller’s Tales. It will be similar to the LEGO Star Wars series, in that it will both be a game based on a licensed property and have environments, objects and creatures made out of LEGO.

Awesome! That was the first thing I thought of while playing LEGO Star Wars – I thought, “they should make lots of LEGO games!” It’s such a wonderful environment for fun, light gaming.

Seems they are way ahead of me:

Upon being contacted, developer Jonathan Smith (games programmer) stated that they will definitely be developing more LEGO games in the future.

One of my favorite toys as a kid was LEGO. My brother, sister and I played with it all the time! It’s almost too perfect that LEGO is now playable on my new favorite toy, my Xbox 360.

Revenge of the Sith opened yesterday, as I am sure you’re aware. How could I not go? I have been waiting for this movie for a long time now. I had big expectations going in. Some of my friends warned me that I was setting myself up for disappointment, but I would retort “that’s a risk I’m willing to take!” And I am glad I did. I was not disappointed. So with that, here’s my mini-review, which might contain spoilers if you don’t know the story.

Where to start? Episode III is everything the first two movies were not. Exciting, visually stunning, emotionally grabbing, and it tells a story too. Actually, that’s a good place to start. There is more story told in ROTS than in the first two movies combined. If I had one complaint about the movie, it would be that there was so much story to tell, the ending felt sort of rushed, or abrupt. Fans of the series will be happy to know however, that the story which is known so well is finally explained on screen. It’s different knowing the story about how Darth Vader came to be than it is seeing it brought to life by George Lucas. I think ROTS has been placed in the role of “bridge” from the new movies to the old movies, and it does an excellent job of that.

I expected lots of death, lots of light sabres, and I definitely got that. The effects were what you’d expect from a Star Wars movie; amazing. It was also interesting to see some of the other worlds explored, for example, the home of the Wookiees (if you like those furry guys, there’s lots of them in ROTS). The battle between Anakin Skywalker and Obi-Wan Kenobi was amazing, as was the battle between Yoda and Darth Sidious. They have been called two of the most anticipated on-screen battles, and they do not disappoint. I am continually amazed at Yoda’s capabilities!

What I did not expect, was to get so completely pulled into the story. I mean, I knew what happened to Anakin, but I never thought it would be so emotionally jarring. You can’t help but feel bad for him. In one single movie, Anakin destroys everything and everyone he has ever loved. He changes completely – mentally he is drawn to the darkside and is quite simply destroyed by the death of Padmé. Physically, he is destroyed too, hurt badly in the battle with Obi-Wan Kenobi. When he first becomes concious in the new suit, he is told by Lord Sidious that Padme is dead, and Anakin lets out a terrible scream (actually, it reminded me of Frankenstein). In that moment, you can see that he is destroyed. The chosen one has lost everything, and is now imprisoned in the black suit keeping him alive. It’s actually very sad.

That’s the best part of the movie. Lucas creates a villain you can’t help but feel sorry for. Is Revenge of the Sith the best Star Wars movie ever? Maybe. What could possibly rival the death of Darth Vader? Well his birth of course. In any case, Episode III is much better than the first two. This is supposed to be the last Star Wars movie, and maybe it will be, but I’m holding out hope for episodes seven through nine.

Some other things to point out:

If you want to read more reviews, check out the Episode III page at Rotten Tomatoes.

Yesterday I went to see Kingdom of Heaven with Megan (which was excellent by the way, I’ll probably write about it later) and one of the previews was the new Star Wars Episode 3 trailer. That movie looks so awesome, it’s not even funny.

Jason Calacanis, head blogger at Weblogs Inc., recently saw the movie and declared Revenge of the Sith as “the greatest Star Wars film ever.” I sure hope so, and I just can’t wait to see the movie now!

If you’re looking for a little something to tide you over until the movie is released on May 19th, check out Star Wars Revelations, an independent film by Panic Struck Productions. It’s really amazing what can be done these days without a movie studio behind you. If you’d rather do some reading, Wired’s latest issue has a ton of Star Wars stuff, like Life After Darth, and an article on the brand new gaming and effects factory George Lucas is building.