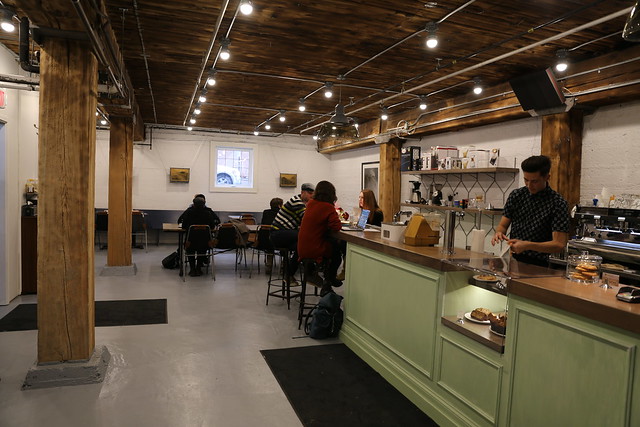 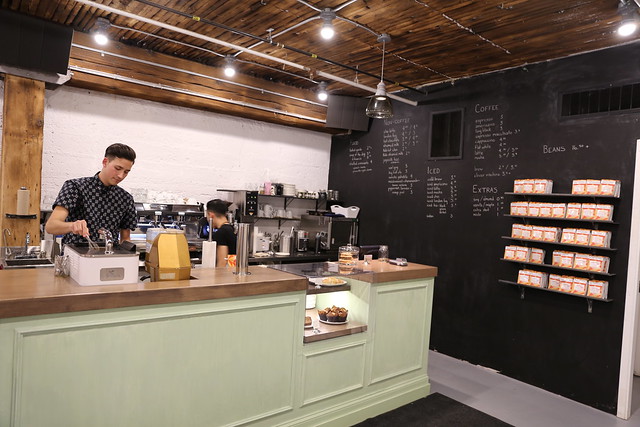 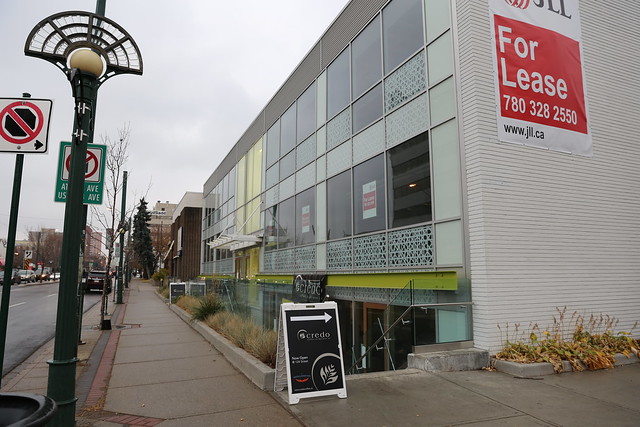 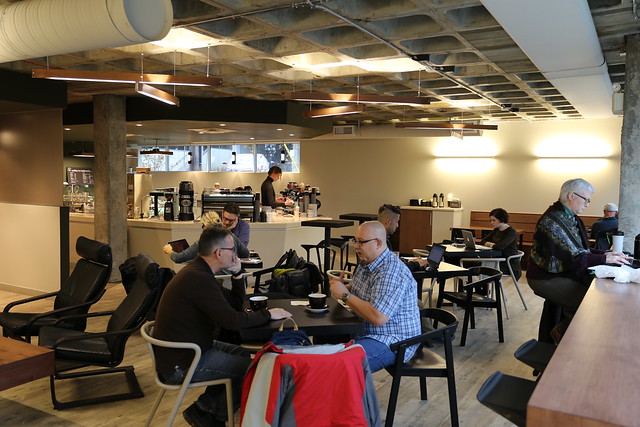 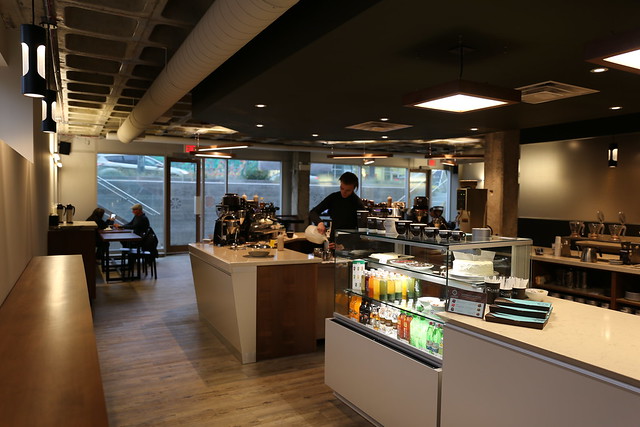 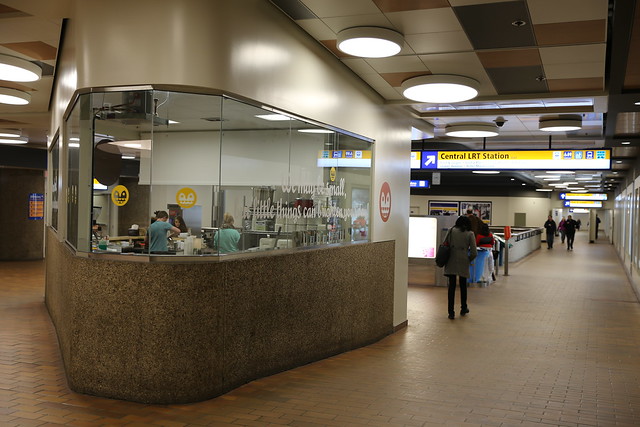 I’ll admit it – I like having my cup or two of coffee in the morning. I especially like Starbucks (the brand perhaps more so than the coffee itself), and I do my best to visit one in each new city that I travel to. I enjoy coffee, and some might say I’m passionate about it. But I’ve got nothing on the guys at Transcend Coffee! They really are passionate about all things coffee.

On Friday night, Sharon and I finally made it over to Transcend for one of their monthly coffee tastings. I say finally because we were registered to go in May, but had to reschedule. I think everyone has heard of a wine tasting before, but I had never heard of a coffee tasting until Sharon asked me to go. Turns out there’s a special name for such events – a coffee tasting is also known as a cupping. The New York Times wrote about the trend recently.

We were the second couple to arrive, and were immediately offered wine and cheese. Turns out the founder, Poul Mark, is also fond of wine! Assisting him for the evening was Transcend’s Chief of Culture, Andrew Legg.

Once everyone arrived, Poul welcomed us with a brief introduction and then we filed into the back for the first event – a profile roast and tasting. As you can see to the left, they roasted beans six different ways – light to dark. They made sure to point out that the darkest roast is still far lighter than anything you’d get at Starbucks. After steeping the grounds, we were invited to slurp a spoonful of each cup, to compare the light to the dark. I was surprised to find that you could really taste the difference! I liked the darker ones. We learned the correct etiquette for cupping: take your slurp, but hold your comments until everyone is done.

Next we moved on to the roaster. Poul got it working, explaining everything as he went along. He told us that Transcend roasts about 13 pounds of coffee per day. While we waited for the beans to roast, Andrew explained the various coffee regions of the world on the big map. In addition to being incredibly knowledgeable, Andrew is extremely personable – it was immediately clear to me why he’s the Chief of Culture and spends his time talking with customers.

The final part of the evening was a world coffee tasting. Each cup was made in the Clover, and instead of using coffee mugs we had our samples in wine tumblers. As we drank we talked. The group kept peppering Poul and Andrew with questions, and they always had answers! After tasting three or four different coffees, we each received a half pound of our choice.

I wasn’t sure what to expect with the coffee tasting, but I ended up really enjoying it! As with anything, if you’re surrounded by people who are passionate about something, their passion and enthusiasm is going to wear off on you.

I think Transcend does a great job of sharing their passion, both offline and online. They host the coffee tastings obviously, and they travel abroad too, both to industry events and to “the source” – the places where the beans are grown and picked. They are also quite active on the web, with an attractive and up-to-date website, a regularly updated blog, an email newsletter, and a Flickr account for photos. I’ll have to try and get them to join Twitter!

My photos from the evening are here. Coffee tastings at Transcend are $25 per person, or $45 per couple – you can find more information here.