The 27th annual Mayor’s Celebration of the Arts took place last night at the Winspear Centre. It was the first for Don Iveson as mayor, and he seemed to enjoy the opportunity, telling the audience, “I’d be lying if I said this wasn’t one of the reasons I wanted to be mayor.” He made a point of shaking every winner and performer’s hand on stage, and happily snapped photos with and high-fived other nominees and guests in the lobby before and after the show. He even took out his phone while on stage and said, “it’s not an awards show without a selfie!”

Thrilled to be at Mayor’s Celebration for #yegarts with artists, their supporters, & @PACEdmonton! #yegcc #mca2014 pic.twitter.com/8iXIygxUer

//platform.twitter.com/widgets.js This year’s event supported the Music Enrichment Program, which provides stringed music and orchestral lessons to children across the city. The non-profit organization first began in 1959, and today is administered by the Edmonton String Players Association. Here’s a sample of the work of some of their students:

Here’s an excerpt from Mayor Iveson’s message in the program:

“This yearly event brings together artists, businesses, media and many others to celebrate our city’s finest artistic talent. Supporting our arts scene is integral to making Edmonton a diverse, vibrant place to live, and I congratulate tonight’s nominees for contributing to our city’s dynamism and quality of life.”

The evening was hosted by Bridget Ryan and Mark Meer, a wonderful pair that kept things moving with humor and energy throughout. Behind them was an incredible stage built by Production World which featured original artwork by Jason Blower. The best part is that it was animated! 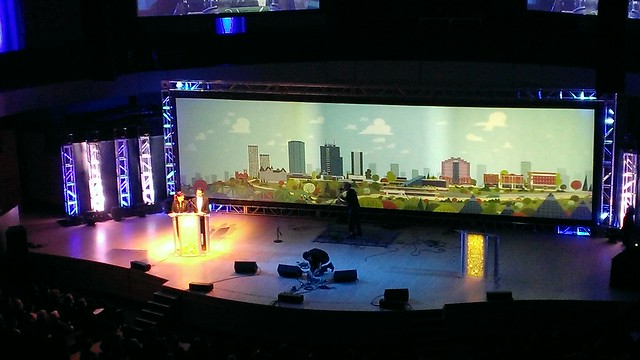 Mayor’s Award for Innovative Support by a Business of the Arts
Capital Power Corporation, nominated by Art Gallery of Alberta 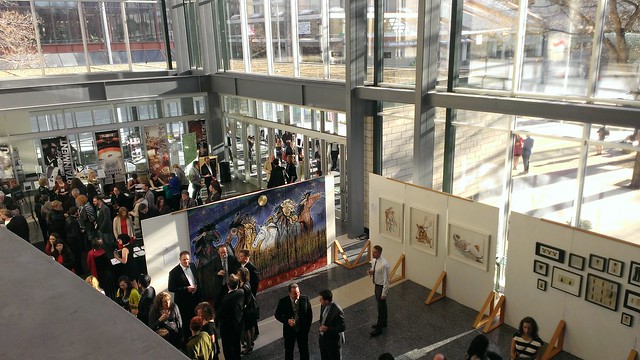 The lobby also featured the work of three visual artists:

The program run quicker than in previous years, taking just over an hour and forty-five minutes. It flew by with the amazing performances the audience was treated to! Jeff Stuart got things started with a great three-song set, which featured wonderful strings. We got a taste of the show Mercy of a Storm by Brian Dooley and Gianna Vacirca. Ariane Mahryke Lemire’s performance a little while later was Sharon’s favorite of the evening. I thought our Poet Laureate, Mary Pinkoski, stole the show with her incredible slam poetry. We took a break for some humor next, with a bit from The Irrelevant Show that joked about the Edmonton Oilers and their continued rebuild into the year 2029. Closing out the formal program was Mitchmatic, who provided the music for Kelsey Wolver’s impressive hoop dancing and Sugar Swing’s high-energy number. 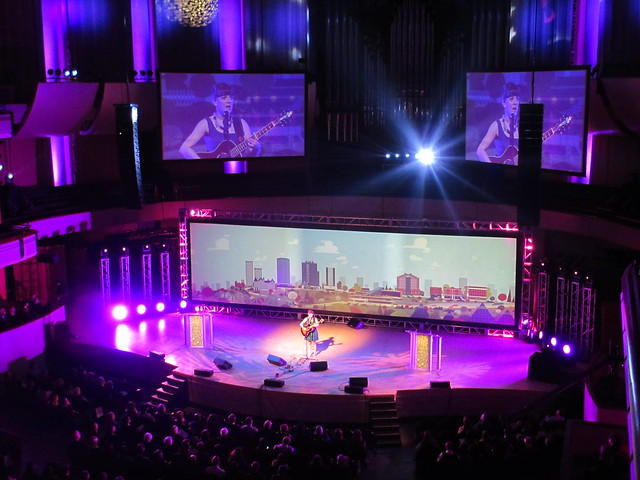 After the formal program guests were encouraged to enjoy drinks and food in the lobby. Elm Cafe made some delicious tasting boards that very quickly disappeared! With the quicker program, it seemed like more people were willing to stick around. 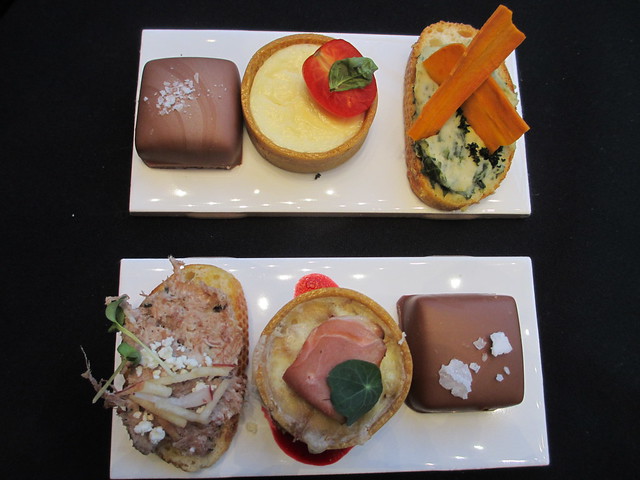 Kudos to the Professional Arts Coalition of Edmonton for another successful event, but I want to especially recognize Catch the Keys Productions. This was the first year that Megan and Beth Dart worked with the Mayor’s Celebration of the Arts, and I thought they absolutely hit it out of the park! They produced the evening and are directly responsible for all of the wonderful things I wrote about above. Great work, and I can’t wait to see how you’re going to top this!

You can read last year’s recap here. See you at the 2015 Mayor’s Celebration of the Arts!

I was thrilled to once again play a small role on the Steering Committee for the event. It’ll be interesting to see how the Mayor’s Celebration of the Arts evolves now that Mayor Iveson will be around at the start of planning for 2015!