The week begins on Monday with a Community Services Committee meeting scheduled from 9:30am until 5:30pm. There are just four reports on the agenda, and one response to an inquiry from Councillor Oshry. Here’s what caught my eye:

Councillor Oshry made an inquiry back in October about the Highway Entrance Signs that you see as you enter the city. He wanted to know what the process was for removing and replacing them, what the options were for determining the design and contents, how such a project might be funded, and what the public engagement process might look like. Here’s what the report says:

I would be surprised to see this report go anywhere beyond Committee – I don’t think there’s an appetite to fund such a project.

The Varscona Theatre is being rehabilitated at a cost of $7.5 million. The City’s contribution is $2 million and Policy C532 says that all new buildings and major renovations to City-owned buildings must achieve LEED Silver certification. Exemptions can be made however, where achieving that certification is deemed impractical.

In the case of the Varscona Theatre, which was built as a fire hall in 1957 and converted into a theatre in 1982, building to LEED Silver would increase total project costs by 11-15%. The report states that the project “is still adopting sustainable design and construction practices where feasible.” 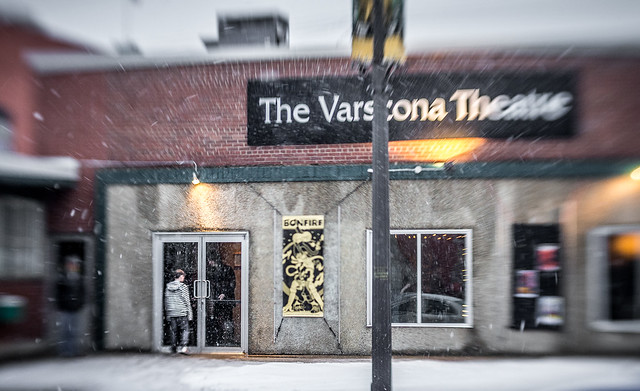 The reconstructed Capitol Theatre at Fort Edmonton Park was also granted an exemption back in 2011.

Here’s what the other reports are about:

On Tuesday, the next Executive Committee meeting is scheduled to take place from 9:30am until 5:30pm. There are eleven reports on the agenda, six of which deal with requests for tax cancellation, deferral, or refunds. Here’s what caught my eye:

Pictometry Canada Corp. provides high-resolution digital imagery of the city through aerial photography. They use fly-bys to create high resolution images of the ground that can be used for many City processes. These images are not unlike what you’d see in a tool like Google Earth, but they are more frequently updated, are higher resolution, and integrate into existing City software.

In 2013, more than 100,000 images were viewed by City staff. That number grew to over 500,000 last year. The City expects usage to grow and is looking to enter into a five-year contract with Pictometry for about $1.1 million.

“Having reviewed several options, Pictometry has proven itself to be the best tool for the City of Edmonton’s purposes. It is the only service provider that is able to integrate its technology directly with other City enterprise priority systems, allowing for seamless interface between them.”

St. Albert, Calgary, Wood Buffalo, and Fort Saskatchewan are some of the other municipalities that use Pictometry.

Impact of the Alberta Wetlands Policy on City Wetlands

The Government of Alberta will be implementing the Alberta Wetland Policy in June 2015, and this report attempts to provide some insight on the impact it will have on City wetlands. About 1,100 hectares of wetlands remain with in Edmonton’s corporate limits, which is 1.6% of the City’s land base. As you might expect, most of those wetlands are in the undeveloped parts of the city.

If an organization wants to do something with wetlands in Edmonton, they currently need to pay a compensation rate of $19,000/hectare. The report notes this isn’t very much:

“When working within a large urban context where property values are higher (in many cases over $300,000/ hectares), it is financially more attractive for most applicants to pay compensation at a rate of $19,000 hectares to fill in a wetland than to protect it.”

The impact of the new policy isn’t fully understood yet. It will increase the area of regulated wetlands in Edmonton from about 600 hectares to 1000 hectares, but the financial impacts “cannot be evaluated until implementation details are released later in 2015.” The City has started a Wetland Task Force to work to understand the potential impacts of the policy.

The report attachment outlines the agreements greater than $100,000 for the reporting period.

Four organizations (Edmonton Chevra Kadisha, South Shore Country Club Inc., Habitat for Humanity, and CASA Child Adolescent and Family Mental Health) requested special Council consideration for their taxes to be cancelled, but all four are recommended to be denied. Wellspring Edmonton, which was granted a tax deferral last year, is requesting a further deferral. The recommendation is to approve that, and to bring a new report to Executive Committee in 2016.

Finally, there’s a recommendation to approve tax refunds totalling $74,061.48 as well as any associated penalties. These refunds are for non-profit organizations for the period of time during which their facilities were under construction and not in use.

There’s a report pending on the pedway to the Galleria and Royal Alberta Museum, but it’s not ready yet. It’ll provide an update on the Sole Source Agreement (which basically means there’s one vendor in particular that the City has solicited and negotiated with).

There’s a status update on the Cornerstones Inclusionary Affordable Housing program. “The City has paid, on average, $200,000 per unit using Cornerstones I funds for a total investment of $4.2 million. The market value of this portfolio at the time it was acquired was $4.9 million.” Administration is planning to bring an official policy forward for consideration in the second quarter of 2015.

The next Transportation Committee meeting takes place on Wednesday from 9:30am until 5:30pm. There is one report on the agenda as well as two responses to Councillor inquiries.

The ETS Fare Policy was last updated in 2013 to increase the U-Pass fare by $7.50 per year for the next four years (ending in 2016). Since then, Council has also adopted a new Multi-year Budgeting Policy (in September 2014). As a result, Administration is bringing forward a revised policy that brings it in line with that new process. But don’t worry, the public will still get a say: “Citizens will be able to provide feedback on a proposed multi-year fare policy as part of the submitted Transit Branch Business Plan.”

Potholes in Back Alleys (Councillor Knack)

Councillor Knack inquired back in October about the process for repairing potholes in back alleys, about the general condition of back alleys, and if there were any plan to address the long-term sustainability of those alleys.

The report responds as follows:

Back in September Councillor Anderson made an inquiry about the streetlight pole maintenance and replacement program. Here are the highlights from the response: