Nobody fills a room like our mayor, Don Iveson. He delivered his second State of the City Address on Monday in front of an absolutely packed house at the Shaw Conference Centre. Roughly 2,200 people attended the annual event hosted by the Edmonton Chamber of Commerce. We’re in the middle of a provincial election of course, so there were plenty of candidates in attendance yesterday and more than a few people wondering what, if anything, Mayor Iveson might say. On the topic of the provincial government, he did not tread lightly. 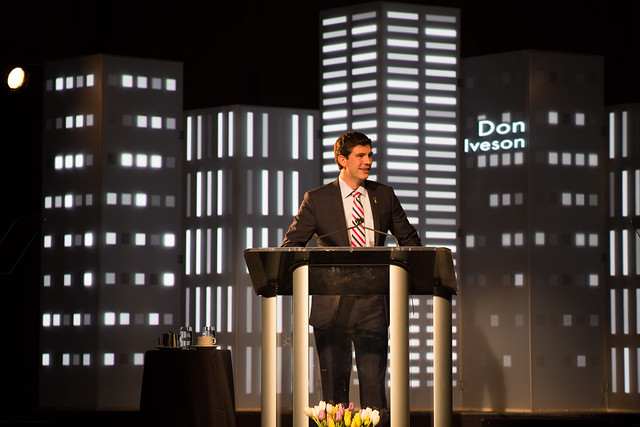 “Edmonton is too important to Alberta’s future to be ignored,” he said near the end of his remarks. “That’s why I’m confident that no matter what Albertans decide on May 5, together, you along with our City Council, will not stand for any provincial government ever forgetting about Edmonton again.”

Mayor Iveson spoke for nearly 30 minutes before getting to that point. He spelled out why Edmonton matters, he talked about the opportunities that are before us, and he consistently pointed out that we could do more if only the Province would come to the table as a partner. “I want to be clear about what partnership means to me,” he said. “It means that both parties recognize their mutual interest in achieving something great together.”

Saying that there have been “some important steps” in the city charter talks thus far, Mayor Iveson made it clear that he expects the new government to continue that work. “To abandon or shortchange the charter would be to miss the chance for Edmonton to be a true partner in building this province,” he said. On homelessness, social services, early childhood education, climate change, and infrastructure, Mayor Iveson said that “Edmonton has shown we do deliver results” and challenged the Province to “give us the responsibility and resources necessary to get to the finish line.”

If there was a theme to the mayor’s remarks, it was resiliency. He opened with a compelling story about the great flood of 1915 that left an estimated 2,000 people homeless and which devastated businesses and entire industries. “Other places in similar circumstances might have let all their hope and promise be swept away,” he said. “But not Edmonton.” His message was clear. Just as our 1915 counterparts made smart decisions for the long-term, so must we.

Though the price of oil is down and there are layoffs in Alberta, Edmonton’s economic picture is much rosier he told us. “Edmonton is weathering this downturn,” he said. Citing the “unprecedented” number of cranes in the downtown, Mayor Iveson talked about the continuing confidence here in Edmonton. Last year Edmonton became the fifth largest region in Canada, “a quiet but important milestone.”

If you’re here in Edmonton, you know these things. But others around the country and around the world do not. “It’s never been more important for us to tell a clear and consistent story about Edmonton,” he said. Yes, he mentioned Make Something Edmonton, but I think Mayor Iveson really intended for his remarks on storytelling to be one of those smart decisions for the long-term. He suggested we start talking about “Edmonton Metro” which at 1.3 million people, “will be a force to be reckoned with.” This is an evolution of the “Edmonton Region” term he started using as soon as he was sworn in as mayor. Unlike “region”, the term “metro” is distinctly urban, is cohesive, and highlights the confidence of Edmonton at its core. 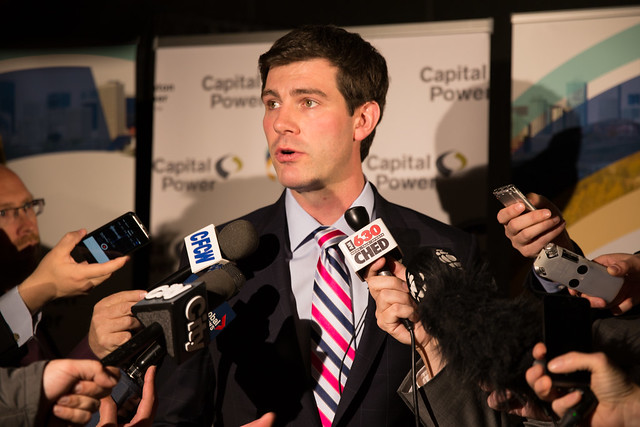 We need more than a great story for Edmonton to continue to prosper, however. “Mass transit has the potential to transform a city in a way that few other infrastructure investments can,” Mayor Iveson said. He highlighted the federal government’s new transit building fund and said it could be great for Edmonton, “but only if our Province steps up and matches this ongoing commitment.”

He also talked about the task force to end poverty and the importance of sharing Edmonton’s prosperity with all Edmontonians. While work is well underway here, the mayor called out the Province for not taking action since unveiling the Social Policy Framework back in 2013. He talked about the Year of Reconciliation and said “we can show the way for a new vision of Canadian city that lives and breathes the treaty spirit.” He spoke about climate change and said our cities “are not prepared to deal with it.” And he said that “Edmonton can play a role in changing a conversation that has, for too long, hurt the way the world sees us.”

Mayor Iveson also had some interesting things to say about cities. “We’re the agents of change in Canada and, today, we matter more than ever,” he said. “Cities are increasingly the places where the work is getting done.” He talked about how cities “are the crossroads where resources and creativity intersect” and said nowhere is that more true than right here in Edmonton. 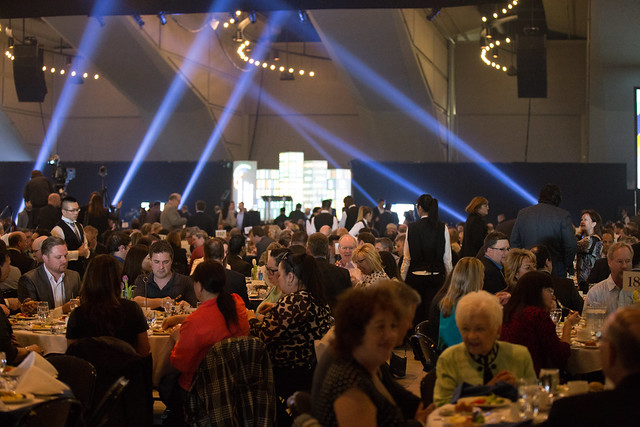 I thought Mayor Iveson carried greater confidence through his remarks this year compared to last. The highlight of his speech last year, when he looked right at Premier Redford and called for provincial funding for the LRT, was not possible this year with the uncertain political future of Alberta so he needed to be strong throughout. He looked and sounded at ease and his delivery was much better.

It’s true that most of the things he said on Monday were similar to things he said last year. The importance of LRT, the opportunity that comes with being an Aboriginal city, the need to end poverty rather than manage it, the baby steps toward a city charter, and even the need to talk about Edmonton as the heart of the region were all things he touched on in 2014’s State of the City address. But it wasn’t the same message. I think there are two key differences. First, while last year was a bit heavy on ideas and what’s coming, this year he talked about accomplishments, like the task force to end poverty which is well underway or the Open City initiative which is already have a positive impact. Second, he focused on Edmonton’s strengths this year rather than its needs. Edmonton is resilient. Edmonton is compassionate. Edmonton gets things done.

Things are uncertain at best in Alberta right now, but Edmonton is well-positioned for now and for tomorrow. I think it was wise to take advantage of the timing, to contrast Edmonton with Alberta, and to make it clear that Edmonton can play a bigger role in helping turn things around for the whole province.

You can see a few more photos from the event here.