Council really hit the ground running on Monday with a big discussion on the Metro Line LRT. That topic looks set to dominate the news next week too, as Council discusses the City Auditor’s report on the delayed project. The other topic you’ll probably hear some grumbling about is the report on what to do with our city’s entrance signs. Replacing them could take two years and cost up to $2.5 million!

As it was last week, the biggest item before Council will no doubt be the Metro Line LRT. On Monday morning Council will start with a special Audit Committee meeting, to discuss the City Auditor’s report on the issue. 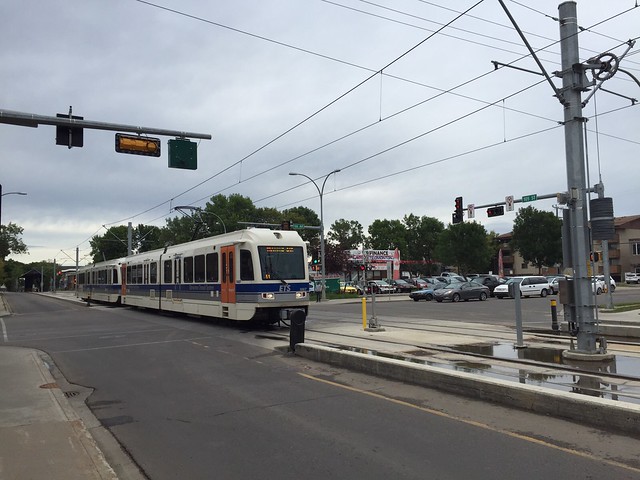 There are some pretty shocking things in the report, including the fact that senior management at the City seemed to be completely in the dark about potential delays until late 2013, as Mayor Iveson wrote about. Delays in planning were identified as early as January 2010 and construction delays were identified as early as August 2010, but these delays were not adequately communicated.

One of the key issues identified was the decision in February 2010 to split the Communication Based Train Control (CBTC) signalling contract and the civil construction contract. This meant that the construction activities were not coordinated and that contributed greatly to the delays. On top of that, the contractors involved seem to have agreed to timelines that were unrealistic and unlikely to have been met even if everything else had gone smoothly.

In addition to identifying a number of lessons learned, the Auditor made three recommendations:

City Administration did accept all three recommendations. They’re still going to get grilled hard by Council though.

The other item I’m betting will have lots of Edmontonians talking is the update on our city’s entrance signs. I wrote about the history of our current entrance signs here and discussed some thoughts on how they should change here.

As Council previous directed, all the “City of Champions” placards have been removed. So the signs just say “Welcome to Edmonton” now.

The report identifies four options for changing the signs, ranging from low cost to high cost:

In part to facilitate construction of Anthony Henday Drive, some signs have been removed over the years, and the report says it could be an option to look at adding some of those back.

Where would the money come from? For option 1, existing operating budgets would be enough to cover it. For any other option, an increase of funding or a delay to other projects would be required.

One of the reports on the Utility Committee meeting agenda compares the incremental cost of City employees to the cost of hiring consultants. Here’s the key table:

(CEA is the Consulting Engineers of Alberta)

The report concludes: “Drainage Services will continue to be vigilant in hiring internally while practicing due diligence when retaining external consultants.”

The Jasper Place ARP, Bylaw 17260, is ready for three readings after the public hearing has been held. The ARP covers the neighbourhoods of Britannia Youngstown, Canora, Glenwood, and West Jasper Place, as well as portions of the Stony Plain Road BRZ. Developed over the past two and half years, the Jasper Place ARP “provides guidance on future land use and City investment in Jasper Place, and will help to guide change and growth over the next 15 to 20 years.”

“Whereas the large majority of home owners have previously expressed a strong desire to remain single family area, therefore, I move that the area from the lane west of 149 Street to the lane east of 156 Street between 95 Avenue and 100 Avenue remain RF-1, which is the equivalent zoning to what presently exists in the area.”

That’s Kenneth Newman, the last mayor of the Town of Jasper Place. When the town amalgamated with Edmonton in 1964, Newman was elected as an alderman. He retired in 1983. The park at 10802 150 Street is named after him.

The Jasper Place area will eventually receive three new LRT stations as part of the Valley Line LRT, which provides a great opportunity for transit-oriented development. Other goals of the ARP include: “enhancing the Stony Plain Road commercial corridor as a vibrant, mixed use pedestrian shopping area”, “increasing housing choice by introducing more housing options”, and “providing adequate infrastructure now and in the future.”

There are 11 committee reports on the agenda for Tuesday’s Council meeting, including:

There are 28 bylaws on the agenda for Tuesday’s Council meeting, most of which are for the closure of vehicular access. Others include: