It looks like Council has a busy week ahead! They’ll be looking at Northlands and the question of what to do with Rexall Place, a topic that is sure to dominate the headlines early in the week. The other contentious issue on the agenda is the District Energy System for Blatchford. Council is also receiving a big financial update this week. 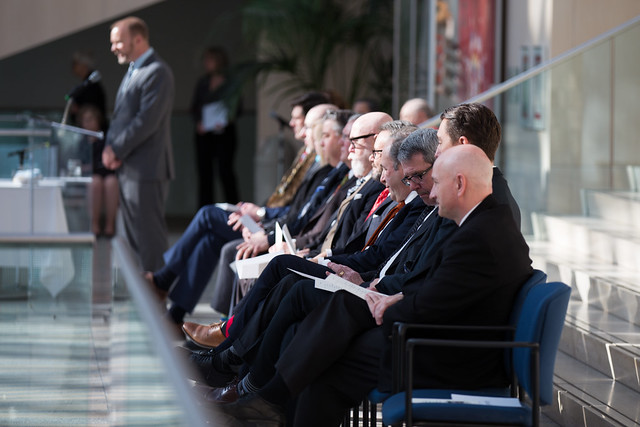 The first item of business for Council is to discuss the Northlands Vision 2020 proposal. The plan has been called a fantasy, and it has been suggested that Northlands itself “has no particularly strong reason for carrying on.” But in the absence of an alternative vision for what to do with the site, there’s a real chance that Council will support the plan, at least tentatively. The City hasn’t brought any leadership to the table on this issue (only very minor adjustments have been made to the Coliseum Station ARP that was approved in 1983).

An economic impact assessment conducted by NICHOLS Applied Management suggested that Vision 2020 could result in an overall positive impact to the provincial GDP of between $680 million and just over $1 billion, with about a third of that directed within Edmonton.

Does turning Rexall Place into the Ice Coliseum, a facility with seven sheets of ice, at a cost of between $76 million and $94 million make sense? Is there actually a need for the proposed Urban Festival Site that would replace the racetrack? Should we really sink another $40 million into Hall D when Northlands already owes more than $40 million for the last Expo Centre expansion? These are some of the questions that Council will have to explore.

It seems unlikely that anything will happen unless Council agrees to forgive the debt on the Edmonton Expo Centre. And I don’t think Council is likely to do that without seeking some major governance change at Northlands. Could this be the opportunity to redraw the lines between Northlands and EEDC and come up with a more sensible deployment of limited resources?

Council will also be looking at the 2016 Northlands Capital Budget. Northlands is planning to spend $3.8 million this year on capital improvements, including $641,243 in the Edmonton Expo Centre, $880,121 on “technology and telephony”, and $815,358 on asphalt repair.

There is also Bylaw 17607 on the agenda, an amendment to the existing bylaw that allows for a ticket surcharge on all events held at Rexall Place. The new bylaw will be known as the Rexall Place Ticket Surcharge Bylaw, and is required to comply with the Master Agreement between the City and the Edmonton Arena Corporation. It will come into effect on July 1, 2016.

There’s a lot of information available in this report and in the December 2015 Preliminary Year-End Financial Results. Here are some highlights:

Those 12 red projects are:

The latest update on the downtown arena district says that “construction continues to progress on schedule and within the approved budget.” There’s a lot of different work already underway, and “fit-out and finishing” is about to begin. The first seat was installed this month and all seating is expected to be in place in May. That’s also when the scoreboard is set to arrive. The Alex Janvier public artwork in the Winter Garden will be installed in June. As previously discussed, the arena will be a LEED Silver building, the second in the NHL after Pittsburgh. “Through the end of December, 87.2 percent (5,288 tons) of waste has been diverted from the landfill.” 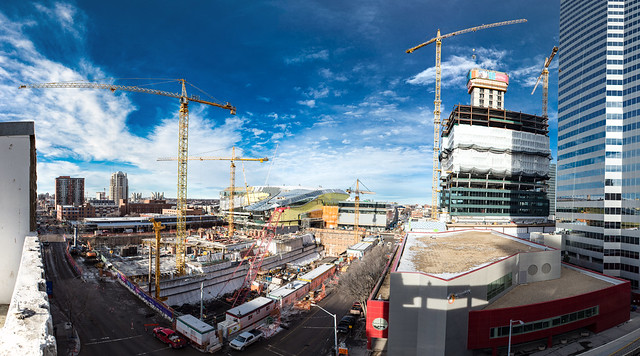 The update also includes a rough schedule for when the various buildings within Ice District will open:

A district energy system “centralizes the production of heating or cooling for a geographical area” and was one of the key features of the Blatchford development plan. Council had previously asked for “a comprehensive business case” for implementing the system, which is included in this report. The business case for the system recommends a low (ambient) temperature system operating as a public interest utility. Two scenarios have been modelled:

Administration says Scenario B is “a pragmatic first step” toward achieving the carbon neutral, 100% renewable energy-based vision for Blatchford, but it “does not achieve the same level of greenhouse gas reductions” as the Scenario A would. In order to move forward, a revised project implementation schedule is required and means that construction may be delayed until 2017. The source of funding has not yet been identified.

The next steps are for Administration to look at options for funding the project, engage in further discussions with EPCOR, and to review the financials and project implementation schedule.