I think we’ve had a difficult few years since the council was first established in 2013 but I am excited about the year ahead! We have agreed to focus on food security, have setup a website, and have established a few committees that have been working well together. There have been some big successes over the last couple of years including hens, bees, and the urban agriculture zoning changes, and I think there are lots of great opportunities ahead.

If you think you’d like to join us, you can apply online here. You’ll need your resume and two letters of reference to go along with the application form. The deadline to get everything in is 5pm on Monday, June 20, 2016.

What the Truck?! at Blatchford Tower

After a very successful first event of the season a few weeks ago at Northlands, we’re ready for round two! Our next What the Truck?! event takes place on Saturday, June 18, 2016 from 4-8pm at Blatchford Tower! You can see the event and RSVP on Facebook and you can check out the lineup and menus here. 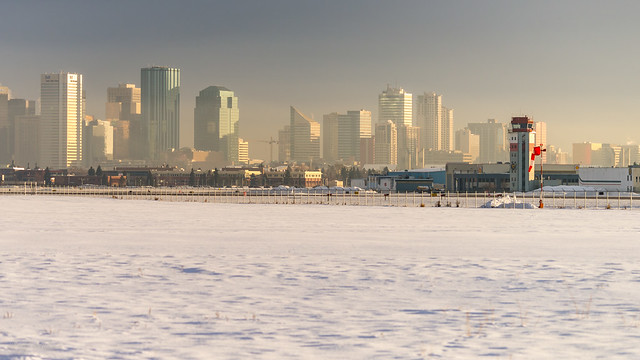 The event takes place along Airport Road right in front of the old City Centre Airport control tower (see it on Street View here). There won’t be any snow thankfully, but check out that view! This is going to be a fun location because in addition to learning more about the City’s plans for Blatchford, if you bring a donation for Edmonton’s Food Bank, you can go up inside the tower to get a unique look at downtown Edmonton’s skyline.

Admission is free as always, and there’s lots of parking at either the Ramada Hotel on the west side or Aviation Museum on the east side. I hope to see you there!

Last week the Advisory Panel on Metro Edmonton’s Future released its report. This new group was convened in September by the Metro Mayors Alliance which itself was only formalized over the summer last year. Here are the advisory panel members:

The Alliance was established “to support the global competitiveness and future prosperity of communities in the Metro Edmonton area” and the Panel was intended to “provide insight on matters for the region to further consider.” The cost of the panel was $600,000 which will be shared by the nine member municipalities which include Edmonton, Strathcona County, St. Albert, Sturgeon County, Fort Saskatchewan, the City of Leduc, Leduc County, Spruce Grove, and Parkland County. As Paula Simons noted in her column today, that group “represents nine municipalities with 95 per cent of the regional population, and 96 per cent of the regional tax assessment base.”

The report, called Be Ready, Or Be Left Behind, “provides a roadmap for creating a globally competitive, future-ready Edmonton Metro Region.” It highlights three critical systems for the region: economic development, public transit, and land use and infrastructure development. Can’t get much broader than that! At least they said public transit and not simply transportation. The report makes these recommendations:

Paula noted that this could become a major election issue next year. And she notes the potential impact of this group on the Capital Region Board:

“The 24-member Capital Region Board, created, somewhat forcibly, by then-premier Ed Stelmach back in 2008, isn’t nimble enough to give metro Edmonton the leadership it needs.”

Now that the report is out, it’ll be up to the nine mayors to do something about it.

You can follow this on Twitter using the hashtag #YEGMetroRegion and/or the shorter #yegmetro as adopted by the local media.