MacEwan University’s new coworking space Roundhouse held its grand opening celebration this afternoon inside Allard Hall. In addition to facilitating collaboration among students, faculty, staff, and alumni, the space is open to the broader community of local entrepreneurs, volunteers, and other “changemakers”, as Roundhouse calls them. “We’re a coworking space that is focused on building a community of changemakers through innovation and entrepreneurship,” said Amor Provins, senior manager at Roundhouse. “Together with MacEwan University’s Social Innovation Institute, we’ll be working to empower people and make a positive impact in our world.” 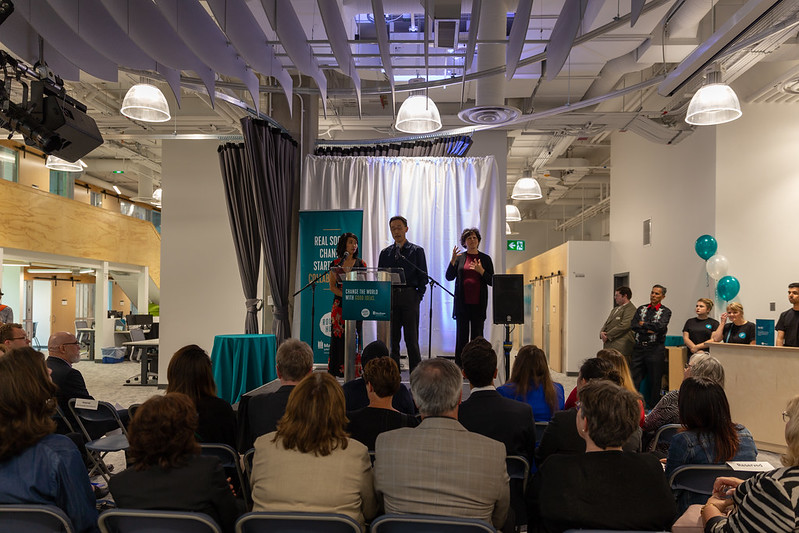 Special guests at today’s event included Marlin Schmidt, Minister of Advanced Education, who made everyone laugh with his train-related “Dad jokes”, thanking the organizers “for choo-choo-choosing him to open the space” and noting it “will lay tracks for the next generation.” Scott McKeen, City Councillor for Ward 6, and Elder Francis Whiskeyjack both brought remarks as well.

Attendees learned about the Roundhouse name and logo, both of which have significance. “When excavating the site for what is now Allard Hall (where we will be located), a train roundhouse was unearthed.” It serves as a metaphor for going in a new direction. The logo is a 13-sided shape called a triskaidecagon. “This number, that is so often perceived as unlucky, is also of significance in Indigenous cultures.” It is meant to represent Indigenous talking circles, because “at Roundhouse we believe a life-changing idea can come from anyone.”

We had the best time showing our new space to so many amazing people this afternoon at our Grand Opening! Thanks for joining us! #yeg #changemakers pic.twitter.com/Fc0V17mFJr

MacEwan University’s Social Innovation Institute “provides leadership and support towards fostering a culture of social innovation, engaging MacEwan students in initiatives and opportunities that have impact locally, regionally and globally.” Founding director Leo Wong said “as a downtown university, we focus on creating meaningful relationships with our neighbours to improve the economic and social vibrancy of our city, as well as being an environmental steward.” 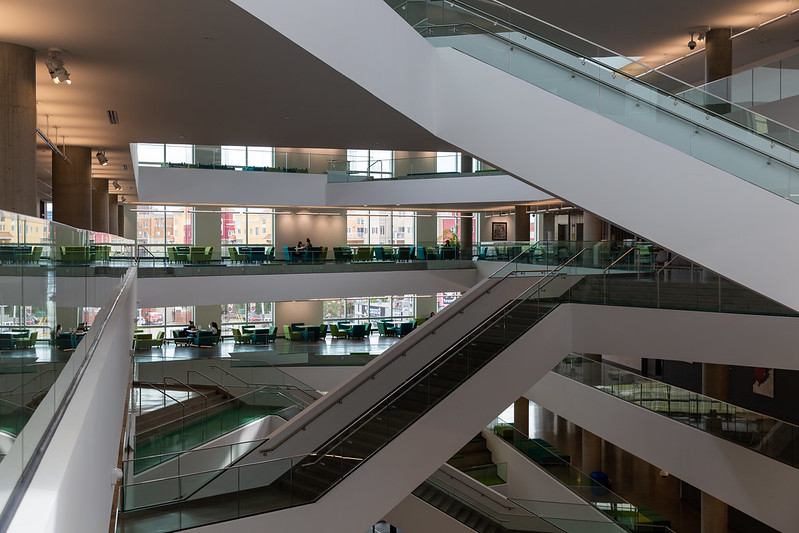 Roundhouse is located in the southeast corner of Allard Hall, the newest building MacEwan’s campus. It looks as you might expect a modern coworking space to look, with clean lines, bright accent colors, and plenty of natural light. 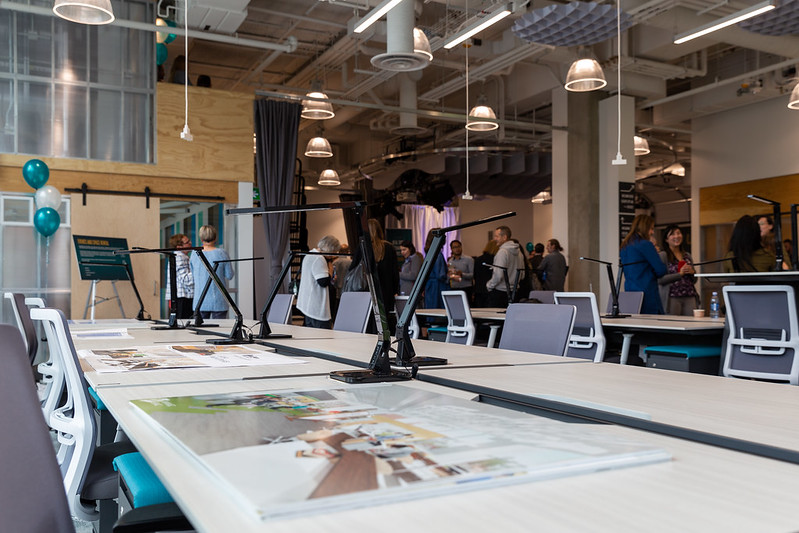 Roundhouse offers a Community Membership for $40/month that includes access to the common areas and all of its perks, including WiFi, the kitchen, special rates on programs and events, and of course coffee & tea “to fuel the magic.” Programs include office hour consulting sessions, mentorship opportunities, and workshops to build new skills.

The space includes plenty of meeting rooms, from small spaces for 2-4 people, all the way up to large conference rooms that can accommodate 20 people. The rooms can be rented by the community, and members have access to them for a certain number of hours per month. 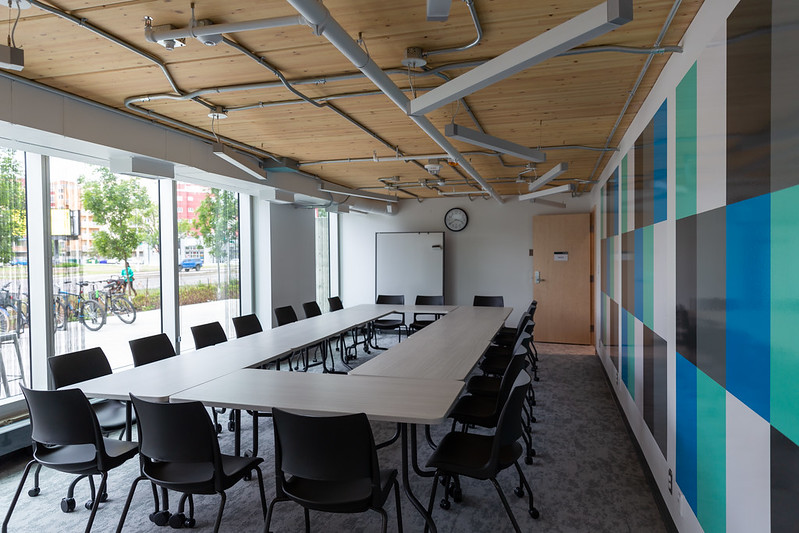 Hot desks can be rented starting at $80/month and dedicated desks rent for $400/month. 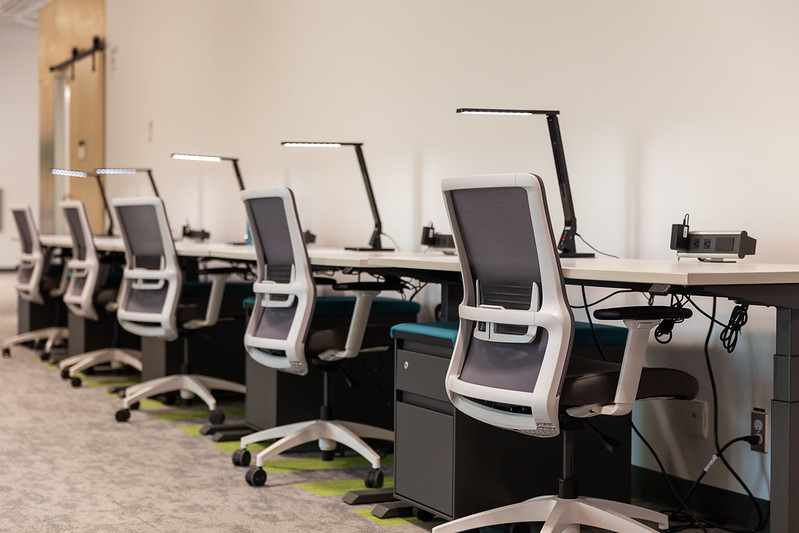 They also offer private offices starting at $700/month for up to 4 people. 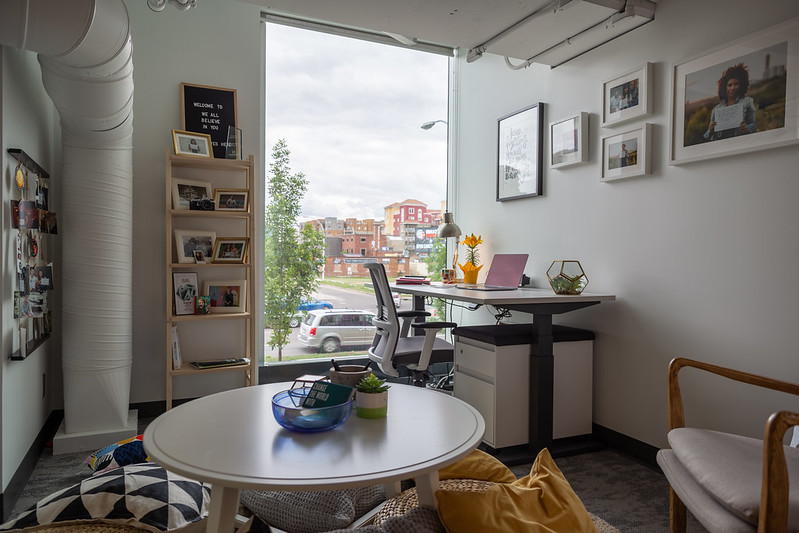 There is lots of flexible seating scattered around the space, including some giant bean bags that are waiting to be put into use! 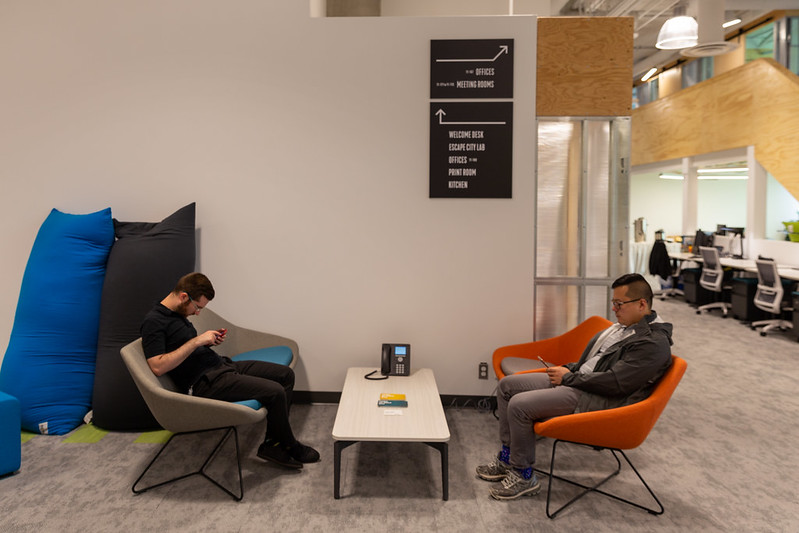 It’s a functional space, with a print room, kitchen, lots of power outlets, and all of the typical amenities you’d expect. But it’s also a fun space, with features like these pedal-powered charging stations! 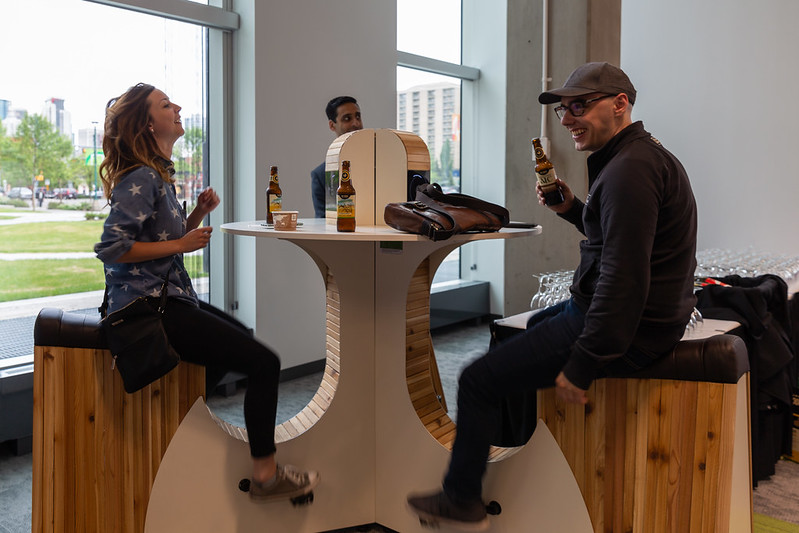 Learn more about Roundhouse here, and be sure to follow them on Twitter, Facebook, and Instagram. Roundhouse is celebrating its Launch Week with a number of “thought-provoking speakers, workshops, and community events” so there are plenty of opportunities to check out the space.

You can see more photos from the grand opening here.