I am always surprised when I’m talking with someone and they don’t know that Taproot has been a full-time endeavor for me for a little over a year now. But I shouldn’t be surprised. Though Taproot has grown significantly over the last few years and reaches more Edmontonians than ever, I haven’t written much about my working situation. My last update here was an embarrassingly long time ago in January 2017. So let me address that!

Taproot was still very much a side project throughout 2017 and into early 2018, though we did continue to take small steps forward. Karen Unland and I officially incorporated the business in 2017, for instance. For the most part we continued with our original membership-based model and we did publish a number of high-quality, original stories that explored questions posed by our members. We also built an award-winning microsite for the municipal election that fall.

In early 2018 we made a short-lived foray into chatbots which we thought might mesh well with our curiosity-driven approach. It didn’t work out (though I still think the idea has merit and could work some day). One of the key things we learned during that time was the importance of "priming the pump" for curiosity. So in mid-2018 we launched our first official roundup, the Tech Roundup. It was inspired by the Edmonton Notes and Media Monday posts I have been posting here for years, and immediately it found an audience, which was certainly encouraging. We added a few others in the months that followed and developed a second revenue stream by offering sponsorship inside the roundups. We also launched our first podcast, Speaking Municipally, that summer after Troy Pavlek approached me with the idea.

Looking back, 2018 was a defining year for me. My daughter Emily was born (she just turned two!), my longtime day job ended, and I made Taproot my full-time focus. I also stepped away from most volunteer commitments and became more hesitant to say yes to things (well, I tried).

As you probably know, I started working at Questionmark in 2008 and led their worldwide product development team from 2014 onward. That relationship came to end in early 2018 when my position was eliminated. Questionmark has since exited the Edmonton market. I never anticipated staying as long as I did, but there were always new opportunities and challenges to tackle. I learned a lot working there.

I always knew I wanted to get back into entrepreneurship though. Growing up, my family owned and operated a pet store. That’s where I learned many of my earliest lessons in business. I started my first software company when I was in high school. While studying at the University of Alberta a few years later, I co-founded a podcasting company. Being an entrepreneur is something that I enjoy and identify with.

With my full-time focus on Taproot in 2019, we launched a few more roundups, attracted new customers, and spent plenty of time learning and building our products. That led to our third revenue stream and newest product: a curation-driven briefings service for organizations. Think of it like our roundups, but customized and personalized for a particular organization’s needs.

While subscriptions and membership are a key part of what comes next, they won’t make up for all that has been lost in local news. We need a way to capture more of the money that used to be spent on local news via advertising. That’s what we think our briefings service can do. 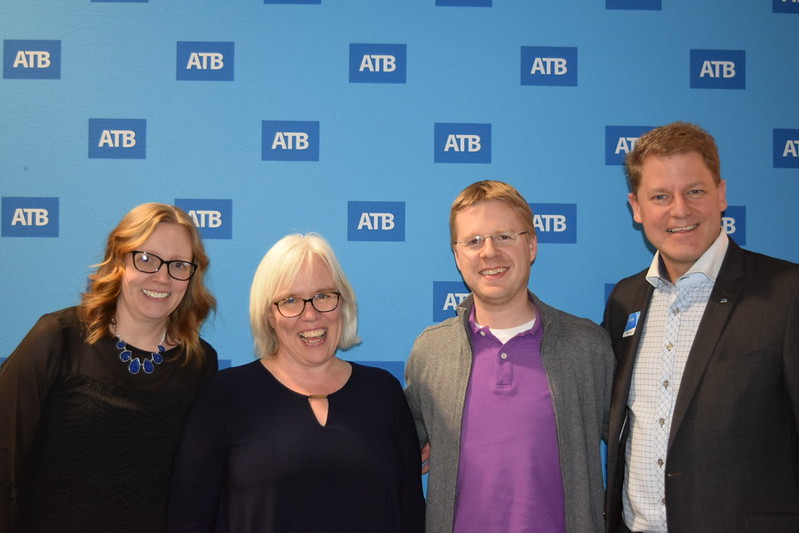 In the fall we were accepted into the first Edmonton cohort of ATB X, a business accelerator run by ATB Financial, to iterate on the idea further. It was a great opportunity to work on the business (rather than in it) and we took plenty away from the experience.

In the year ahead we plan to grow significantly. We’re iterating on our products, exploring options to increase our resources, and focusing on sales. We’ve got a solid foundation and are working hard to make the operation sustainable and then scalable (and replicable). The whole reason we started Taproot in the first place was to make it possible to tell important, valuable stories about our city and to use that experience to strengthen local journalism everywhere. That’s what we’re going to do.

How you can help

So that’s the update! I am focused on Taproot full-time. We’re building what comes next in local news. Our mission is to help communities understand themselves better.

Here’s how you can help:

4 thoughts on “Taproot is my focus”