Council starts the week with a Public Hearing scheduled to take place from 1:30pm until 9:30pm. There are 20 bylaws listed on the agenda – here are a few that caught my eye:

Bylaw 17059 and Bylaw 17069 will be considered together, and aim to designate Duncan Innes Park as a Municipal Reserve, which “formalizes its status as a park and offers protection against disposal and incompatible uses.” The park is located in the eastern half of the King Edward Park neighbourhood. The second bylaw is to rezone the park from RF3 to AP.

This bylaw is related to a larger project that is reviewing how the zoning bylaw regulates height and grade in the city. This particular bylaw is intended to “reduce delays in permitting walkout basement developments” and updates definitions and regulations pertaining to height. In addition to other changes, the amendment adds a new method for calculating grade, and removes the distinction between roof pitches steeper than or less steep than 20 degrees, which is “no longer a relevant determinant.”

Closures for The Armature along 96 Street

Bylaws 17054 – 17058 are all for closing portions of 96 Street, from Jasper Avenue to 103A Avenue, to facilitate the development of The Armature, a key feature of The Quarters Redevelopment. The Armature is meant to link The Quarters with the river valley, and will accommodate walking, cycling, public transportation, and private vehicles, but with higher priority given to pedestrians and cyclists.

This was supposed to be discussed at the January 26 public hearing but was rescheduled. The bylaw is ready for first and second reading, and must go to the Capital Region Board for review before third reading. This item is slated to be discussed at 2pm. You can read my previous post about this here.

On Tuesday Council will be holding a regular Council meeting. There are eight reports and five bylaws on the agenda. Council will also receive a verbal update from Administration on the Commonwealth Games bid, and Councillor Henderson has a motion pending on the planned elimination of the use of herbicides on City of Edmonton public lands.

There are three new reports:

The Master Agreement between the City and Northlands requires Northlands to submit each annual budget to the City within 30 days of being approved by the Board. It also enables City Council to object if Northlands plans to spend more than $250,000 on any single new construction project in a given year, or if they plan to spend more than $750,000 on repairs or alterations to an existing facility. Neither of those thresholds have been triggered by the 2015 capital budget.

Northlands plans to spend a total of $3.8 million in 2015 on capital projects, including $1.1 million at Northlands Park and nearly $900,000 on technology. Some of the interesting items:

Update on the Edmonton Arena District

The last update was provided on September 23, 2014 and this latest update reaffirms that Rogers Place “continues to progress on schedule and within the approved budgets.” Excavation and foundation work is over 95% complete, and steel structure erection is 9% complete and should be done in Q3. On average there are 300 workers on-site during the day with no “time lost” accidents reported. The next quarterly meeting of the Arena Community Benefits Advisory Committee is slated to take place on February 9. 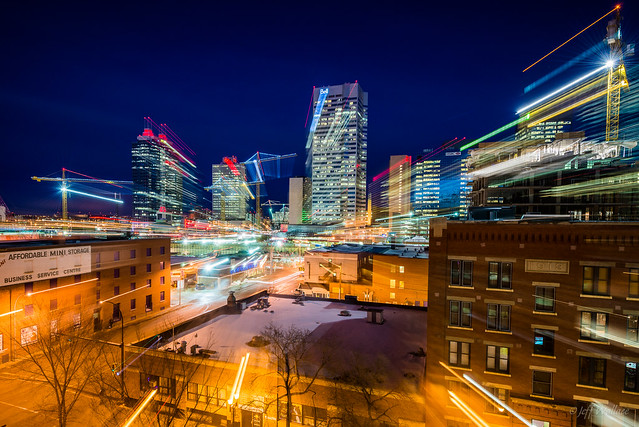 Council has appointed 17 members to serve on Local and Composite Assessment Review Boards, and they must now be assigned as required by the Municipal Government Act. The purpose of these boards (there are three types) is to hear 2015 assessment (tax) complaints.

There are five committee reports that include recommendations for Council:

There are 5 bylaws that Council will consider:

The first Audit Committee meeting of 2015 will take place on Wednesday afternoon. Here are the audits for which results are now available: