There’s a buzz downtown and it’s not just because of all the construction taking place. It feels like Edmonton’s coffee district is back now that two new independent coffee shops have opened! Coffee Bureau and Lock Stock Coffee are now open on opposite sides of Jasper Avenue just west of 105 Street. I checked out both locations this week.

Coffee Bureau is located on the southwest corner of Jasper Avenue and 105 Street in the Dental Building. It’s a small cafe with minimal seating and big windows. 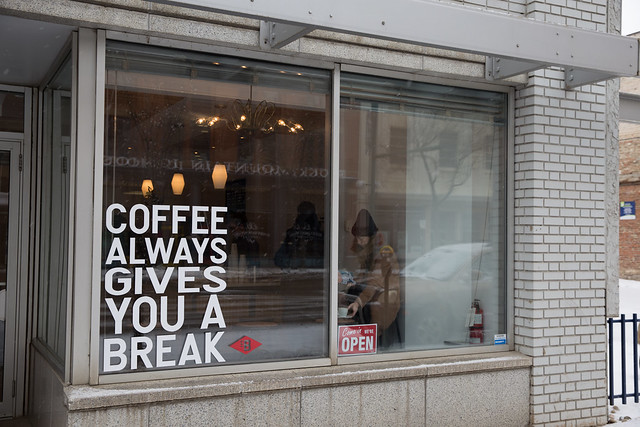 They serve ACE Coffee (Twitter, Instagram), a new local roaster from the folks behind LEVA Cafe. You’ll find a small selection of pastries too, like carrot-pineapple muffins and butter tarts. 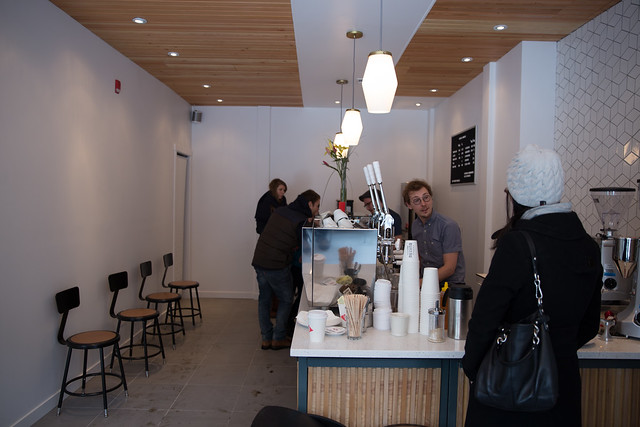 Couple Peter and Criss are the duo behind Coffee Bureau. Peter was formerly a barista at LEVA Cafe.

Coffee Bureau’s hours are subject to change, but currently they’re planning to be open from 7 AM until 5:30 PM during the week, and 9 AM until 3:30 PM on Saturday. Follow Coffee Bureau on Instagram and on Twitter.

Almost directly across the street from Coffee Bureau is where you’ll find Lock Stock, nestled in-between Bower and Red Star Pub (which it is technically a part of). There’s a separate door though; it’s the dark one under the stairs to the right. 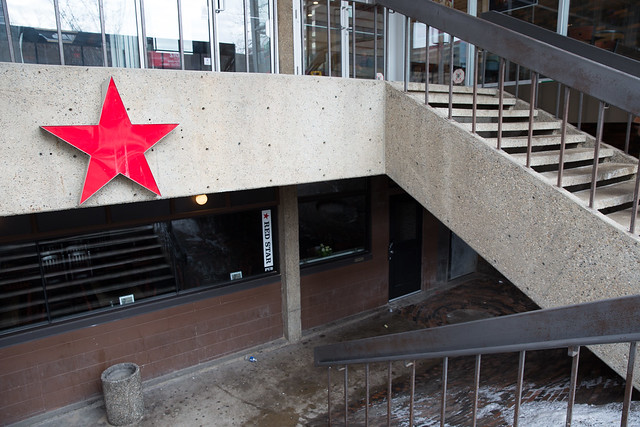 Lock Stock serves Danesi coffee, which is an Italian roast that began in Rome in 1905. They also have pastries, baked in-house by Jesse who doubles as the barista (I hear the carrot cake is delicious). 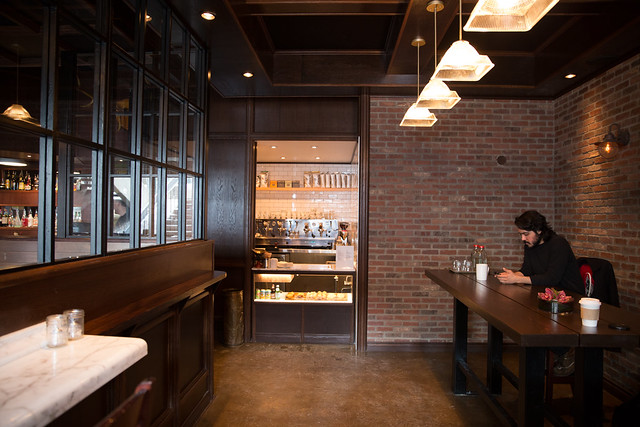 Red Star’s Sal Di Maio is the man behind Lock Stock. He told me they soft-launched a couple weeks ago and wanted to build up quietly. Now they’ve decided on the name and will be making themselves more known (they just started tweeting today).

Lock Stock will be open from 8 AM until 3 PM during the week, with Red Star opening at 4 PM. Follow Lock Stock Coffee on Twitter.

It was just last fall that Burrow opened in Central LRT Station, and Transcend opened in the Mercer Warehouse on 104 Street, so it has been a great few months for Edmontonians looking for a caffeine fix downtown. I used to call the area around 104 Street the coffee district back when we had Roast and Transcend, but when they closed I figured it was no longer an appropriate title. Fast forward to today, and I think we can safely say the coffee district is back!

Here are the cafes you’ll find in the few blocks surrounding 104 Street:

Also on 104 Street you’ll find Cavern and Dauphine, a cheese shop and bakery, which both serve a great cup of coffee.

Venture just a tiny bit further and you’ll find even more cafes. I suppose you could consider all of downtown the coffee district, from 101 Street to 109 Street, as Sharon does.

On the east side you’ll find Starbucks at the Empire Building, HSBC Bank Place, and City Centre on 101 Street, and of course there’s Second Cup, Good Earth, and two Tim Horton’s at City Centre too. Underground you’ll find Burrow and another Second Cup at Telus Plaza. There’s another Good Earth in Scotia Place. On 102 Street inside Commerce Place you’ll find Tim Horton’s, Starbucks, and McDonald’s (which has a separate McCafe counter).

On the west side, you’ll find Tim Horton’s and Starbucks on 107 Street, Good Earth on 108 Street, Second Cup on Jasper Avenue just west of 108 Street, and of course District on 109 Street.

And who knows what’ll come to the Edmonton Arena District in 2016! Good Earth has already listed a location opportunity for that area. 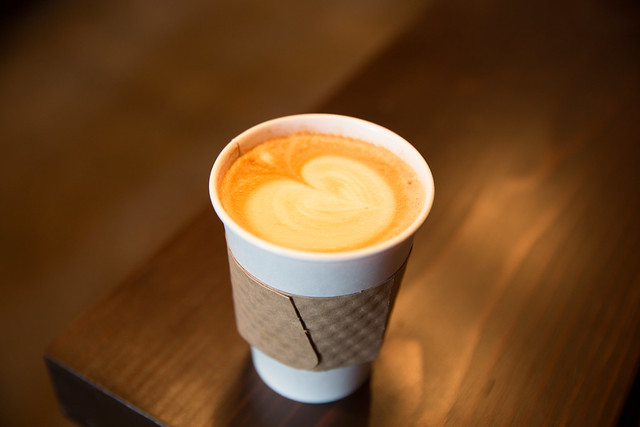 A couple of other coffee-related items worth mentioning:

And with that, I’m off to drink another coffee!