Council is back next week with Committee meetings.

Council starts the week with a Community Services Committee Meeting scheduled to take place from 9:30am until 5:30pm. There are four reports on the agenda, two of which require approval by Council. Here are some things I wanted to highlight:

The Community Investment Operating Grant program is for non-profit organizations whose mandate falls under Social Services, Multicultural, or Recreation/Amateur Sport. As you can imagine, there’s a large number of eligible organizations. The maximum amount an organization can receive is $17,000 and organizations with operating expenses greater than $2 million are not eligible. Organizations can only receive one operating grant per year from the City of Edmonton.

The CIOG recommendations for 2015 total $3,486,180 to 251 non-profit organizations in Edmonton. There were 268 applications received. The report includes the full list of successful applicants.

The Edmonton Federation of Community Leagues (EFCL) Board of Directors has identified six key strategic priorities for 2014-2018:

The organization is now working on its 2015-2019 Business Plan to outline activities and projects, timelines, resources, and budget implications for each of those priorities.

The Growth Strategy is an $80,000 funding package to help EFCL implement “a sustainable, efficient, and effective approach to realizing the vision” outlined in its Strategic Plan. EFCL is looking for a $40,000 contribution from the City of Edmonton for this project to hire a half-time, temporary contractor. 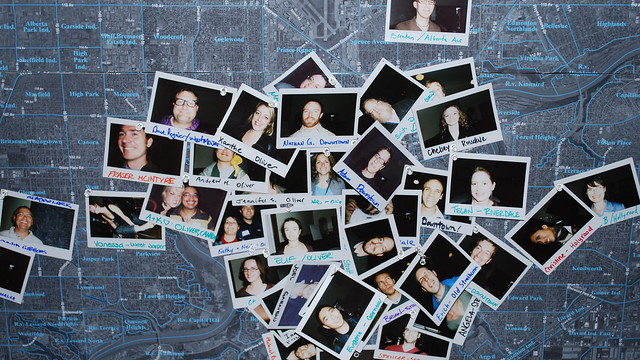 The City has a Partnership Agreement with EFCL and discussions have begun about renewing it. Watch for a report in the second quarter of 2015 on that topic.

Councillor Nickel made an inquiry back in September to learn about how non-profit organizations in Edmonton manage financial reporting, HR, and IT. The report provides an overview of the current situation, outlines how the City of Edmonton supports non-profit organizations, and identifies some challenges for the second. Here are some of the highlights:

Challenges identified include increasing demand for services from the sector, a general shift toward project-based funding which reduces the amount of core funding available, and high turnover on boards.

I’m not sure what Councillor Nickel was looking for aside from information on the sector, but I find the report to be lacking in detail, frankly. A couple of Google searches probably would have turned up just as much information.

The two other reports on the agenda are:

Council will hold its next Executive Committee Meeting on Tuesday, scheduled to run from 9:30am until 5:30pm. There are eight reports on the agenda, three of which require Council approval. There are also two responses to Councillor inquiries. Here are some things I wanted to highlight:

This report is an update on the previous work that Council has done on measuring outcomes for The Way Ahead. The key update is why using genuine progress indicators in tandem with gross domestic product is a good way to measure progress.

There’s no one single Genuine Progress Indicator and they are complex to develop. There are also questions about how valid or reliable they are. There are benefits to using them in tandem with other indicators though. “For example, while Gross Domestic Product may rise over time, a Genuine Progress Indicator may not rise as quickly or may even fall over the same time period.”

What will happen to McDougall United Church?

There’s a fairly extensive report on the work the City has undertaken alongside the McDougall United Church Council regarding the future of the church buildings and land. The report calls restoration of the church “unlikely” and says that to avoid demolition, a compromise may be to restore some of the building’s architectural features into a new facility. Here’s the key conclusion:

“Administration has investigated the options for preservation and restoration of McDougall United Church. At this time, Administration has completed its mandate unless otherwise directed to undertake additional work. The Church Council needs to determine the future of its building and congregation. If City Council elects to provide the required funds to the McDougall United Church, it will require reprioritizing Council’s initiatives in order to find funding. Such a decision could set a precedent for other organizations.” 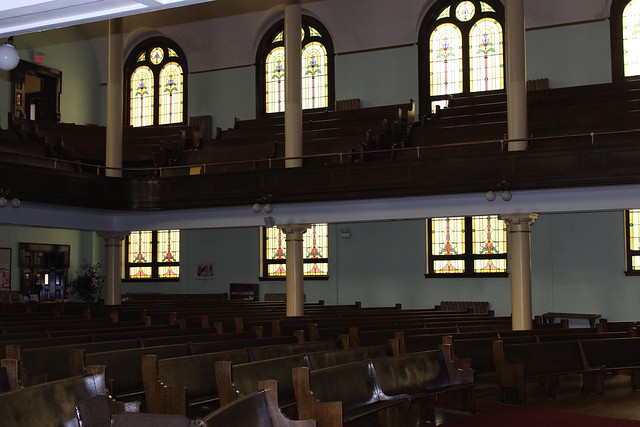 The total cost to maintain the church over the next seven years ranges from $18.4 million to $25.4 million. If Council wants to direct some funding to save the church, it won’t be cheap, and it could set a precedent they’d rather avoid.

This report is in response to an inquiry that Councillor Nickel made back in September about how the current planning reserve fund is operated. Back in 2010 the Current Planning Reserve Fund was established to “ensure full cost recovery and long-term financial sustainability of revenue generating planning, development, building, and mechanical services.”

Here’s what the City targets:

The fund balance currently sits at just half the target value, at $26.4 million as of the end of 2014.

In November, Councillor Knack asked for an overview of the Internet voting test conducted in 2012 and an update on any new information that has been learned since that time. The report provides a summary and includes these observations:

“In order for internet voting to be successful, an extensive auditing process, security system, clear communication plan and thorough testing should be completed prior to implementation. The multi-layered authentication sign on system utilized in internet voting has provided electors a secure online voting option. Internet voting has been successfully implemented in a number of municipalities as an additional voting option and tool to help reduce barriers for voters.”

If the City were to move ahead with Internet voting, legislative changes would be required. These changes “have been raised in discussions on the proposed City Charter and revisions to the Municipal Government Act.”

At this time, the City has not developed cost estimates for Internet voting.

I still think the City should adopt online voting as an option. The last time this came up at Council, they voted against it citing security concerns. They had a good discussion about the issue, but my much more cynical take on it was at the end of the day, mayoral candidates were afraid that Don Iveson would use his connections and tech savvy to take advantage of online voting to win the election. Clearly that won’t be a concern in 2017 because, well, he handily won the last offline election didn’t he?

The next Transportation Committee Meeting will take place on Wednesday from 9:30am until 5:30pm. There are seven reports on the agenda, plus four responses to Councillor inquiries. Here are some items I wanted to highlight:

The total length of the long-term LRT Network Plan is 69.7 km, of which 24.3 km is either in service or will be soon, with another 13 km that has funding approved. That leaves about 32 km still to be funded and constructed. The City has identified the following options for funding future LRT:

How much money would we have to spend?

“The total currently identified nominal dollars becoming available between the years 2019 and 2034 total $658 million. This would mean that in order to contribute $658 million towards future LRT as a direct funding source, it would take until 2034 to generate this amount of funds, without considering any additional tax levy impact.”

If that were applied to debt servicing costs, that would translate into about $1 billion in capital funding.

Of course, any future construction is realistically going to require assistance from the provincial and federal governments and for that reason, “an advocacy and lobbying strategy would be required.”

In order to fund future LRT expansion, Council will need to have either an appetite for more debt, the desire to increase taxes, the ability to get more money from other orders of government, or more likely, a combination of all three.

Transit riders complain about escalators being out of service all the time at LRT stations, and this report summarizes the current status and way forward.

The 2015-2018 Capital Budget included $11.874 million for the end of life escalator replacement program. Six escalators are scheduled to be replaced using that money: three at Central, one at Coliseum, one at Stadium, and one at either Bay or Corona.

EPark: Brought to you by the City of Calgary

The City is progressing with plans to replace parking meters with pay-by-plate technology, with implementation set to begin in May. They want to contract the City of Calgary to make it happen, noting that its ParkPlus system is “the only fully automated pay-by-plate parking management solution operational in Canada.” The particulars of the agreement are still being negotiated, but the City is looking for a four-year deal that would include all software and services, plus training.

The report also talks about the need to approve a name and design for the system. I don’t think the logo is going to win any design awards, but I do agree that having a consistent name and look is important. Here’s what the City is proposing for Council’s approval:

The final committee meeting of the week will be the Utility Committee Meeting on Thursday from 9:30am until 5:30pm. There are three reports on the agenda:

There’s also one verbal report, on waste management, that is private under sections 16, 24, and 25 of the FOIPP act.