When was the last time you lingered – by choice – at the Edmonton International Airport? In the future, you might. 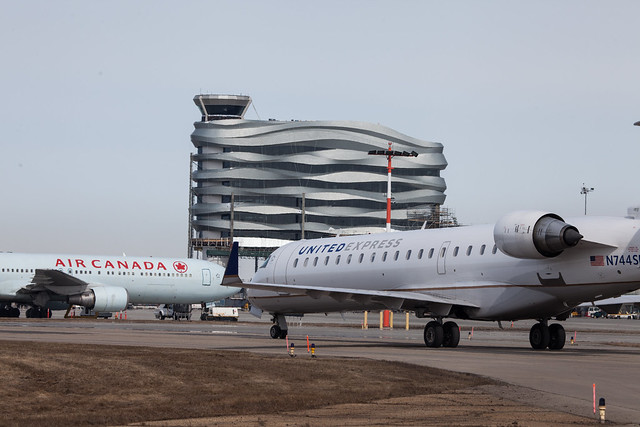 Earlier this month I attended a tour of the Edmonton International Airport called Taste of EIA with Sharon and Rebecca. We spent the evening eating, sampling some of what the airport has to offer passengers who aren’t rushing to catch their flight. If you’re more interested in hearing about the food, be sure to check out their posts. I’ll touch on it, but I’m going to focus more on how Taste of EIA fits into the bigger strategy for the airport.

EIA has set an “ambitious goal” of reaching 12 million passengers by 2020, according to its 2015-2020 Strategic Plan (PDF). That is ahead of third party projections of 11 million, but seems achievable if recent increases continue (as of June, numbers for 2015 are slightly behind the same time last year).

Stats via EIA, and do not count fixed base operators (FBO) passengers

You might be tempted to compare EIA to YYC, which surpassed 12 million passengers back in 2007. And while passenger traffic at EIA has been growing quickly, so is passenger traffic in Calgary. It seems unlikely that EIA is going to surpass or even compete with YYC anytime soon, so the strategy needs to be different.

EIA wants to become a destination, by focusing on passengers, creating exceptional customer experiences, and by developing non-aeronautical initiatives. You can see the building blocks coming together to make that happen. There’s the Renaissance Hotel at EIA so you can stay at the airport. There’s “over 60 shops and restaurants” available now to passengers. There’s the extensive parking options to make coming and going easier. And there’s the growing list of services and amenities, like free wi-fi, banking, storage, and plenty of power outlets. 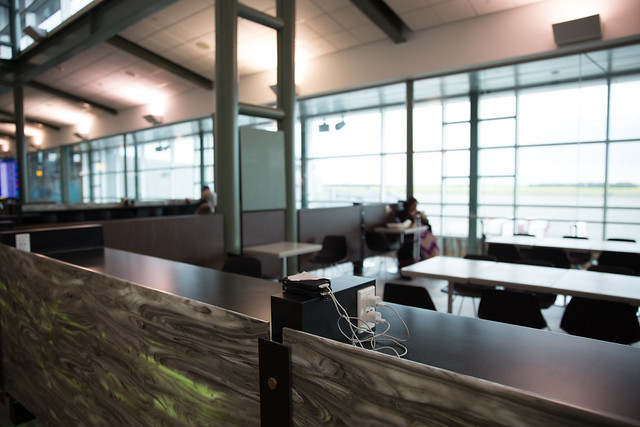 So can it work?

I’ll admit I’m the kind of traveler who likes to arrive as close to departure as possible, at least when I’m traveling on my own. I’ve heard my name called for final boarding on a few occasions. My goal is generally to spend as little time as possible in airports – I just want to get in and get out. There have been some exceptions, however. The last time I flew to the US I went early because I knew I could get some work done with free wi-fi, Starbucks, and comfortable seating on the other side of security. I’ve never really thought about going to have a meal first though. 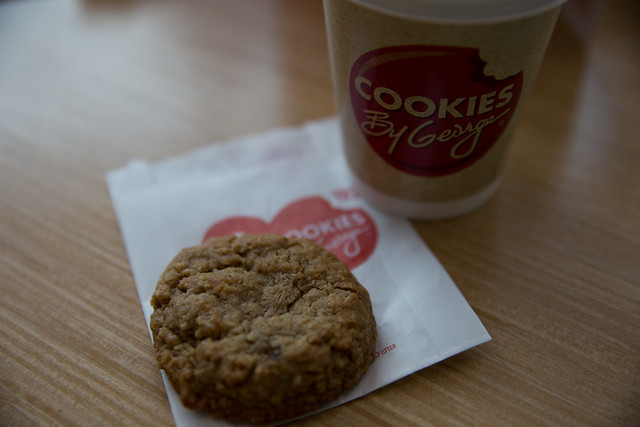 On the night we visited for Taste of EIA we ate at three places: Houston Steak & Ribs, Belgian Beer Cafe, and Cookies by George. Definitely the latter is my usual kind of airport stop, a quick coffee and a cookie suit me fine. But if I wanted to linger, I’d consider stopping at Houston, if for no other reason than the view (it looks out on the runways). I didn’t find the food particularly unique, but the sliders were good and came with delicious sweet potato fries. I’d order those again. 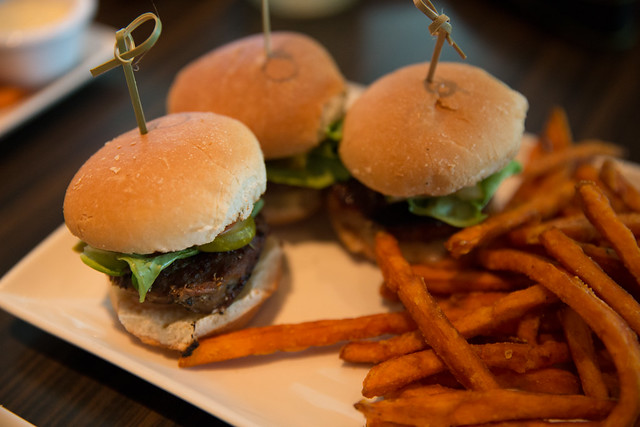 But will I really choose to go early and eat? I’m not sure. Maybe with Sharon.

I suppose it would help to sign up for EIA Rewards which offers members 25% discounts at the Plaza Premium Lounge and monthly discounts for parking, shopping, and dining. You can also win prizes like free parking or even flights. The program is free to join and is just another way that EIA is working to attract regular patrons to help increase non-aeronautical revenue.

Another way they are hoping to increase revenue is by adopting the “aerotropolis” model of commercial development (just like in Vancouver, Memphis, and Amsterdam).

“EIA is one of two Canadian airports to adopt the ‘aerotropolis’ concept. We are now transforming EIA from an ‘emerging aerotropolis’ to an ‘operational aerotropolis’ through developments such as the Cargo Village and Highway Commercial.”

Think of the aerotropolis model as a mini commercial city, but with the airport as the core. For EIA, it means expansion of the Cargo Village, the development of an office campus, possibly another hotel, light industrial activity, and other retail opportunities. They might even build a pet hotel! 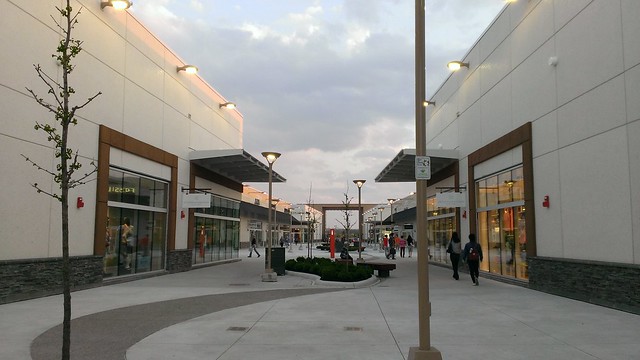 Walking into Outlet Collection at Niagara

The big project you’ve already heard about is the Highway Commercial, which refers to the proposed, 415,000-square-foot outlet mall that will be built by Ivanhoé Cambridge (the developers behind CrossIron Mills) next to Highway 2. That shopping centre will be serviced by a shuttle from the airport and is slated to open in the fall of 2017. I’m hopeful that it’ll be similar to the Outlet Collection at Niagara in terms of design, with lots of open, outdoor space.

But that’s a future project and of course by being outside the airport it’ll be open to anyone, not just passengers. Still, it could be another reason to spend time and money at EIA. And that’s ultimately what they’re after in the quest to become a destination.

In the meantime, there are plenty of shops and restaurants at EIA for you to experience. If you give yourself the time to do so, of course!

You can see more photos from Taste of EIA here.