The Fringe is underway and Council is back to work on Monday which means summer in Edmonton is winding down. Next week we’ll hopefully learn more about the Metro Line LRT, now slated to open with modified service in time for the start of the school year. Council will also be discussing some other contentious topics like Park & Ride at Century Park and the Traffic Shortcutting trials currently underway in Prince Charles and Pleasantview.

Below are links to the meeting agendas for the week as well as some highlighted items and notes.

“Testing a modified approach to Metro Line operations has already begun and ETS training starts Monday,” said Transportation Services General Manager Dorian Wandzura. “We are confident the Metro Line will be carrying passengers for the start of the 2015 school year.”

The line will open with modified service: “line of sight” operation, a 25 km/h speed restriction, headways of 15 minutes between Churchill Station and NAIT Station, and a decrease in capacity along the existing Capital Line. Instead of getting from Churchill Station to NAIT in 7 minutes, it’ll take 14 minutes. 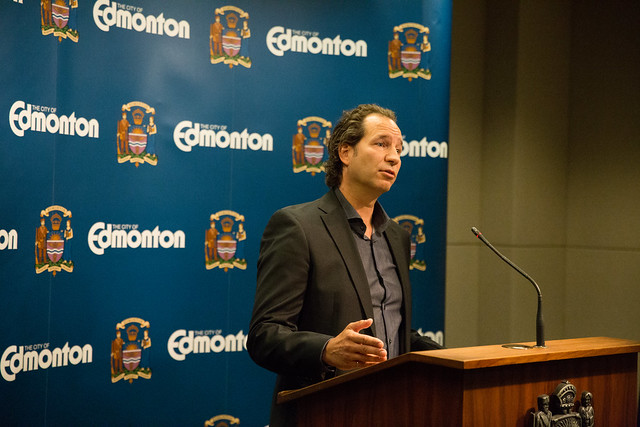 Shortly after the news conference this afternoon, Mayor Iveson cautioned that interim service is “no cause for celebration”:

No cause for celebration yet – only when it's fully operational and yegcc's got to the bottom of why it was delayed. https://t.co/QSdgvzJIL8

This news should make Monday’s meeting more productive, in that Council can focus on what went wrong and how to get the line to full operation rather than spending a bunch of time expressing disappointment that the line still won’t be open. At least I hope that’s the case.

On July 31, the City announced that it had initiated an independent safety audit of the Metro Line signalling system. The audit, to be conducted by Rail Safety Consulting, is supposed to provide confidence in the safety of the system as well as certification in order to open the line. The City is still blaming Thales, saying that “Thales has failed to provide some essential documentation required for the City to accept Thales’ safety certification.”

There has been a lot of concern about the quality of the infrastructure and workmanship of the Metro Line LRT, but the City has said issues are just part of doing business and are dealt with during the warranty period. A separate report on warranty periods for transportation contributed assets says “a warranty period of two years is applied to both City and developer-constructed transportation infrastructure to ensure the construction material utilized and the associated workmanship are performing in accordance with City standards and expectations.”

On a somewhat related note, the City is currently running a survey on “how to make Edmonton’s transit system greater in the future.” You can fill it out online, or look for the street team at events around the city (like the Fringe).

This report comes to us in response to an inquiry made by Councillor Nickel back in April. He wanted to know more about crime in relation to our large recreation centres. Here’s what the report says:

It doesn’t seem like there’s cause for concern here, just growing pains associated with running such large facilities.

Mature trees are critical for environmental quality and biodiversity and, as the City says, they “contribute to the livability of our neighbourhoods.” But sometimes they need to be removed, such as “when they conflict with the location of utilities or are unhealthy (diseased/dying).” The question is, can we do anything to preserve them?

“There is no requirement to plant trees or shrubs for low density residential development, thus there is no incentive to retain existing vegetation on site,” the report says. 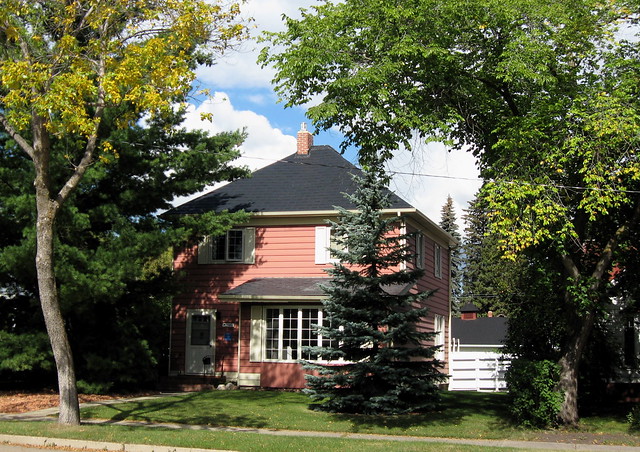 There are three options put forward by the City to try to address this:

Those three are roughly in order of complexity and impact. Option 2 would go beyond the minimum requirements outlined in Option 1, while Option 3 offers the greatest certainty about existing mature trees. The removal of any tree over a certain size would require a development permit, under Option 3.

The City recommends Option 1, “as these changes can be implemented quickly and are supported by stakeholders.” The suggestion is to have landscaping requirements similar to the RF4 and RPL zones, which is one tree and two shrubs per dwelling. “This would allow development officers to encourage the retention of existing vegetation as a way to meet the minimum landscaping requirements.” It would not prevent the removal of existing trees, however.

The current lease agreement between the City and Procura Development (which owns the Century Park Park & Ride site) expires in 2020, so the City needs to decide if its wants to build its own park & ride facility or extend the lease on the existing Century Park site. The original lease with Procura was for five years from 2010 to 2015, with an option for an additional five, one-year renewal terms. The proposed park & ride facility would be located at Ellerslie Road and 127 Street and would be operational by the fall of 2019. It is known as the Heritage Valley Park & Ride. 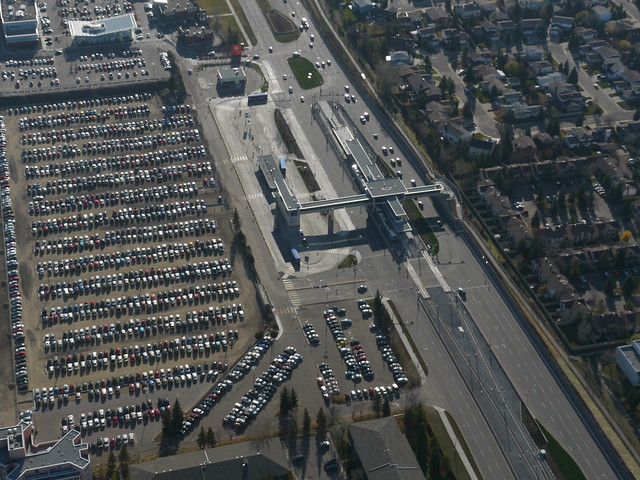 The report does not make a recommendation on what to do. Moving the park & ride from Century Park to Heritage Valley is aligned with the City’s existing policies and future direction, but the question is how to pay for it. The remaining funding required for the Heritage Valley Park & Ride is assumed to come from other sources, but the City says Green TRIP is not an option.