As I write this, Justin Trudeau and the Liberals have just won a majority in the federal election, relegating Stephen Harper and the Conservatives to the role of official opposition. Harper is expected to resign as leader of the party.

With today being the election, let’s start with a few updates on that topic: 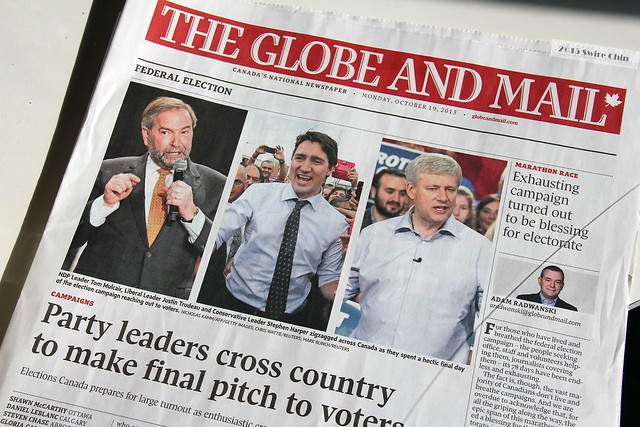 Canada will decide who will lead the country after today, photo by Can Pac Swire

And here are some slightly less local media-related items: