There’s a lot change taking place at the City of Edmonton right now and you should expect it to continue until well into next year. You might say the dominoes have started falling and no one knows when the final one will land. There are both internal and external causes for this change. Before we get into the changes, let’s consider some context. 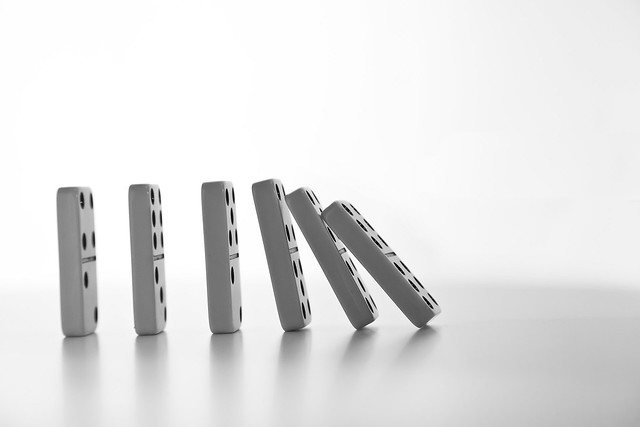 Certainly the new Provincial and Federal governments have had an impact, both directly and indirectly. By directly I mean that the City has lost some key individuals. For instance, former City Clerk Alayne Sinclair left earlier this year to work in Premier Notley’s office, and of course former Councillor Amarjeet Sohi was just named to Prime Minister Trudeau’s cabinet. And by indirectly, there’s the uncertainty about funding and working relationships that always comes with new faces. At the Provincial level, the review of the Municipal Government Act and the ongoing discussions about the Big City Charter will also have an impact depending on the outcome.

As a result of the last municipal election, both Council and Administration identified public engagement as a key challenge area of focus. Council launched the Public Engagement Initiative while Administration launched the Open City Initiative. Now with the release of the Phase 1 report back in September, work is underway to establish an Advisory Committee and working groups organized around the five strategic areas of focus. That work is expected to last through the remainder of the current Council term.

I think another big factor to consider is The Way Ahead, the City’s strategic plan. That document, which was approved in 2009, was just reviewed and updated last year, but planning will soon be underway for a more thorough overhaul leading up to 2018 (though we need to ensure we do and not just plan). How public engagement and the municipal election in 2017 factor into that work is still an open question. And at some point, the new City of Edmonton office tower will be completed allowing staff to consolidate at a single location, which could have big cultural impacts.

Top of mind at the moment is the Operating Budget. Instead of an annual budget as in years past, the City has switched to a multi-year budget, and that’s having all kinds of knock-on effects. It should mean less effort is required each year to prepare the budget, but it also means that Council can be more strategic about spending.

And of course the City’s missteps have been well-documented this year. Major projects like the 102 Avenue Bridge over Groat Road and the new Walterdale Bridge have been significantly delayed, and the Metro Line LRT was perhaps the key catalyst for much of the change that has taken place. 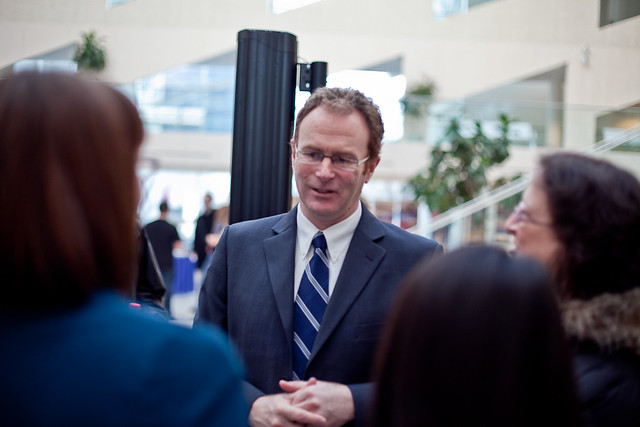 The most obvious change was Council’s decision to fire City Manager Simon Farbrother back in September. I must admit I was caught off-guard by the news, mainly because although Councillor Nickel called for Farbrother’s head during the Metro Line LRT discussions, he was the only one really doing so. Mayor Iveson and other Councillors suggested Nickel was grandstanding and said Farbrother had their full confidence. So the about face just a couple of weeks later was a surprise.

“She’s certainly been a part of everything that’s happened here for a long, long time and has a way with people,” he said. “I think an excellent choice.”

Being “a part of everything that’s happened here for a long, long time” is certainly a good thing for stability, institutional knowledge, and efficiency. But it’s not necessarily what you look for when you want to change things up. And that’s what Council seems to be interested in.

As Paula Simons noted, Al Maurer was widely considered a micro-manager and perhaps had too much control over the operations of the City. In contrast, Simon Farbrother brought more hands-off approach and focused on communication and culture. The assumption now is that the right person for the job can straddle the fence, able to get into the details and also able to articulate and connect the work to the big picture.

It’s clear that Council, led by Mayor Iveson, wants to go in a different direction:

“The scale and complexity of the challenges ahead demand a fresh perspective,” Iveson said. “This is about setting our administration on a new path to manage the next chapter in the city’s growth.”

Whoever the successful candidate is, it’s very likely they’ll want to make some big changes. That could mean even more turnover in senior staff than we have already begun to see.

Scott Mackie, who was in charge of Current Planning under Sustainable Development, tendered his resignation a couple weeks ago and will leave the City on November 13. I understand that Peter Ohm has been tapped to take his place. That’s a big branch, responsible for some of the most contentious issues that the City has dealt with this year.

Changes in transportation continue, with Eddie Robar joining the City from Halifax to lead ETS, filling the role that has been vacant since Charles Stolte was let go earlier this year. Robar will start on January 4. He’s very likely to shake things up upon arrival, bringing his experience overhauling Halifax’s transit system to the ongoing debate about our own.

And the biggest change could still be coming. Yesterday, Council voted to have Administration outline steps for a full program review. Mayor Iveson repeated a phrase he has used many times before, saying that setting targets for cuts is “the old ‘pin the tail on the budget'” and that the review should be focused on efficiency instead.

“Of the give or take 87 different things that we do at the city of Edmonton, there may be some that we should either stop doing or do less of versus other priorities,” said Iveson in support of the review. “Budget is not the best way to make those decisions and yet it is the default by which we make those decisions.”

The full program review is likely welcome news for some, like the Canadian Federation for Independent Business, which called current spending “unreasonable” and said property taxes have “ballooned”.

The last major review took place in 1997. Bruce Thom, who joined the City of Edmonton as City Manager in 1996, wasted no time in making changes. One of the first things he did was spend $500,000 to have Ernst & Young evaluate the City’s operations. That resulted in City ’97 (subtitled “Preparing for the Future”), a plan to save $52 million per year by the year 2000, principally by eliminating roughly 750 of the City’s 8,700 jobs. In the end about 400 positions were eliminated and the City reorganized from thirteen departments to just eight, resulting in a savings of roughly $22.5 million annually between 1997 and 2000.

It was a stressful time for City bureaucrats, and Council raised that as a concern with conducting another review now. They cited the importance of a clear communications plan and downplayed the idea that the review is being undertaken solely to find opportunities for job cuts.

Though Simon Farbrother led a relatively minor reorganization in 2011, the City’s workforce has generally been growing in recent years. Prior to City ’97, the last major round of layoffs took place in 1983. At the time the City had about 11,000 employees, a number the City surpassed once again in 2012.

I think a review of the City’s operations makes sense, and perhaps the timing is right. With a new City Manager coming in, the possibility of a new relationship with the Provincial and Federal governments (especially with the City Charter), and a new round of strategic planning coming up, it’s entirely appropriate for Council and Administration to get aligned on priorities.

Expect much more change to come!

2 thoughts on “Dominoes are falling at the City of Edmonton”