As Dave noted earlier today, there are seven candidates who have announced they’ll run in the by-election so far. The successful candidate will be sworn in at a special City Council meeting on February 26 from 1-2pm. Then they’ll face an aggressive orientation and training period from February 29 to March 4. 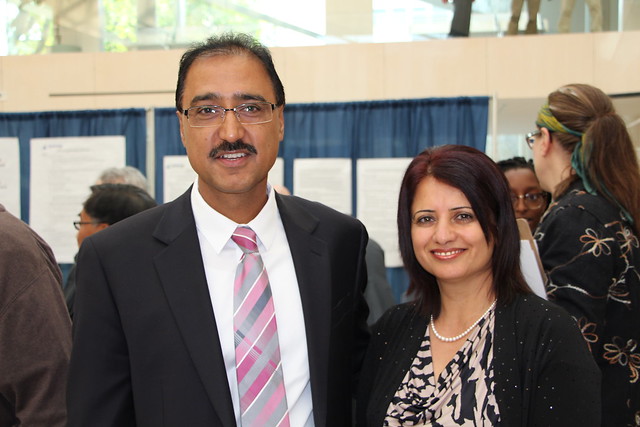 Amarjeet Sohi on Nomination Day in 2013, photo by Dave Cournoyer

As I noted earlier this year, the last by-election on Council took place more than 20 years ago. You can find all the relevant information on the City’s Election page. I guess I better get to work on the dashboard!

Local startup Jobber announced on Monday that it has raised $8 million in a Series A round led by OMERS Ventures, with participation from existing investors, Version One Ventures and Point Nine Capital. Founder Sam Pillar wrote about the news on the Jobber blog:

“Jobber’s customers are currently servicing over three and a half million home owners and businesses all over the world, from Vancouver to Toronto, San Francisco to New York, and Johannesburg to Melbourne. It’s amazing to think that our little startup from Edmonton, Alberta, Canada is now being used in over 35 countries to help build better businesses.”

They started just four years ago so it’s pretty incredible to see what they have accomplished already. According to the news release, “more than three and a half million customers have been serviced by businesses using Jobber, with invoices totaling over $1 billion” since they launched back in 2011.

As Eric remarked to me today, there seems to be something about that roughly $8 million mark here in Edmonton. Back in 2012, Mitre Media raised $8.6 million. In 2013, Drivewyze raised $7.5 million in its Series A round. And earlier this year, Granify announced it had raised $9 million in Series A funding.

One of the things Council approved yesterday was an amendment to Bylaw 16765 to “provide additional time for the Task Force for the Elimination of Poverty to fulfill its mandate.” The original deadline for the task force to provide its final report was December 31, 2015 but now they’ve asked for more time “to test the ideas in the Strategy prior to returning to City Council with a comprehensive ten-year implementation plan.” The new deadline will be July 31, 2016 but the task force anticipates reporting back in April. The bylaw expiry has also been changed, to December 31, 2016, to account for time required for questions.

Now let’s tie this back into the first item above! The EndPoverty Edmonton strategy identifies “Make it easier to vote and participate in elections” as “one of the starting points to ending poverty in Edmonton.” In order to get started on addressing that, the City is hosting an online survey to better understand voter needs. Very timely with a by-election coming up in a few months, so take a few minutes to have your say!