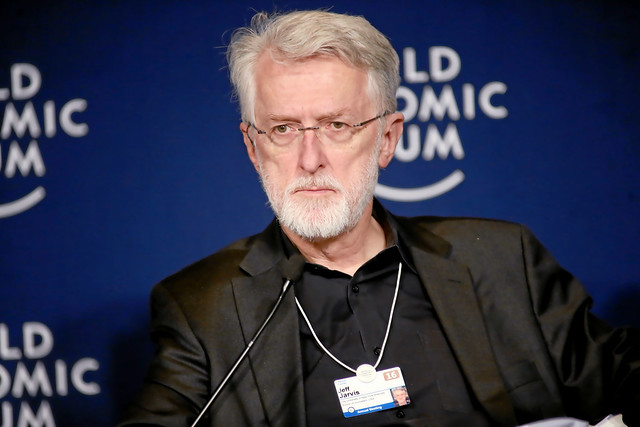 Jeff Jarvis at the World Economic Forum. He wrote that this was the post-Snowden Davos.