A few weeks ago I spent a couple of days in Jasper with Sharon. We were invited by Tourism Jasper to experience Jasper in January, the 27th annual festival that aims to showcase everything Jasper has to offer. Guests are encouraged to “stave off the urge to hibernate” and to “embrace winter”. The weekend getaway came at the perfect time for us, as we needed a couple of days to unwind. 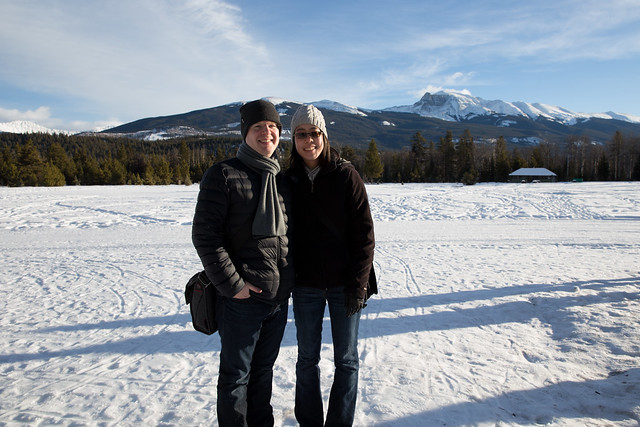 Tourism Jasper put us up in the Crimson Hotel, a part of the Mountain Park Lodges family, and covered our transportation and event tickets for the culinary events we visited during our stay. They also arranged for our travel to Jasper, via the SunDog Tour shuttle that regularly travels between Edmonton and Jasper, with stops at Edson and Hinton along the way. We simply took ETS to West Edmonton Mall where we met the shuttle outside the Fantasyland Hotel (their other local stop is the Edmonton International Airport). The only downside of taking the shuttle is that we were on their schedule of course, so we didn’t arrive in Jasper until nearly 8pm. 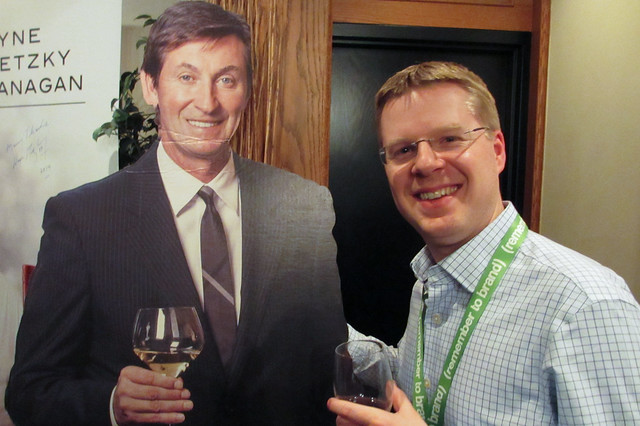 Had to take a pic with Wayne Gretzky!

Our weekend was themed “appetites”, sandwiched between the “adventure” and “arts” weekends. First on the agenda was the Wine in Winter Welcome Reception. After checking into the hotel, we made the short walk over to the Chateau Jasper and found the event well underway. The reception featured wines from around the world, plus a small selection of cheeses and appetizers. The food was not very memorable, but we had fun with Linda & Mike trying to figure out who was giving the largest pours of wine! 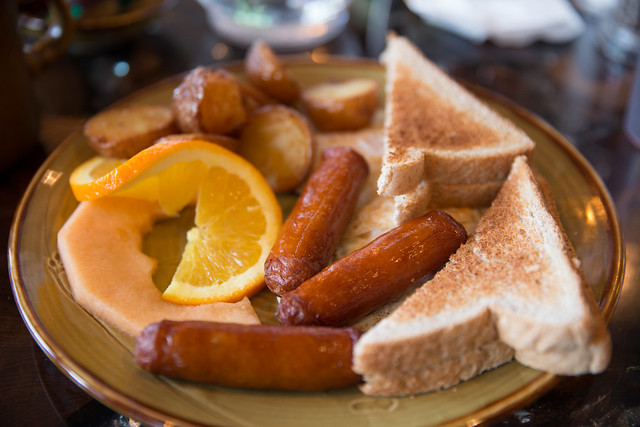 My breakfast at Wicked Cup

Our first stop in the morning was at Wicked Cup. It was a beautiful day, sunny and warm, and our coffee and breakfast was delicious. I think most people in our group were surprised at the portion sizes! 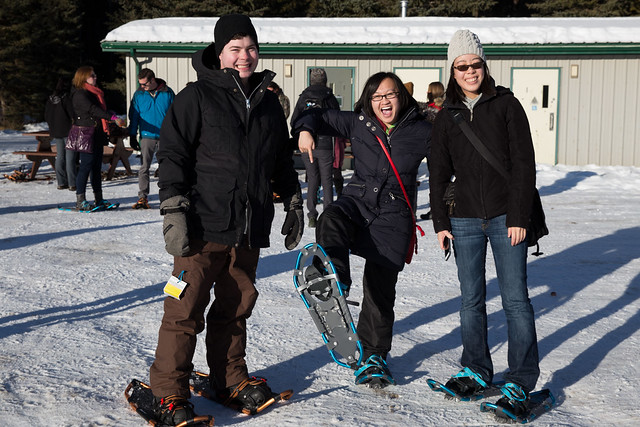 Mike, Linda, and Sharon getting ready for snowshoeing

After breakfast a shuttle took us out to Marmot Meadows where we had the opportunity to do some snowshowing! The area features 9km of cross country ski trails and a new winterized warming shelter. It’s also part of the Jasper Dark Sky Preserve, the second largest dark sky preserve in the world. 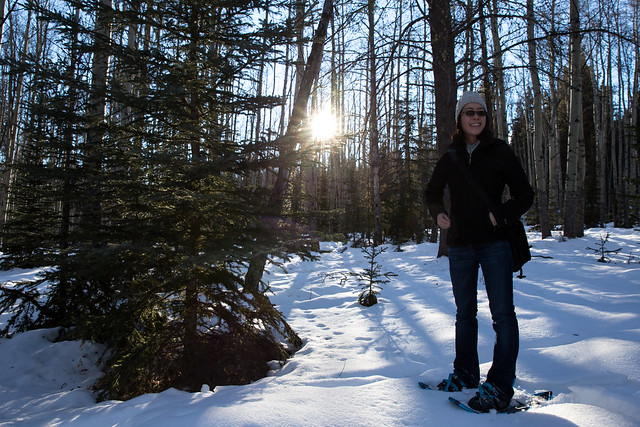 We had fun snowshowing, especially as we got to use the new, modern, aluminum style snowshoes! 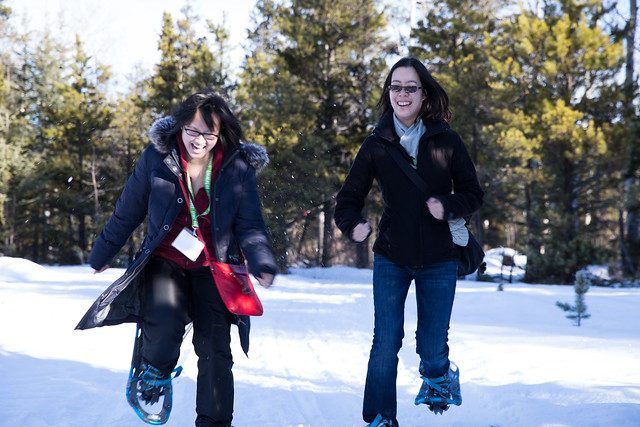 We walked through some of the grounds as a group, then had some free time to explore on our own. Linda and Sharon used the opportunity to race! It was close, but I think Sharon won, mainly because Linda stumbled and fell! 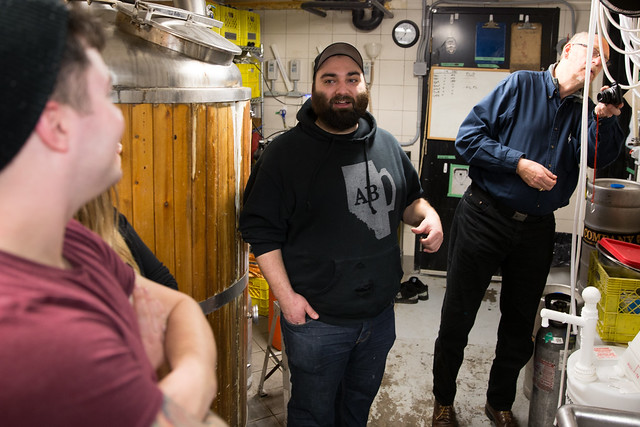 Behind-the-scenes at the Jasper Brewing Company

For lunch the shuttle took the group to the Jasper Brewing Company. It opened in 2005 and was Canada’s first National Park brewery. They brought us all a ton of appetizers, and I ordered the beer sampler to try their six brews. It sounds like their Jasper the Bear Ale is the most popular, but I preferred the Liftline Cream Ale. After lunch, we got a quick tour of the (surprisingly small) brewery downstairs, where we learned that they don’t do anything to the water except remove the chlorine added to it. Makes sense considering they have natural mountain water from the Rockies! 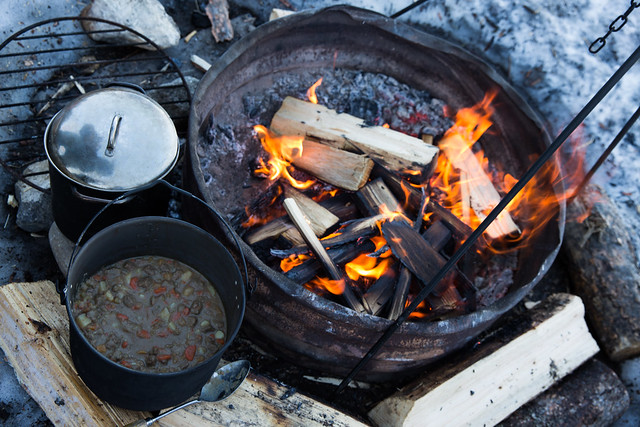 After lunch the shuttle took us back out to Marmot Meadows where we were slated to learn about backcountry cooking. We had the opportunity to sample the stew and look at some of the backpacking cooking gear. We didn’t end up spending very long though, so that meant we had a couple of free hours to explore the town. 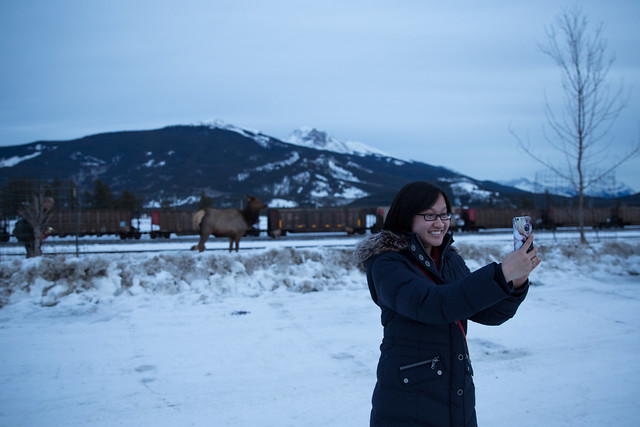 Sharon and I walked around and did a bit of shopping, then we met up with Linda and Mike for a beer. It was nice to just relax for a bit! On the way back to the hotel we encountered a group of elk near the train tracks, and Linda couldn’t resist taking an “elkie”. Eventually a train went by and the elk were completely unphased, they must be used to it. 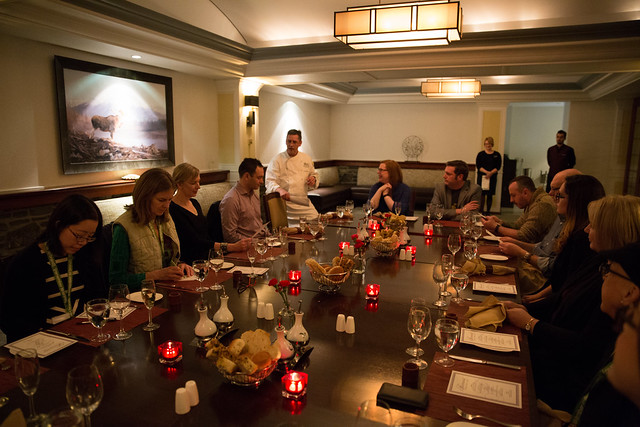 Dinner at the JPL

That evening we took a shuttle out to the Fairmont Jasper Park Lodge for dinner. We were supposed to be having an “Orso Italian” dinner, but for whatever reason it was cancelled. They still put together an interesting menu for our media group though! Unfortunately the meal was rather inconsistent. My lobster pasta dish was great, with enough liquid and flavor, but others found theirs dry and a bit bland. Similarly the entrees were a mixed bag – it sounds like the ravioli prima vera was the best of the bunch.

After getting back to the hotel, Mike and I decided to head down to the Atha-B at the Athabasca Hotel where Tupelo Honey was playing. It made for a late night, but we had fun! 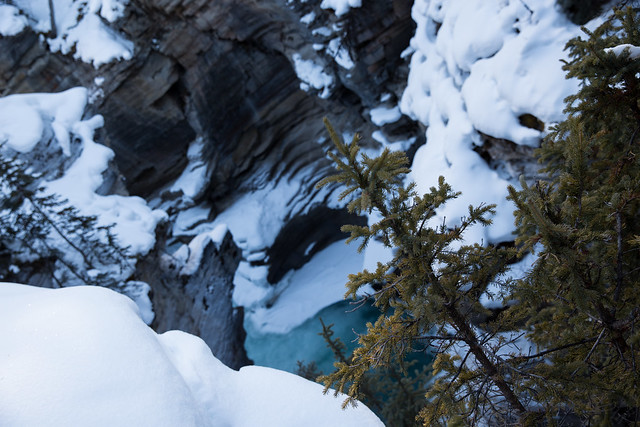 Had we gone home on the same bus that took us to Jasper, Sharon and I would have left bright and early Sunday morning. But lucky for us, Phil and Robyn offered to let us catch a ride back with them. That meant we had a bit more time to explore Jasper! We started at Athabasca Falls, beautifully covered in snow and ice. It was a little tricky to find, but I’m so glad we did. Athabasca Falls “is not the highest or the widest waterfall in the Canadian Rockies but it is the most powerful.” 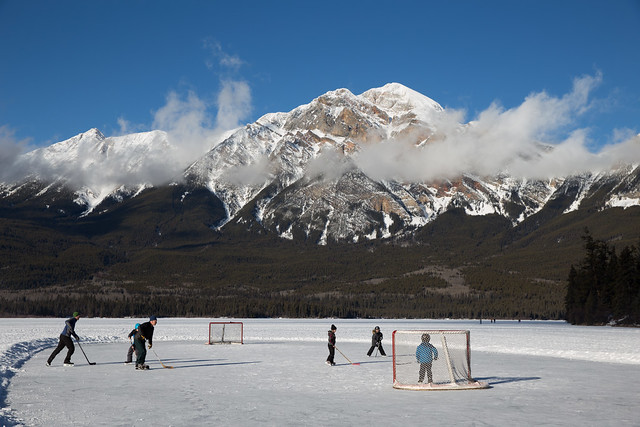 Possibly the most Canadian scene ever

After the falls, we made our way to Pyramid Lake. Ice skating, hockey, curling, skiing, sleigh rides – it was a winter wonderland! 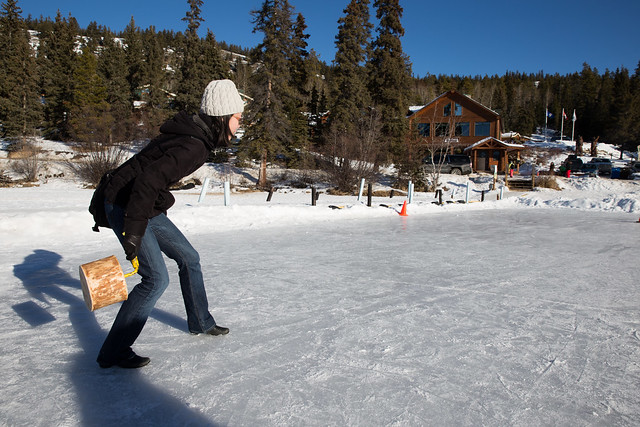 We had lunch inside the lodge, then took the 40 minute sleigh ride along the shore. We also stopped to do a bit of curling on the lake! It was a very picturesque place to spend our final hours in Jasper. Thanks to Phil & Robyn for letting us tag along! 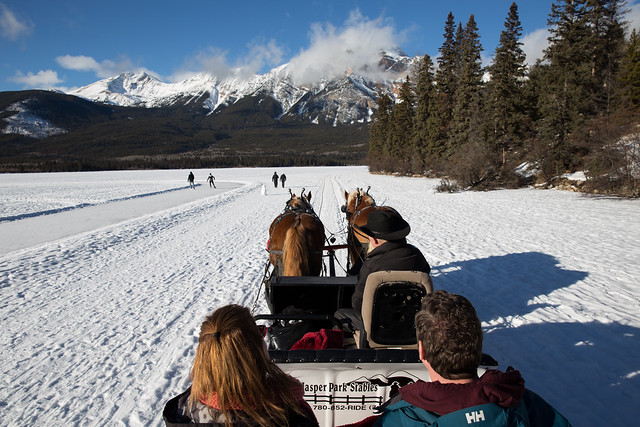 Here are a few clips from our trip:

Thanks to Tourism Jasper for a great weekend! You can see more of my photos from the weekend here. Also be sure to check out Linda’s recap here.