It has been a couple of months since my last “Coming up at City Council” update – time to get back into the routine. Thanks to everyone who has provided positive feedback on this series!

Every year the City compiles an annual inventory of its infrastructure. The report for 2014 is now available while the 2015 inventory is still under development. The 2014 Report indicates that the City’s replacement value for all of its infrastructure assets is $42.8 billion. Of that, $29.4 billion is drainage and road right-of-way, hence the phrase “roads and pipes”.

The average state and condition of the City’s assets are as follows:

How does that compare to other municipalities? “In comparison to national averages in the 2016 Canadian Infrastructure Report Card, the City of Edmonton generally has fewer assets in good and very good physical condition and more assets in fair condition.”

There are lots of charts and other information in the report, which you can read here (PDF).

Well this report from the City Auditor is just depressing. I use transit and want to support ETS, but this just makes it extremely difficult to do so. The auditor found that “the reliability of service has been declining” and worse that “actions being taken to address reliability issues (i.e., on-time performance and overcrowding) are not improving the overall system performance.” Combine that unreliability with the cost of transit (which just went up yet again) and the value proposition isn’t very appealing. The single cash fare in 2011 was $2.85 and today it’s $3.25.

This chart shows that:

Why is the performance so bad? ETS says it is “a reflection of an increase in the number of persons with mobility devices and strollers, construction activity, and increased traffic congestion on city streets.” Sounds like a lot of excuses to me. On top of that, they suggest that operating budgets did not include funding to address these issues.

Capacity issues are also a problem. “In total there were 1,328 pass-by incidents reported in 2014,” the report notes. “Bus Operators estimated that more than 21,700 customers were affected.” While the current ETS fleet meets “the majority of ridership capacity needs” the report notes that “35% of customers rated overcrowding as unsatisfactory.”

Here are the auditor’s three conclusions:

You can find the auditor’s report here and Administration’s response here.

Designating the Molson Brewery as a Municipal Historic Resource

Bylaw 17507 “is to designate the Edmonton Brewing and Malting Company Ltd. Building as a Municipal Historic Resource and to allocate financial incentives for its restoration.” This bylaw is ready for three readings. 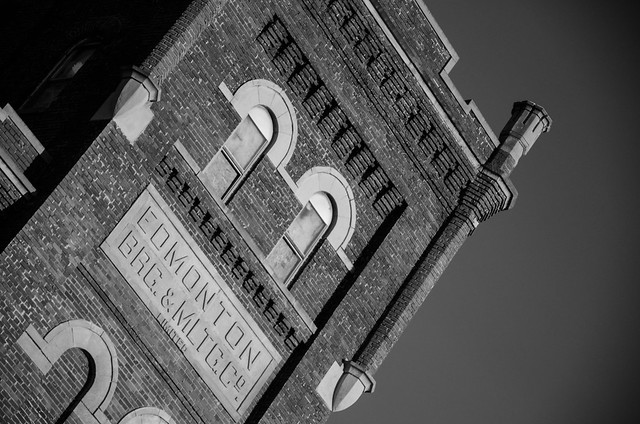 Here are the details:

Great to see this moving forward!