Moe Banga was sworn in as the new Councillor for Ward 12 at City Hall yesterday. He handily won Monday’s by-election, earning nearly twice as many votes as his nearest competitor. “City building is a team sport,” said Mayor Iveson at the ceremony. “So it’s very exciting to welcome a new member to our team.” He also offered some advice to the new councillor. “You represent the people of Ward 12, but you serve the entire community.” 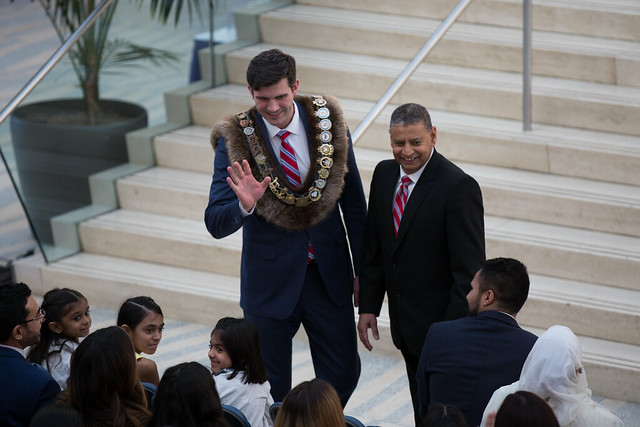 A recent update on the Stanley Milner Library Renewal project says that EPL has already raised $3.7 million, including “a lead gift from a significant donor.” The total cost of the project is estimated to be $62.5 million, and EPL has committed to raising $10 million from community partners by 2020. The City of Edmonton is contributing the rest of the funding. Bylaw 17572 is being considered this week and will authorize the City to borrow $51,498,000 to “undertake, construct and finance” the Stanley Milner Library Renewal project.

The new building will be “open and airy, with much more natural light, a larger children’s library and Makerspace, and a two-storey tall interactive video screen” reports Metro Edmonton. Elise Stolte reports that the new building will also feature a daycare space, three new community meeting spaces, and a much larger cafe.

The Audit Committee has recommended that the Enterprise Risk Management Policy C587 be approved, and that Administration report on progress by the end of the year and again in Q2 next year. Here’s the policy statement:

There’s also an Administrative Directive that says the City is “committed to identifying, assessing, managing, and reporting on enterprise risk associated with the City’s business and strategic goals in a systematic, consistent and transparent manner.”

The policy was discussed by Council last June, and is largely based on Calgary and Saskatoon’s enterprise risk management policies. If Council approves the policy, future reports that require a Council decision will include a risk section.

If Council approves this bylaw to make the church a Municipal Historic Resource, a total of $500,000 will be allocated from the Heritage Reserve Fund to pay for rehabilitation efforts. The church has also been designated as a Provincial Historic Resource and Alberta Culture has committed $750,000 to help rehabilitate the building. The total estimated cost of restoration and rehabilitation is in the range of $11 million to $16 million. 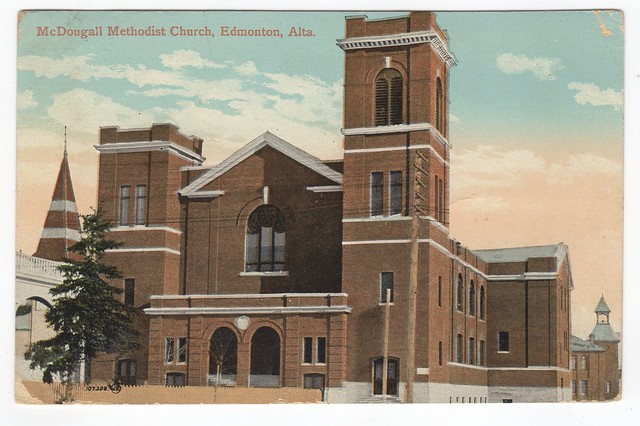 Here’s what the Heritage Planner’s Statement of Significance says:

“The heritage value of McDougall United Church rests in its association with the establishment of early religious institutions in Alberta. It is further significant as an example of early twentieth-century ecclesiastical architecture, and for its identity as a landmark cultural facility in Edmonton.”

The earliest church on the site was “a modest wood structure” built in 1873 by Reverend George McDougall. In 1892, a second wood-frame church was built. The current structure was erected in 1910. “Over the course of its history, McDougall United Church has served not only as a place for religious worship, but also as an important social and cultural centre.”