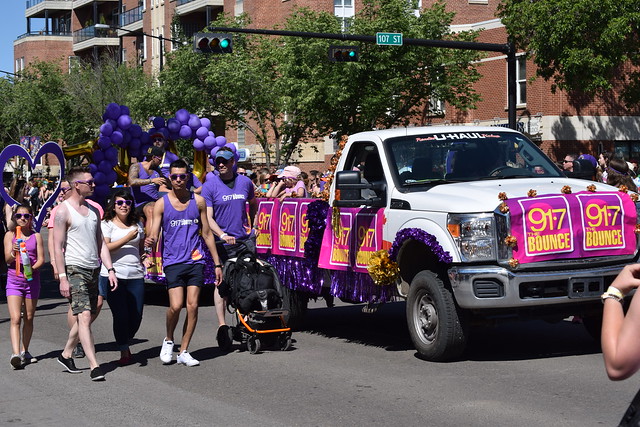 91.7 The Bounce in the Pride Parade, photo by Richard Le Sueur