The City of Edmonton released its analysis of Northlands’ Vision 2020 proposal today. Introducing the report, City Manager Linda Cochrane said, “we acknowledge that Vision 2020 is an option for what could be done with the 160 acres.” It’s clear from reading the report however that the City doesn’t support the plan.

“Northlands has proposed an ambitious plan and there are elements that are worthy of future exploration,” Mayor Iveson said. But there’s a but. “Council’s job must be to make decisions that are in the best interest of the city, not just one organization.” Suggesting that there’s more work to be done, he said “it’s critical that we aren’t rushed and that we make the right decision for our city.” 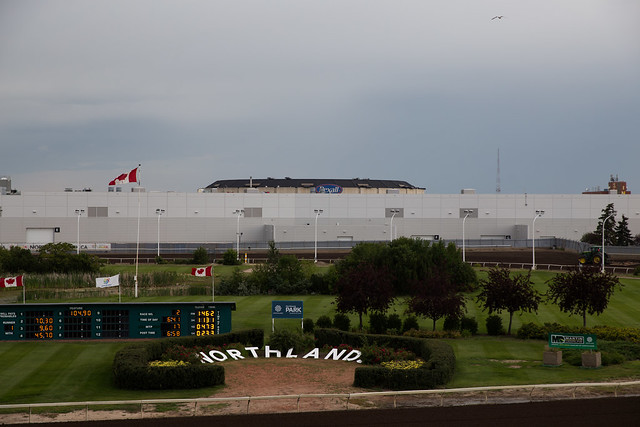 Vision 2020 proposes a transformation of both Northlands as an organization and the 160 acres of land that it leases from the City and operates, which includes Rexall Place, the Edmonton EXPO Centre, Northlands Park Racetrack and Casino, and all of the parking. The plan would see Rexall Place repurposed as a recreation facility, a retrofit for Hall D in the EXPO Centre, a new agriculture strategy, the end of horse racing and a redevelopment of Northlands Park into an urban festival site, and a redevelopment plan consisting of commercial, retail, and residential uses. The key to making the plan work is debt forgiveness on the $48 million outstanding debt that Northlands owes on the Edmonton EXPO Centre, to say nothing of the capital expenditures required to build everything outlined in the plan.

On the debt forgiveness, Mayor Iveson was clear that is not likely to happen. “I don’t believe Edmontonians would support forgiving a debt this large.” Perhaps more importantly, there’s no upside to the City by forgiving the debt.

Northlands owes $47.4 million as of June 30, 2016 and the City has a corresponding debt obligation with the Alberta Capital Finance Authority for the same amount. Every year Northlands pays the City $4.05 million which the City in turn pays to ACFA, so there’s zero impact to the City. If the loan were forgiven, the City would have to find a way to pay the $4.05 million each year for the loan from ACFA, which expires in 2034 and does not have an option for early termination. “Funding this loan from the tax levy would require a 0.3% tax levy increase in 2017 at a total cost of $72.8 million for the remaining duration of the loan.”

Northlands is projecting negative cash flows of $7.7 million per year which means it may be at risk of defaulting on its loan payments as early as next year. If that were to happen, the City would have the ability to terminate the lease and take back possession of the EXPO Centre which provides the City with “a tangible capital asset that will limit the impact of a default on the City’s financial position.” In theory the City could use income generated from the EXPO Centre to fund the ACFA loan.

“The business case for the expansion of the Expo Centre was overly ambitious in retrospect,” Mayor Iveson said today. But we are where we are, there’s no going back now.

Debt forgiveness or not, the City is on the hook for the money. But by allowing Northlands to default on its loan, the City gains complete control of the Northlands site and EXPO Centre as well.

“There is no immediate demand for six new ice sheets in Edmonton,” the report states, “however opportunity does exist to leverage the Rexall repurpose concept in the context of closing or repurposing four single-sheet ice facilities in north and northeast Edmonton.” The Mayor sounded somewhat optimistic about the idea, and mentioned that he had even spoken with Hockey Canada recently to explore the idea of a hockey academy in the facility. Northlands estimates the cost of repurposing the facility at $85 million. While the City says it “is technically feasible” they disagree on the cost, suggesting “an estimate of $102 million within -10% to +20% would be more appropriate.” 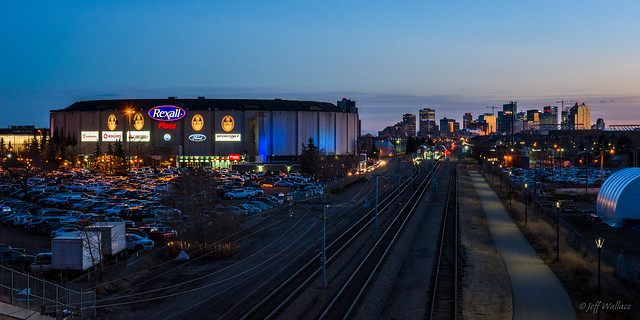 The wrinkle with this part of the plan is that the City is restricted by the Master Agreement with the Edmonton Arena Corporation (EAC) on the kind of investments it can make to Rexall Place. “The City cannot not make additional capital expenditures that exceed those required to maintain Rexall Place in a safe condition and in compliance with applicable laws.” Furthermore, as soon as Rogers Place opens the City has to stop providing any financial support to Rexall Place, directly or indirectly, except as required to comply with the law and maintain public safety.

The biggest issue however is that “the City must not financially support or advocate in favour of any plan to rebuild or renovate Rexall Place, unless it is to convert the facility to something other than a sports or entertainment facility.” If the plan to repurpose Rexall Place is going to go ahead, the EAC would need to formally waive that restriction.

The Hall D retrofit would increase seating capacity to 5,000 but “appears difficult to justify based on the anticipated market demand” for events it might serve. Vision 2020 assumes the facility could attract 50 concerts and events annually, but the consultants research indicates that “a maximum of 20 to 24 concerts annually appear to be the upper boundary for this type of building.” Last year, Hall D hosted 6 concerts.

Electrical and mechanical upgrades as well as a roof replacement would all be required for Hall D in the next 2-4 years. “Without a long term tenant (e.g. minor sports franchise), enhancements to Hall D cannot be justified in the immediate term.” Again the report suggests a higher cost estimate than Northlands did, at “$38.7 million within -10% to +30%.”

Recognizing that the site “may provide a unique opportunity to the region” the report raises major concerns about the feasibility of the idea. Industry data suggests there may be market demand in the long-term, but “it is unclear if there is sufficient market demand to achieve the necessary revenue to make the site profitable.” Interviews conducted with local festival organizers suggest “there is not significant interest in relocating to the Northlands site at this time.” 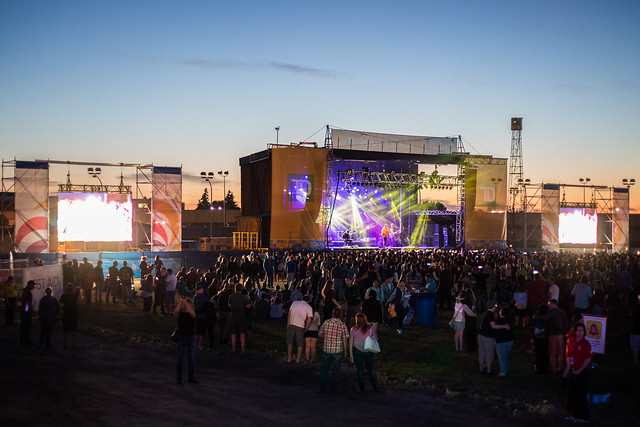 In general, the report highlights a lack of detail supporting the idea and says that further investigation would be required. “The updated cost estimate provided by Northlands of $83.6 million cannot be verified as accurate with any certainty,” the report says.

Vision 2020 proposes 3,195 residential units in a mix of concrete high-rise buildings, wood frame low/mid-rise buildings, and townhomes. It anticipates absorption of 540 units per year, a figure the report says is unrealistic. The consultants estimated that Northlands “could reasonably capture at most 15-20% of apartment demand in the city’s mature neighbourhoods” which would mean demand for, “at most, 100-150 multi-family apartment units per year on average from 2015 to 2035.” There does appear to be “market demand for 400 beds to serve Concordia University” but the report notes that in addition to a lack of funding, “the economics of a concrete high-rise for student housing that assumes market rates for land is difficult to achieve.”

The Future of Northlands

When Vision 2020 was released earlier this year, Northlands suggested it would cost $165 million. The City puts the estimated cost at more than $230 million. Northlands deserves some credit for thinking big and putting something on the table, but Vision 2020 just isn’t realistic and will not happen. The future of Northlands will be something different.

Asked if the decision to build the new arena is the root of all of Northlands’ problems, the mayor said that was an oversimplification of a complex situation. “This has hastened a conversation that I think would have happened anyway,” he said.

Mayor Iveson indicated he will propose a merger of the EXPO Centre and Shaw Conference Centre next week when Council discusses the report. “This report provides a wake up call that the time for integration is now,” he said. “I believe that if we look at bringing the two conference centres together under a shared events authority, we will get better tourism and economic development results for our city.” He wouldn’t speculate on whether Northlands, EEDC, or a new organization should become that shared events authority.

This is an idea that is long overdue. It regularly comes up in discussions about the various facilities and organizations, and came up again earlier this month when Chris LaBossiere suggested a merger could be a way forward for Northlands. To his credit, Northlands CEO Tim Reid is open to the idea. “One of the things that has never made sense to me in our city is why we have two very large conference, convention and trade facilities that are run under different entities,” he told Metro.

Council will discuss the report at a Special City Council Meeting on August 31. You can dig into the full analysis here.

One thought on “Northlands’ Vision 2020 is not going to happen”