In addition to discussing the report on Northlands’ Vision 2020, there are a number of other things coming up for Council next week. 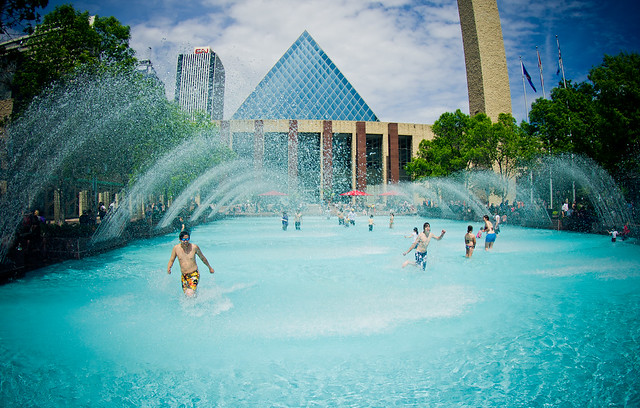 Here’s my look at everything else that Council will be discussing in the week ahead.

The latest update on Rogers Place and the Edmonton Arena District states:

“Since the last update report, the private sector District development surrounding the Arena has continued to advance. A significant milestone occurred at the end of May when Greyhound transferred their bus operations out of the downtown. Demolition of the Greyhound building has been completed, and excavation of the site and the abutting former 103 Street is now underway.”

Rogers Place is “nearing completion and is expected to be available for occupancy by September 2, 2016, the contracted facility turnover date.” In other words, on time, at least as of August 8, 2016. The facility is also on target to achieve the LEED Silver designation. 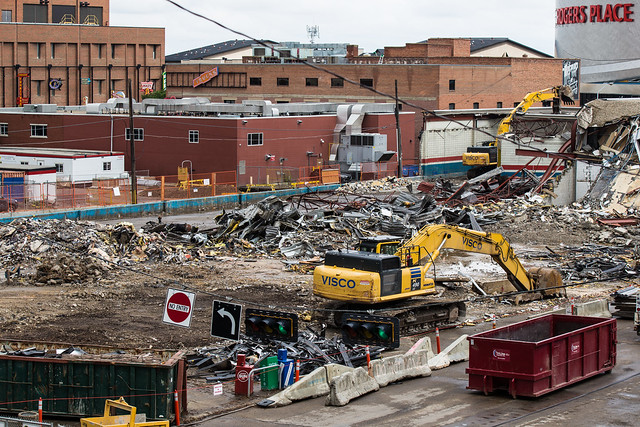 On the financial state of the project:

The report mentions an “unresolved legal claim” that could mean additional interim funding is required.

Council had previously asked for an update on the Edmonton Filmed Entertainment Fund, which was established in 2012 by EEDC with Kilkburn Media LLC and with $5 million in grant funding from the City. It was created “to support filmed entertainment projects principally shot in Edmonton using local resources.” To date, the fund has invested in three projects: Freezer (2012), Cut Bank (2013), and 40 Below (2015).

Here’s how the fund has performed so far:

The target was to generate an economic multiplier ratio of 6:1, but instead the return on investment was -33%.

Unsurprisingly, EEDC has “concluded that the existing model used for the Fund is not proving to be successful.” They said $5 million is not enough to invest in big enough projects to see larger returns, and that “13-20 percent return on investment was optimistic, this industry involves too many risks to guarantee any profits – even with industry experts involved.”