Expect to hear a lot next week about suicide prevention and the High Level Bridge. 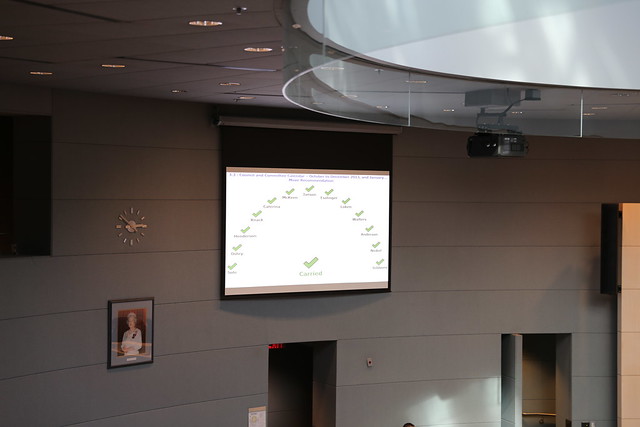 This new strategy is the result of two years of work on better suicide prevention in Edmonton.

“While suicide is a complex issue involving the interaction of biological, psychological and social factors, it is preventable. The Edmonton Suicide Prevention Strategy provides an understanding of suicide in Edmonton and recommends a set of actions for implementation that reflect evidence-based practices. Recommended actions are intended to enhance known protective factors that mitigate against suicide while reducing factors that put individuals at higher risk. The strategy employs a universal preventive approach that emphasizes collaboration and coordination of services. It also takes into account alignment opportunities with existing and upcoming community and provincial initiatives.”

Research into the issue surfaced a number of key learnings:

Councillor McKeen made an inquiry back in June related to the development and delivery of the High Level Bridge Safety Rails project, commonly referred to as the suicide barriers. This report is the response, and provides an overview of the three options that Council considered as well as suggestions on how to make the pathways more friendly for pedestrians and cyclists.

Here were the three options that Council considered:

Council voted to go with option 2 back in August 2014 and approved funding later that year.

While the City did consult with EPS, AHS, The Support Network, and other stakeholders during the development of the concepts, “broader consultation was not undertaken during the design phase because of the sensitivity of the suicide issue.” They are now of course engaged with the Edmonton Bicycle Commuters Society, Paths for People, and other organizations and individuals. 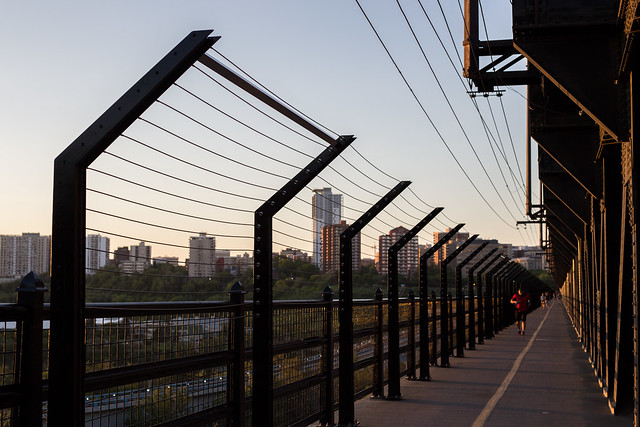 The City contracted Urban Systems to conduct a safety review and you can read their report here. They identified 13 issues and suggested improvements, including:

Some of the recommendations have already been implemented, such as additional signage and the installation of reflective hazard markings. Other recommendations are still being considered and the City is looking for additional input on those.

That’s a really wordy way of saying that the City wants to allow people to participate in Council meetings via phone or perhaps something more advanced like Skype, even if they are in the city. To do so, they are recommending an amendment to the Procedures and Committees Bylaw 12300 to “remove the requirement for persons wishing to participate by communication facility to be in a location outside of Edmonton.” The report notes that the last citizen participant by telephone was in 2007. The location restriction was put in place for technological reasons (at the time) as well as the value that was placed on in-person communication.

“This amendment could increase accessibility for residents who are unable or disinclined to physically attend meetings, and could contribute to the goal of ensuring public involvement processes are accessible to the public as per Council Policy C513 – Public Involvement.”

We don’t have the same technological barriers today, of course. Many of us use web conferencing tools all day, every day, and they work incredibly well. The report doesn’t recommend anything in particular, and it is expected that initially remote participation would be done by phone. But “technology and infrastructure upgrades” could come in the future.

“A Statutory Hearing is a City Council meeting required to be held under statute where members of the public have a right to speak. There is lack of legal certainty as to whether a technological failure, either on the speaker’s end or the City’s end, could result in a speaker being denied their right to address City Council.”

There is no expected budget impact from this change. Apparently Edmonton would be the first municipality in Canada and possibly the United States to allow remote public participation in Council meetings.

Here’s more on the story from Elise Stolte.