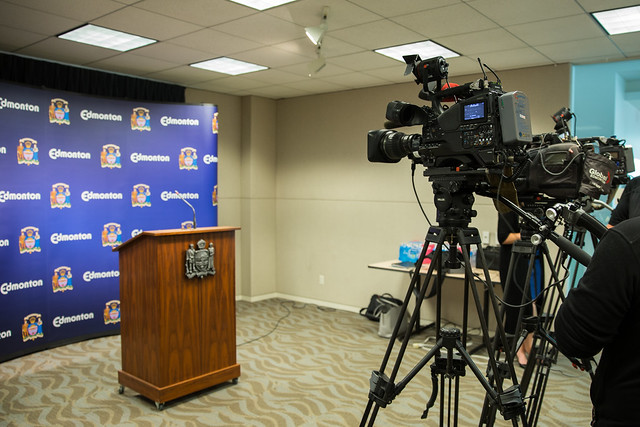 The media room at City Hall