Busy week coming up at Council next week with some really interesting topics on the agenda! 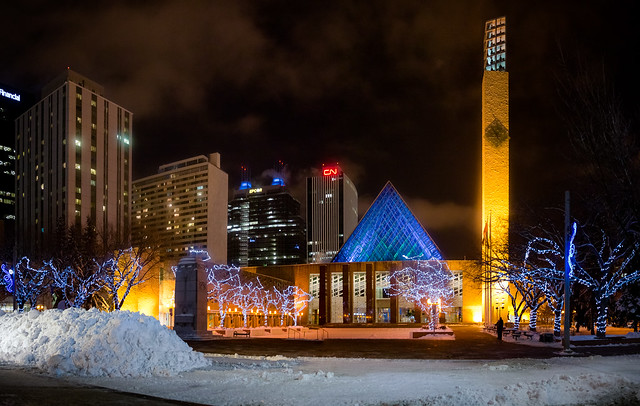 Edmonton’s new Vehicle for Hire Bylaw came into force on March 1, 2016 and this report proposed some amendments to address “several issues that have emerged since the Bylaw was passed.”

One issue is markings on vehicles for hire. Currently, taxis and accessible taxis are required to have an operating top light, meter, valid meter accuracy certificate, and colors and markings to identify the vehicle. Passengers must have access to the dispatcher’s name and contact information. Private transportation provider (PTP) vehicles, like Uber or TappCar, do not have any such requirements nor any prohibitions. The City did a lot of consultation on this and heard clearly that PTP vehicles should not look like taxis. The result is a rcommendation that PTPs be prohibited from having markings like taxis do, but that they be required to have a small decal in the front and rear windshield to identify them. 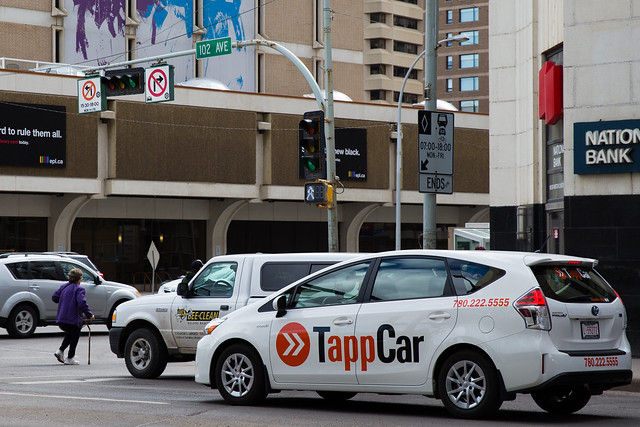 Another issue is related to street hails. Under the current bylaw only taxis and accessible taxis are permitted to pickup passengers that hail them from the street. PTP services must be prearranged, but the bylaw doesn’t prescribe how those pre-arrangements should be made. The fine for picking up passengers from the street is currently $250. The consultation on this was more split, but the resulting recommendation is to increase the fine to $1,000.

The report also discusses the use of exclusive parking areas, and looks at the impact of recent amendments to the Traffic Safety Act. Finally, it includes some enforcement statistics:

If Council agrees with the proposed amendments, Administration will prepare them to be brought to a future City Council meeting.

State of the Autonomous and Connected Vehicle Technology

This is an annual report that Council has asked for, discussing the state of self-driving vehicle technology. The report notes that the Society of Automative Engineers describes six levels of vehicle automation, from 0 to 5. Level 4 vehicles “are able to drive themselves in complex environments without human supervision” and the report suggests Level 5 is required for self-driving taxis. It is not bullish on timelines:

“There are several reasons to anticipate that full automation will emerge further in the future than the most optimistic estimates suggest. Challenges remain in developing automation technology. There are also legal, liability and ethical issues related to the technology. After the technology becomes available it must also be adopted broadly by fleet and vehicle owners. Rates of adoption have been estimated based on local data and the expected adoption time ranges from 18 to 30 years after the technology becomes available.”

On the plus side, the report does highlight the opportunity that self-driving vehicles present for public transportation:

“The interface between automated vehicle technology and the transit system presents a significant opportunity for positively shifting the way Edmontonians travel. Driverless taxis and public transit service can be complementary: driverless taxis could serve less dense suburban and rural areas and higher capacity transit would continue to serve high-demand corridors in urban areas.”

You can read the full 146 page report, Planning for Automated Vehicles in Edmonton, here.

This report summarizes the results of an evaluation of Edmonton’s 30 km/h school zone speed limits, which came into effect for all elementary schools in September 2014:

” The results show a positive trend with a reduction in collisions and speeds after the new speed limits were introduced. A survey sent to Public and Separate schools in the City indicated that the schools were satisfied with the new speed limit and the majority felt that there was a reduction in speeding following the implementation of school zones. Based on these promising results, Administration recommends expanding the 30 km/h school zones to junior high schools.”

Why stop there? As Conrad tweeted: “Only defensible end game is 30 km/h on all residential streets.” Especially if we’re serious about Vision Zero.

Some highlights from the report:

The recommended expansion to junior high schools is estimated to cost $75,000, plus another $100,000 for an awareness campaign.

Changing the Ward Boundaries for the 2017 Municipal Election

Bylaw 17700 will update the ward boundaries in prepration for the 2017 Municipal Election. First reading was held at the September 20, 2016 City Council Meeting, and second and third readings will be held on December 8, 2016. At Tuesday’s meeting, Council is holding a Non-Statutory Public Hearing on the proposed amendments.

The Returning Officer recommends the following alignments with affected populations:

These changes are recommended to bring Wards 9 and 12 closer to the optimum poplulation ranges. “Data from the 2016 Edmonton Census indicates an optimum population range per ward of 56,215 to 93,692.” Both wards had a population of more than 100,000 in the 2016 Municipal Census.