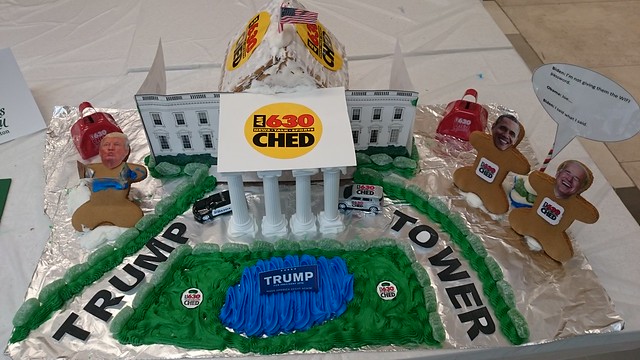 630 CHED went with the Trump theme for their gingerbread house