The deep freeze has arrived. After hovering just below the freezing mark for a few weeks, temperatures in Edmonton are dropping fast and are expected to be as low as -30 on Friday. On top of that, we’ve got some fresh snow which means City crews are clearing & sanding roads. Better bundle up and give yourself more time this week! 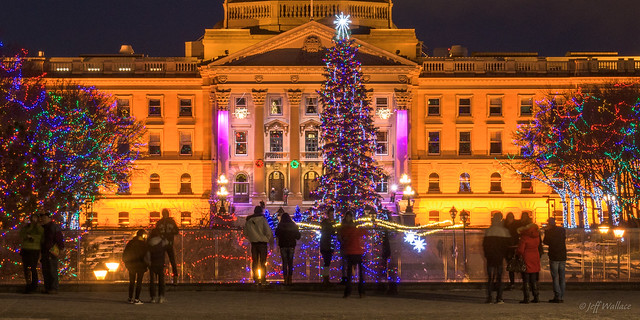 The Viewpoint, photo by Jeff Wallace 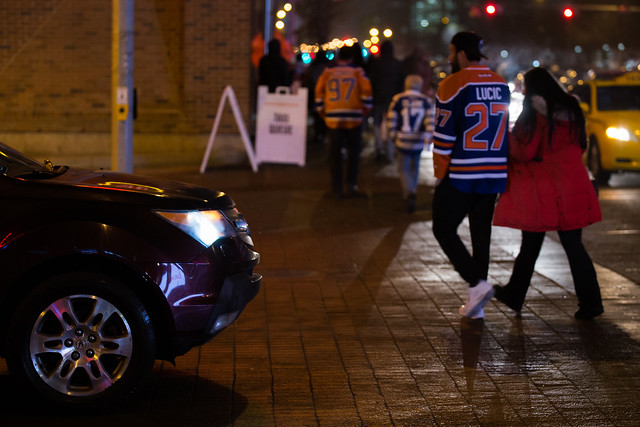 Crossing the street after a game at Rogers Place