Edmonton’s 34th DemoCamp is coming up on Tuesday, January 24, 2017. DemoCamp is a great way to see what local entrepreneurs have been working on and to network with developers, creatives, and investors in Edmonton’s local tech scene. The rules for DemoCamp are simple: 7 minutes to demo real, working products, followed by a few minutes for questions, and no slides allowed. 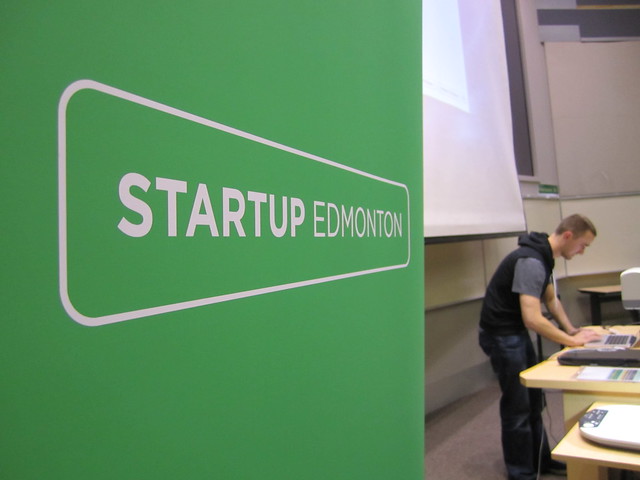 Here’s a sneak peek at the line-up for Tuesday’s event (subject to change):

Augmented reality, an improvisation bot, and a platform for closing deals are just a few of the things you can expect to see in action. Should be a fun night! Experienced DemoCampers will know the event takes place in two parts – demos and networking. After the demos are finished at CCIS, join the crowd over at RATT (Room At The Top) on the 7th floor of the Students Union Building, to keep the conversation going.

To get a sense of what to expect, check out my recaps of previous DemoCamps here. If you can’t make it in person, you can follow along on Twitter with the #democampyeg hashtag or on Snapchat by following StartupEdmonton.

DemoCamp is just one of the many events organized by Startup Edmonton, an entrepreneurial campus and community hub. You can learn more in this video:

See you at DemoCamp Edmonton 34!