Today Microsoft is marking the 20th anniversary of Visual Studio, their integrated development environment. To celebrate, they’ve released Visual Studio 2017! Over the last month or two, Microsoft has encouraged developers to share their Visual Studio story on social media. Here’s mine! 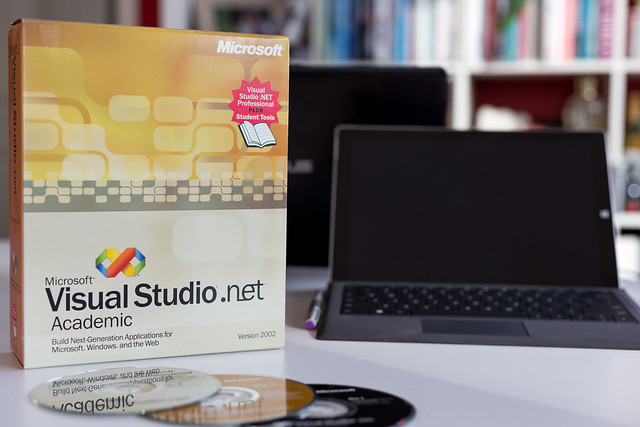 I became interested in programming at a very early age and started playing with BASIC on our computer at home. I remember writing a program that asked you for your name and favorite color and then printed something like “Hi Name!” in that color to the screen. I’m pretty sure I tested it on my younger brother, but he was much less interested than I was. I thought it was magical.

One day I was in my Dad’s office and found a box for Visual Studio 97, the first release of the product. He let me take it home to install on our home computer and that started a long and fruitful relationship with Visual Basic. Though I started to learn other languages too, it was VB6 that I really enjoyed. When I started my software company Paramagnus back in 2000, it was VB6 that we wrote our first programs in.

While I probably did use Visual Studio 6.0, the second version that Microsoft released, it was Visual Studio .NET that came out in 2002 that really changed things. I was able to transition my VB6 knowledge into VB.NET and became smitten with the new .NET platform. I remember reading a magazine article about something called “COOL”, a new “C-like Object Oriented Language” from Microsoft that was kind of like Java. Well that became C# in Visual Studio .NET, and it wasn’t long until I switched from VB.NET to C#. It became my primary language and remains so today. 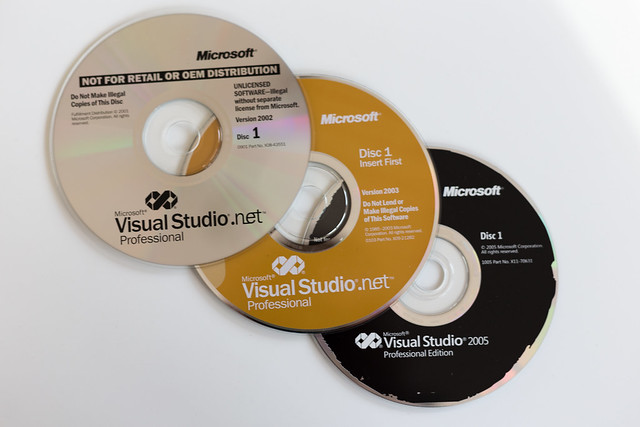 In the early 2000s, I was involved with a .NET user group here in Edmonton. I remember meeting developer evangelist John Bristowe through that in 2005 when he came up from Calgary to show us “Whidbey” which would become Visual Studio 2005. I always enjoyed John’s presentations and his passion for Visual Studio, which he often called “God’s IDE”. That always stuck with me!

From 2003 until 2005, during my time at the University of Alberta, I had a side job as the Alberta Student Representative for Microsoft Canada. Part of my role was to organize and deliver presentations for students, and in 2004 I became an Academic MVP. That brought some nice perks along with it, including an MSDN subscription which meant all of a sudden I had access to everything! 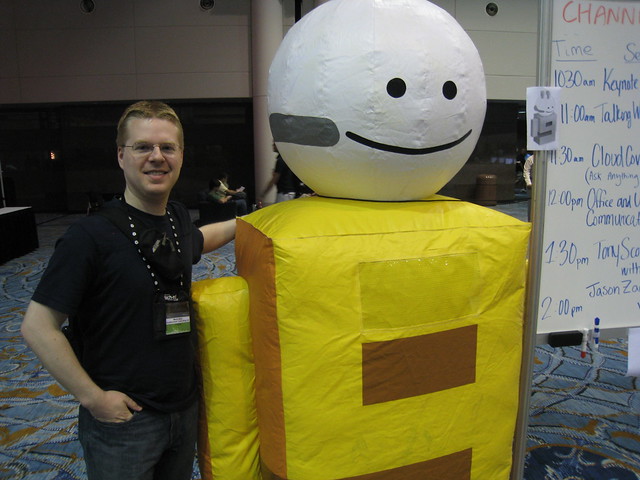 With the Channel9 guy at TechEd North America in 2010

It’s safe to say that Visual Studio has had a big impact on my life. Everything from my profession to some really rewarding personal experiences. I competed in the Imagine Cup student programming competition in 2003 and represented Canada at the worldwide competition in Spain, for instance. Along the way I’ve met some great people and learned a lot from some excellent developers.

I still use Visual Studio every day, though not always the IDE. These days there’s Visual Studio Team Services, which offers a place to store code, plan work, and test, build, and deploy software. I also use Visual Studio Code, a lightweight, cross-platform code editor. In fact, I’m writing this blog post inside Code because it is such a fantastic Markdown editor. I can’t wait to see what the next 20 years bring.