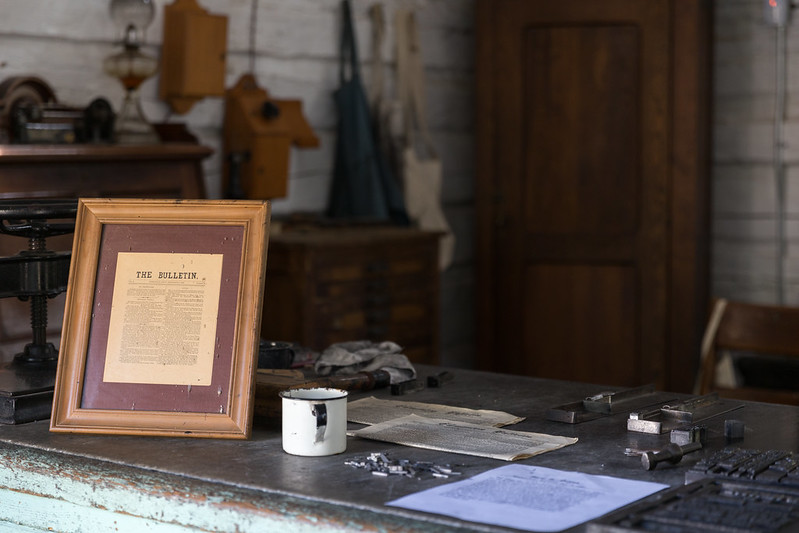 Inside the Edmonton Bulletin building at Fort Edmonton Park