A topping off ceremony was held today for the new JW Marriott Edmonton ICE District, located on the corner of 102 Street and 104 Avenue downtown. The building is currently the tallest tower in Edmonton, though it will relinquish that title within the next month or so when the new Stantec Tower, currently under construction right next door, surpasses it. Media and VIPs were invited to the 46th floor for the ceremony, where the “topping off” was done symbolically with a cake from Whimsical Cake Studio. 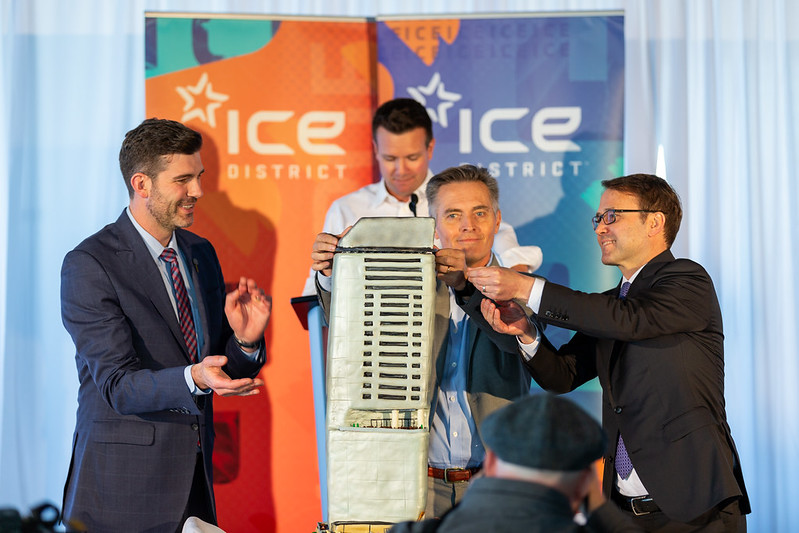 At 56 storeys high, the building will consist of 22 floors of hotel space topped by The Legends Private Residences above. The new hotel is currently slated to open in March 2019 and will be “the first modern luxury hotel built in Edmonton and one of only three JW Marriott branded hotels in Canada.” It will feature 346 rooms, roughly 22,000 square feet of meeting and conference space, a giant 10,500 square foot ballroom, a state-of-the-art fitness centre, and at least four different restaurants. The private residences above will feature 262 condo units and include access to the amenities offered by the hotel. They’re slated to open after the hotel, sometime in 2019, and are currently 90% sold.

“To be topping off the first luxury hotel alongside The Legends Private Residences in ICE District demonstrates the transformation that is occurring in our downtown core,” said Glen Scott, president of Katz Group Real Estate. 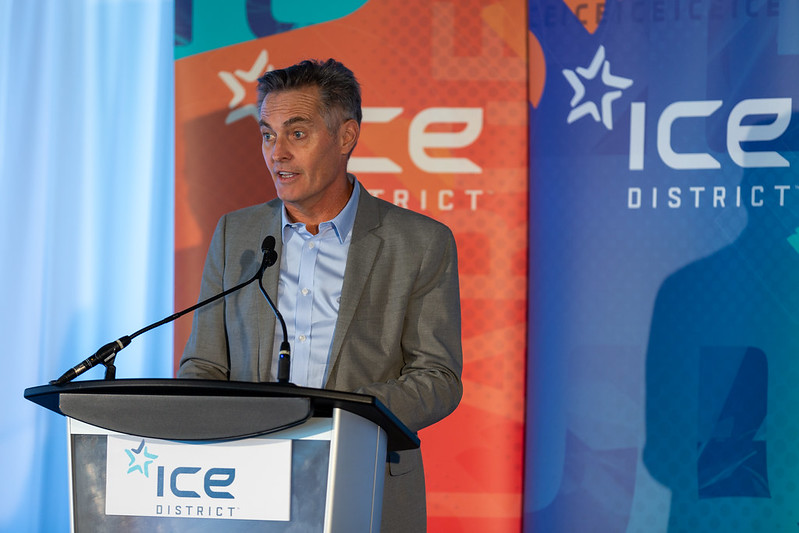 Getting off the construction elevator on the 46th floor, I was struck by how small Manulife Place looks. For years it was the tallest building in Edmonton, but now it is dwarfed by the new towers. 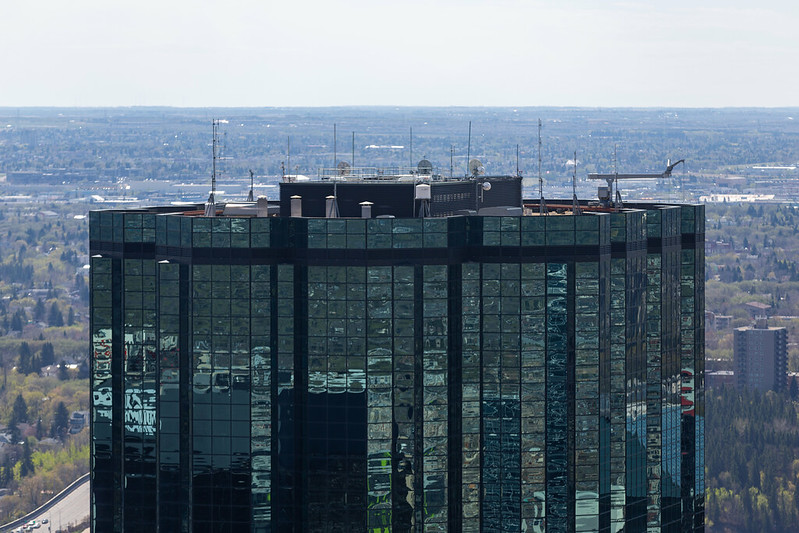 I mean, since when can you see the top of Manulife Place?! 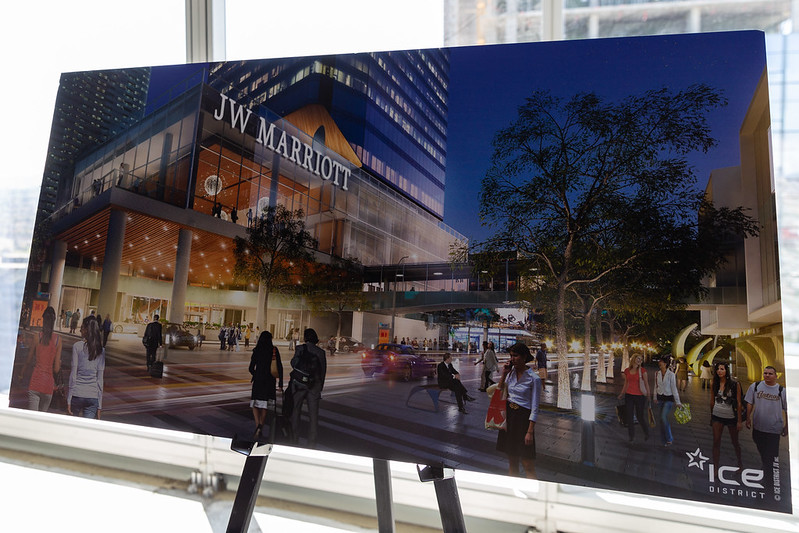 There wasn’t much to see inside as the building is very much under construction still (the topping off simply “marks the completion of the structural phase of the building”) but they did have some display boards setup to show renderings of what the final product might look like. Most people were happy enough to just take in the incredible views, however. 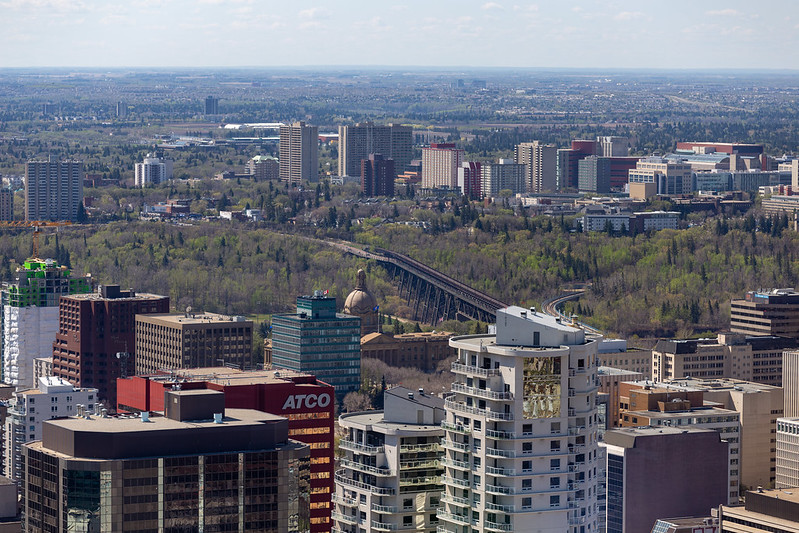 From that vantage point you see just how flat and spread out Edmonton is. At the same time, it makes the city feel a little smaller, as if it is all within reach. 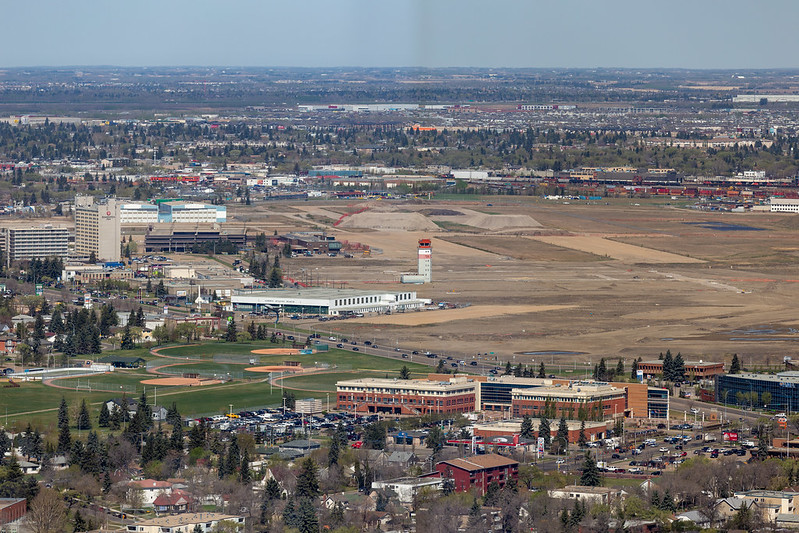 From that height you get a very unique perspective on Commonwealth Stadium and Northlands Coliseum: 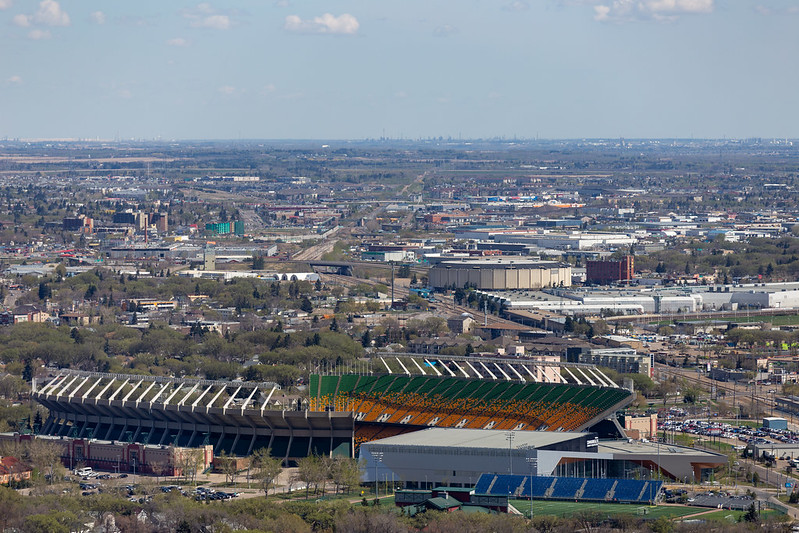 I also enjoyed the view of 104 Avenue and Oliver: 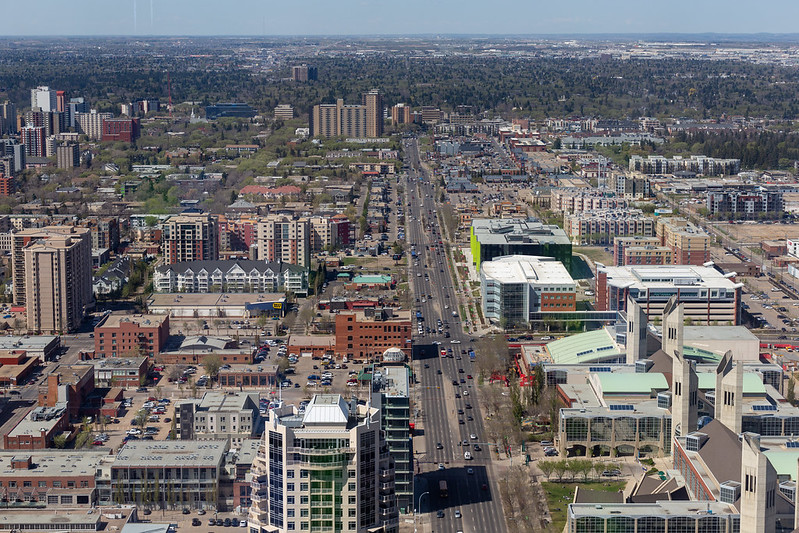 You can see more photos from the event and of the views here.

One thought on “JW Marriott Edmonton tops off in ICE District”