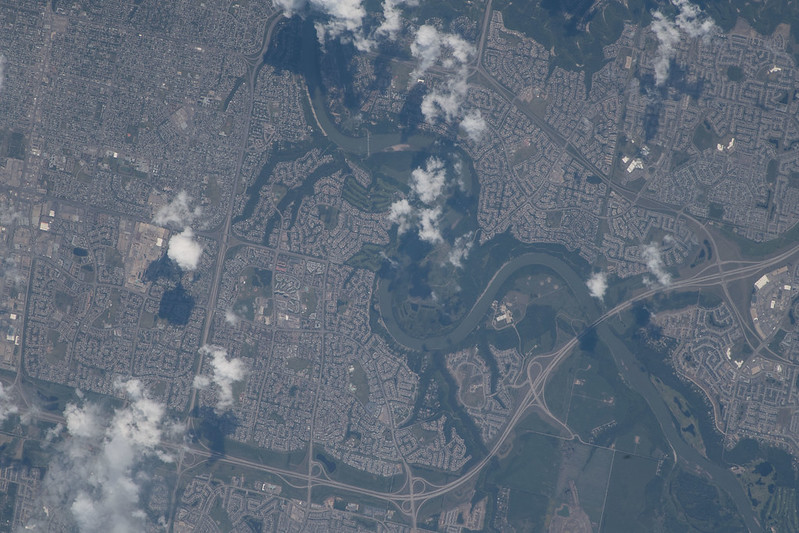 North Saskatchewan River & Edmonton as seen from the ISS, photo by NASA Johnson