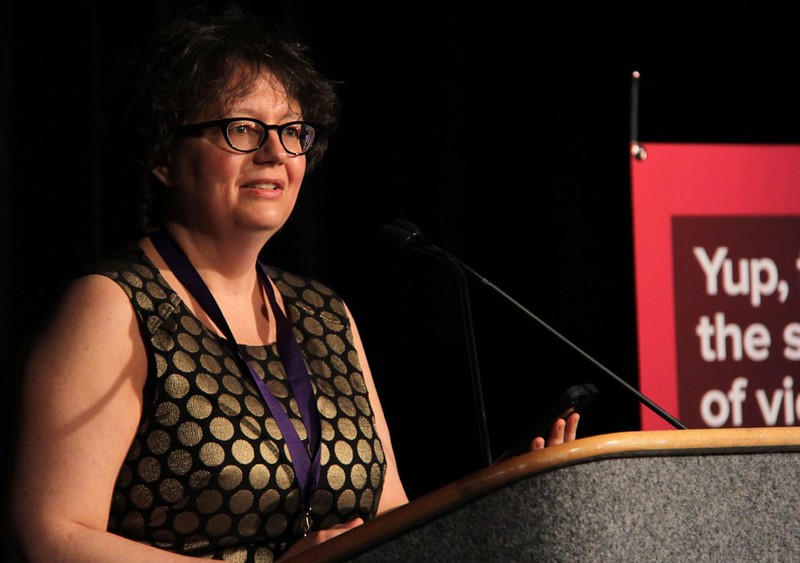 Paula Simons at the 2013 Yeggies, photo by Nanc Price