After three great weeks away, Sharon and I are back in Edmonton! We had a wonderful time and will be sharing many photos and blog posts in the weeks ahead.

Don’t forget that Daylight Saving Time ends at 2am on Sunday, November 2 – your clocks go back an hour that night! 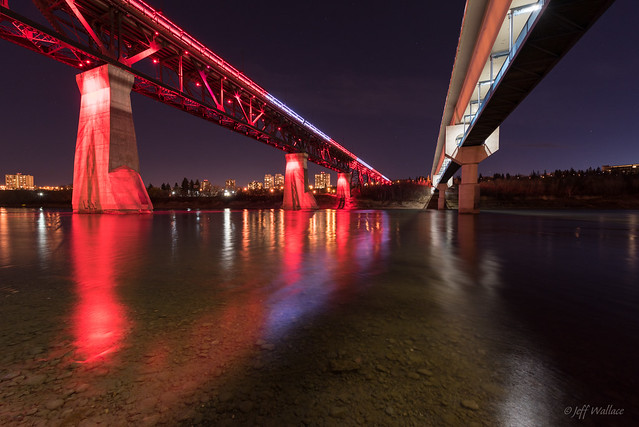 In this photo, Jeff Wallace captures the local tribute to WO Patrice Vincent and Cpl. Nathan Cirillo