Two more cranes joined the downtown skyline recently as construction on NorQuest’s new Singhmar Centre for Learning heats up. The new facility will be located immediately north of the current NorQuest campus along 103 Avenue between 107 Street and 108 Street (Capital Boulevard). It’s the first major project for NorQuest in roughly 50 years, and when it opens in 2017 it will bring enrollment in the college to over 12,500 students with the goal of doubling the current student population to 20,000 by 2025. 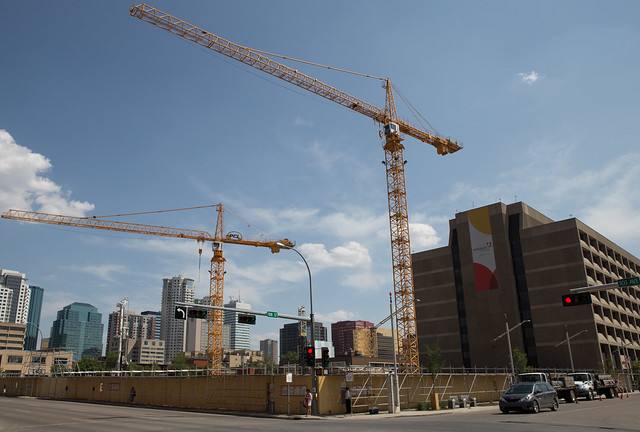 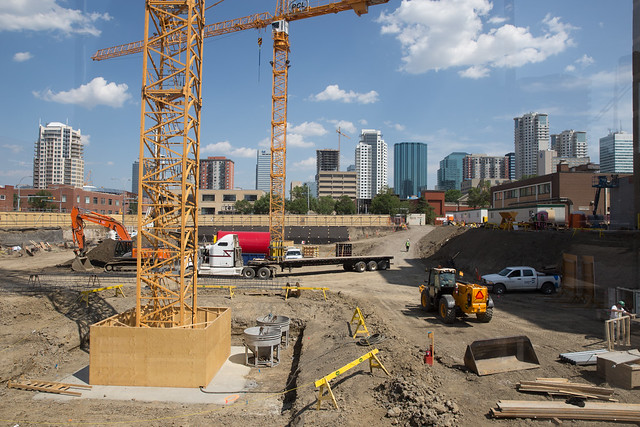 The details are subject to change of course, but current plans would see 24 classrooms, 24 labs, and 3 “flex” classrooms built in the new facility. It would become the college’s main academic building and will serve students studying in a variety of subjects, everything from health care to English as a second language. The Singhmar Centre will also feature a daycare, a new library, food services, and plenty of meeting and activity space. Underground you’ll find parking for about 100 vehicles and 75 bicycles. 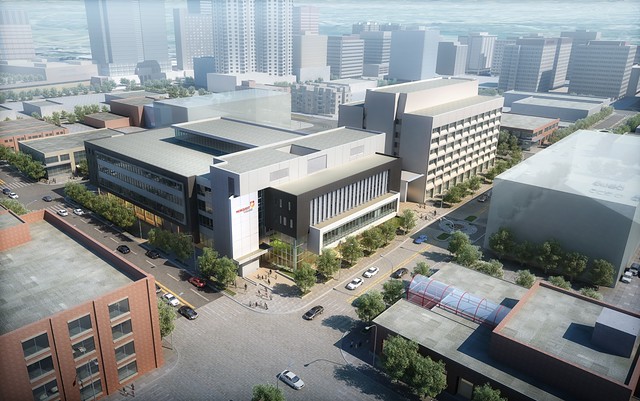 The existing main building isn’t going anywhere but will be receiving significant renovations, slated to be complete in 2018. The smaller Health Education Centre building on the corner of 102 Avenue and 107 Street will be demolished at some point after the expansion opens. When the entire project is done, it’ll offer not only important new learning space for NorQuest students, but also plenty of publicly accessible green space too. It’s great to see another giant downtown parking lot disappear!

Expectations for a modern college

The existing downtown campus opened in 1971, when both educators and students had very different expectations than they do today. The new campus should help NorQuest to keep up-to-speed with the changing technology requirements (and knowledge) of its students and staff. 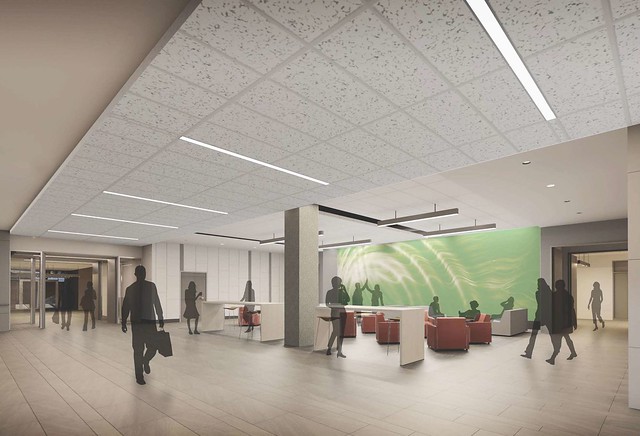 About 89% of students have a smartphone, 52% use a tablet, and 95% have access to high speed Internet, and those numbers are only going up. Lots of students choose NorQuest in order to prepare for their careers, which these days always involves technology. I’m looking forward to learning more about what technology features the building will have.

Based on the 2013-2014 academic year, about 75% of NorQuest students are from the Edmonton region, but 60% were born outside of Canada, representing around 90 countries. There are nearly 70 languages spoken on the NorQuest campus! 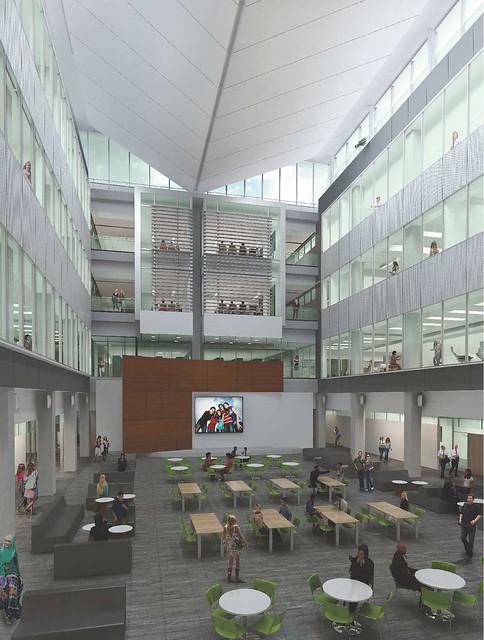 Approximately 11% of NorQuest’s student population are Aboriginal (First Nations, Metis, or Inuit ancestry). That’s one of the reasons why the college is so excited about the Aboriginal ceremonial room that the new campus will feature. The centrally-located and inviting room will be overseen by one of NorQuest’s elders-in-residence.

As Edmonton’s Aboriginal population continues to grow, NorQuest is looking forward to contributing to the success of that community. They recently launched a two-year pilot project in conjunction with Bow Valley College to help more than 600 Aboriginal people train for careers in the construction industry.

Connected to the LRT

With the Valley Line LRT slated to run right up 107 Street beside the campus with a stop just south of 104 Avenue, NorQuest will become connected by train to MacEwan, NAIT, and the University of Alberta.

As mentioned, NorQuest’s student population is very diverse. With a large number of newcomers, who NorQuest says typically rely on transit, being so close to the LRT will be key for remaining competitive in the future. In fact, 69% of NorQuest students cited “location” as an important factor in their decision making, and having the LRT there will make the decision that much easier.

A window into the construction

I believe the Singhmar Centre for Learning is one of the first downtown construction projects to feature the “E” window that was unveiled back in May. As you walk around the construction site under the scaffolding, you’ll find a series of E-shaped windows that let you peek into the construction activity happening on-site. 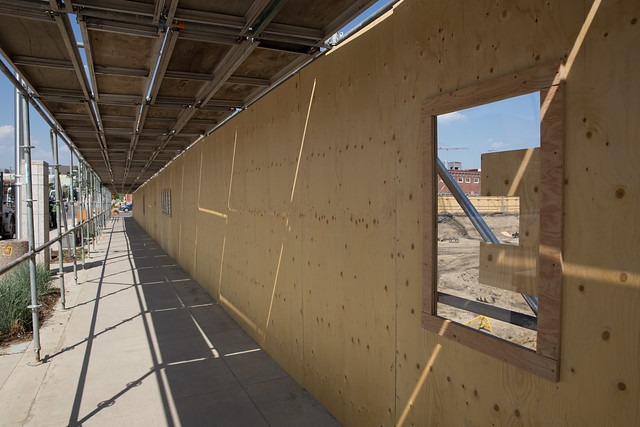 You can follow along as construction of the Singhmar Centre for Learning progresses at the microsite. They’ve got a blog and are also on Twitter as @nqexpansion. As is the trend these days, NorQuest is working to create a timelapse of the construction so you can revisit the transformation once it is all done.

NorQuest is also celebrating its 50th anniversary in 2015 “with a year-long series of events and activities.”