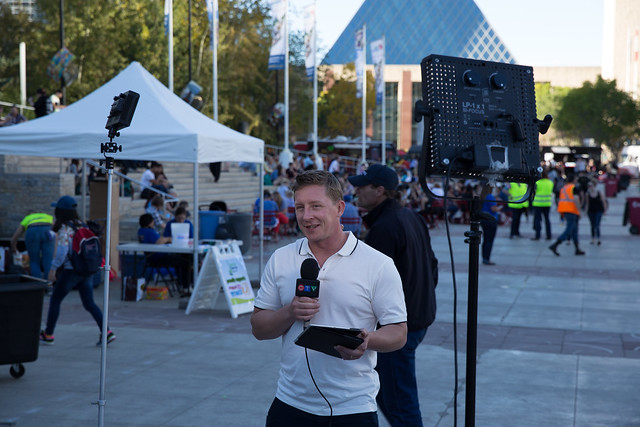 CTV Edmonton meteorologist Josh Classen at What the Truck?!

And here is some less-local media stuff worth mentioning: