Today the City of Edmonton offered a sneak peek at Rogers Place, Edmonton’s new downtown arena slated to open in time for the 2016-2017 NHL season (there are 228 days until project completion according to the website). The $606 million project, which includes the arena, winter garden, community rink, LRT connection, and other amenities, has been under construction since March 2014. Today was the first time the public was allowed inside. 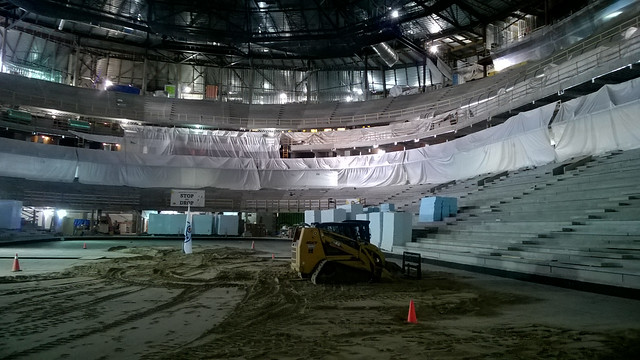 The Oilers flag at centre ice

I live just a few blocks away so have had an upfront view of all of the construction, but it was neat to get a look inside the building today. 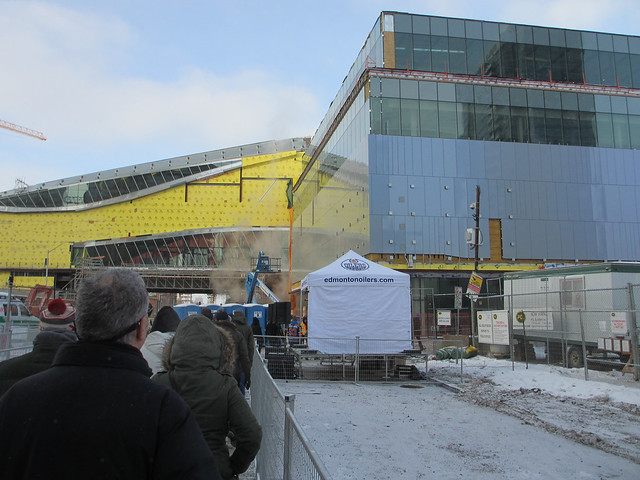 I think they were very well prepared to handle a lot of people today, but the cold temperatures probably resulted in a smaller turnout than originally anticipated. I arrived just before 11am and there were a few hundred people in line. When I left about 45 minutes later, there was no line outside. 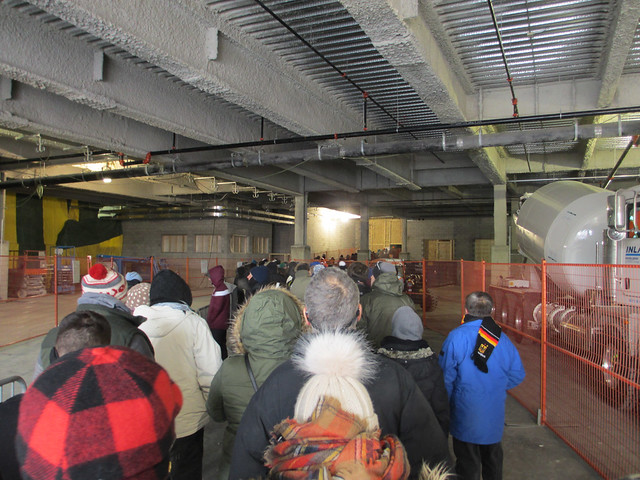 The project is being constructed on 9.5 acres of land right downtown and today we got to look at two elements of it. First, the community rink which will be home to the MacEwan University hockey teams. The rink will feature 1,000 seats for fans, and will be owned and operated by the City of Edmonton. 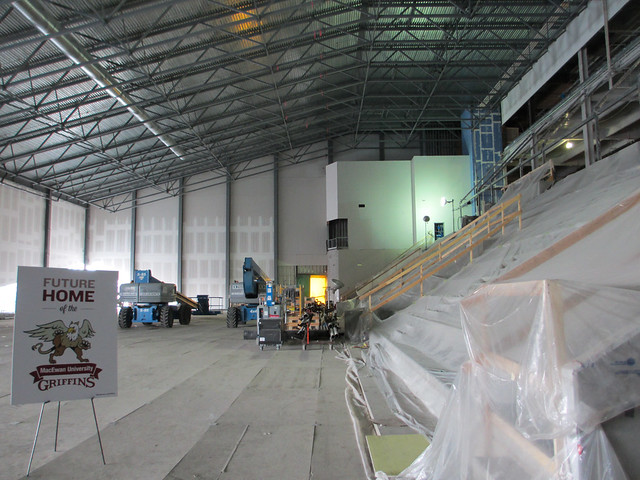 And of course, we got to step inside the main arena itself. Here’s a quick video of the view we had:

The building is 141 feet high, and I really felt that sense of scale today. The bowl feels rounder and more intimate than the current one at Rexall Place, even though the square footage inside the arena is 819,200 square feet compared to Rexall’s 497,700 square feet. 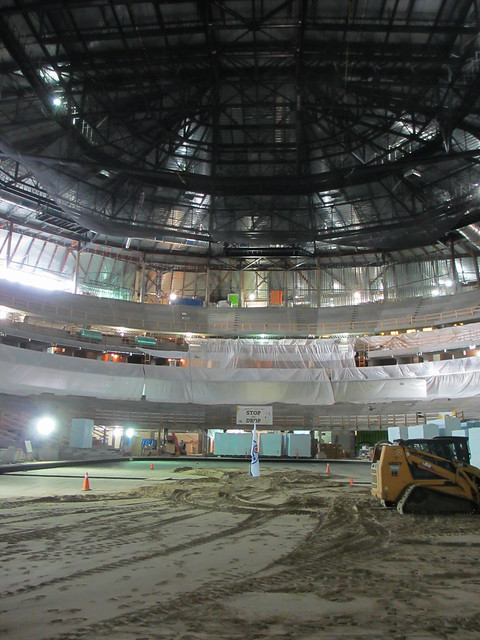 The capacity for hockey games is 18,641 but it can stretch to 20,734 in a centre stage concert setup or it can shrink down to about 4,500 for a small concert. Roughly 52% of the seats are in the lower bowl, compared to just 37% at Rexall Place, so more fans will be closer to the action. 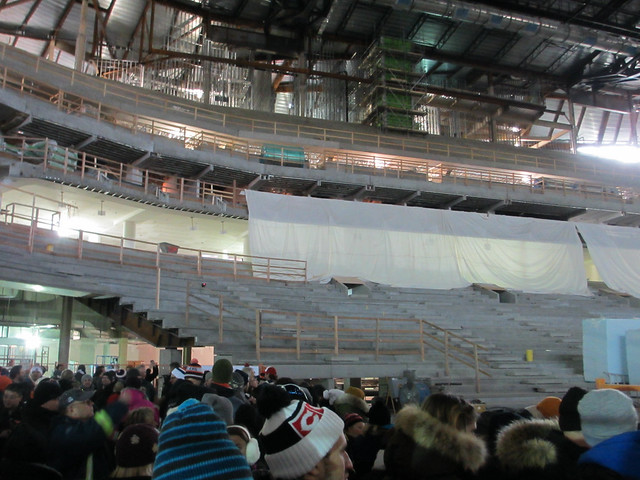 There will be 56 suites and 24 mini suites in the new arena, plus 4,100 club seats and 1,116 loge seats. Oh, and those seats are all generally wider than the ones you’ll find at Rexall Place. 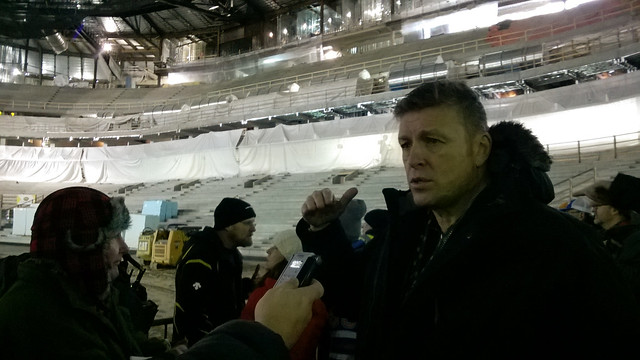 Bob Black explaining some of the features of the arena

Rogers Place is being constructed to the LEED Silver standard, as mandated by the City of Edmonton. There’s about 9,000 tonnes of structural steel and 24,000 cubic metres of structural concrete being used to bring it to life. 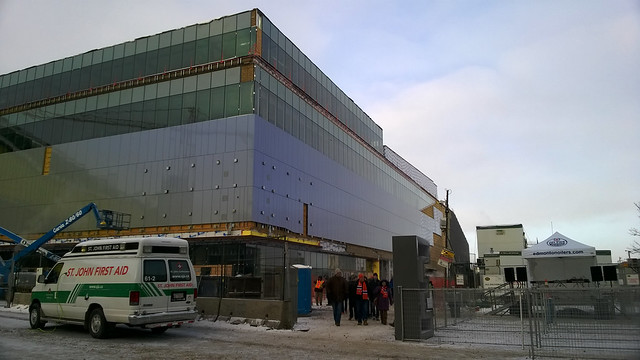 You can follow the construction at the Rogers Place website, and you can get all the facts on the project here. You can see more photos here.