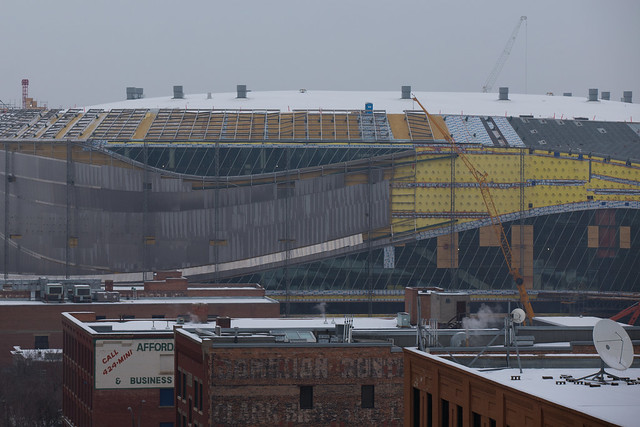 Rogers Place rising behind the warehouses