Wow, 200 updates on Edmonton’s media scene! I did my first weekly roundup back in February 2011:

“Like many others, I’m interested in the continual evolution of journalism and media. And given my passion for Edmonton, I’m particularly interested in that evolution at a local level. Where have we been, and where are we going? What’s next?”

“I’d like to start devoting an entry each Monday to this changing landscape (it’s all about experimentation, right?). Some weeks it’ll be a review of relevant news (like what you see below), other weeks it might be an opinion, or a critique, or an interview, or some statistics, or something I haven’t thought of yet.”

Obviously a lot has changed since that post. The media industry looks very different and I think the line between “traditional media” and “new media” has indeed blurred. Through my weekly updates I’ve chronicled most of the media moves, changes, and experiments that have happened in Edmonton over the last five years. I’ve learned a lot along the way, and I hope you’ve found this service useful and interesting. I appreciate all of the tips and suggestions from readers, and I encourage you to keep sending them in!

I plan to keep writing these weekly updates and I also plan to do more experimentation. More on that soon! 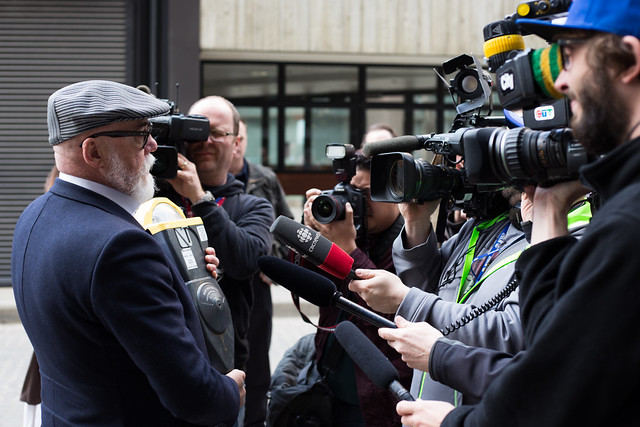 Councillor McKeen in front of the cameras and microphones