City Council should eliminate the RF1 zone and rezone all of those areas to RF3. Such a move would raise the base zoning for residential neighbourhoods across the city, moving the discussion around accommodating Edmonton’s growth from “how does infill fit in” to “infill is a key part of our entire city’s future, let’s make it work.” Such a decision would make it clear that the entire city needs to evolve together as we grow.

This is not a new idea. It has been proposed before, such as by the Infill Development Edmonton Association. More recently, Councillor Michael Walters has been in the news, making the case for increasing density throughout the city rather than just in specific neighbourhoods:

As long as the majority of our mature neighbourhoods are zoned RF1, we’ll always have an “us vs. them” problem. I mean, just look at what one Kenilworth resident told The Journal:

“Duplexes? No, we don’t want that,” added June Lunn, who moved in five years ago. “Those kind of things are low income. I think older neighbourhoods should just be left how they are. That’s why we live here. If you can’t afford it, go elsewhere,” she added. “I’m not trying to be rude, but we work hard for where we live.”

Entitlement and NIMBYism at its finest. But this isn’t just about building an inclusive city. This is about accommodating the amazing growth Edmonton is experiencing and is projected to continue experiencing. Suburban neighbourhoods alone just aren’t going to cut it. Mayor Iveson wrote about this today:

“We simply can’t continue to build our city and accommodate our growth by developing new neighbourhoods alone. Our suburban neighbourhoods provide great homes, communities and amenities for Edmontonians, but they can’t be the only place where Edmonton’s growth and change occurs. The way we’ll continue to be able to grow a great city in a strong region is by enabling diverse housing options across our entire city. Infill is a crucial piece in building up our established neighbourhoods and further embracing the urban shift that is already underway in Edmonton.” 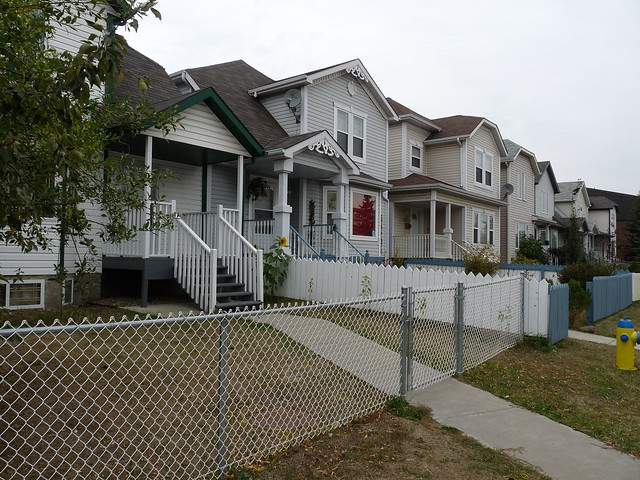 The fact is, Edmonton is behind on one of the key goals set forth in The Way We Grow, Edmonton’s municipal development plan. The plan targets that “a minimum of 25 percent of city-wide housing unit growth locate in the Downtown and mature neighbourhoods” and near LRT and transit centres. That’s infill, and while it is happening, it isn’t happening quickly enough. We’re no where close to 25% and without some sort of bold action, we’ll never get there.

As a result, the City has now published its first major report on the topic. Edmonton’s Infill Roadmap is “a two year work plan to advance infill.” Many speakers today described the roadmap as “a good start” and felt it adequately captured the public consultation that went on during its development. But the sentiment was clearly that it doesn’t go far enough.

The roadmap identifies 23 actions, including 8 that the City considers priority actions to begin immediately. “They are key activities that are needed to remove barriers to the development of more new housing and to proactively manage growth,” the roadmap says. The actions are broadly categorized into communication, collaboration, knowledge, rules, and process. As is typical with these kinds of reports, the actions are mostly baby steps, especially those in the rules category.

Action 15 says, “change the RF1 (single detached) zone to allow the subdivision of properties into narrower lots that are half the average width of the other lots on the block (but not less than 25 feet wide).” Action 16 says, “create more opportunities for row housing in the RF3 (small scale infill development) zone by removing location restrictions and changing the site regulations that currently limit this form of infill on RF3 lots.”

Council could just let the roadmap run its course, and maybe learn from that to agree on the next set of actions in two years. And eventually, after many years, we’d have transformed the RF1 zone into something that better enables infill. But I think Council needs to be bolder. The time for baby steps is over.

Moving the baseline to RF3 is not a silver bullet. It also doesn’t mean that every new home built is going to be a townhouse. But it does remove a key barrier to infill, and it does make the desired mix of housing possible. It would allow land prices to stabilize, making infill more affordable. 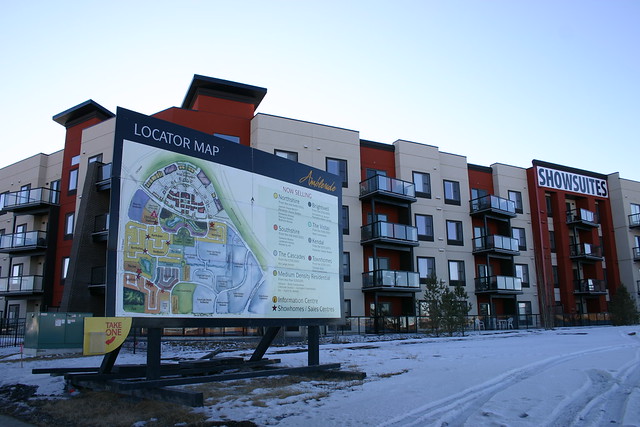 Council repeatedly asked the two panels of speakers today for advice on how to get the public onside with more infill and any potential zoning changes. They talked about “social acceptance” and noted they’re the ones that field the angry calls.

Here’s the thing: some people are going to complain no matter what you do. There will always be the June Lunn’s of the world. As was pointed out in response to Council’s questions, waiting to get everyone on board prevents action. You’ll never get everyone on board. It’s important to keep the dialogue ongoing of course, and to give Edmontonians an opportunity to be heard. But that doesn’t mean we have to keep pressing pause. Take action, and clearly inform citizens about why that decision was made and what it means. Council was elected to make the best decisions on behalf of citizens for our city’s future, and if that means infill throughout the city, then let’s get on with it already.

Today, Executive Committee passed a couple of motions to move this work forward. First, they asked for a report “outlining options to overhaul our suite of low density zones (RF1-RF4)” which could include consolidation, changes to the Mature Neighbourhood Overlay, and information about incentives that could be offered to support increased densification. We should hear back on that in January. Second, they voted to allow garage and garden suites and to change RF1 to allow narrower lots not less than 25 feet wide. A public hearing on the changes will take place by January. Furthermore, they asked for an update on progress with the Edmonton Infill Roadmap by March 2015.

That’s all good, and as we head into a very busy capital budget season, it’s probably enough for now. But I’d like to see Council go further when they pick this back up in the new year. Let’s get rid of the RF1 zone, either by rezoning those areas to RF3, or by coming up with a new consolidated zone to achieve our infill objectives. Let’s take a bold step forward.

For more on today’s discussion, check out this post from Elise Stolte.