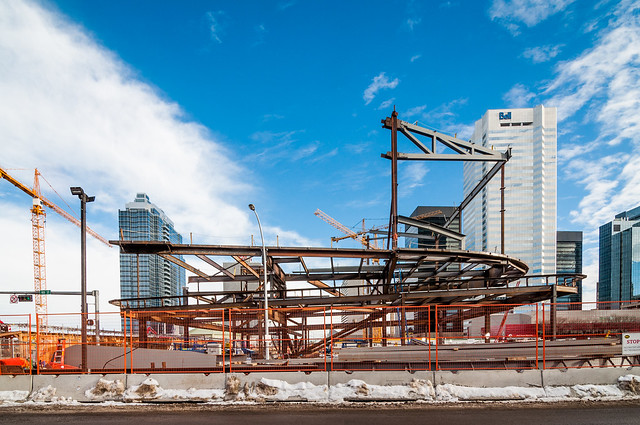 The Winter Garden under construction, photo by Darren Kirby