Edmonton’s 34th DemoCamp took place at the Centennial Centre for Interdisciplinary Sciences (CCIS) on the University of Alberta campus on January 24. It’s always a great opportunity to see what others in the local tech scene are up to. Here is my recap of DemoCamp Edmonton 33 from back in November. 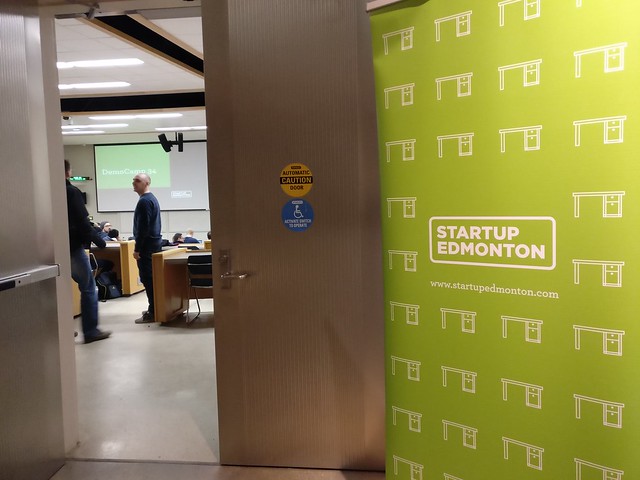 The demo gremlins were alive and well that night! Many of the demos had technical issues or were otherwise unable to fully show off everything they wanted to. Still, we were treated to everything from a new platform for lawyers to an improvising robot. Very cool to see such variety!

First up was Scope AR, no stranger to DemoCamp – they started at Startup Edmonton about five years ago! WorkLink is one of their products and it can be used for interactive user manuals, among other things. Need to fix your sink? In the future you might have a Scope AR-powered guide to help you through the process, with digital overlays on exactly the parts you need to touch. They also showed off Remote AR, which they described as “kind of like FaceTime with annotations on the world.”

Next up was Get Rich Interactive, an intriguing new approach to digital storytelling. It focuses on the world of Wolfgang and Hayes, and you’re invited to explore their house, look at their stuff, and have some fun along the way. It’s part web comic, part interactive world, and part animated series. Gaian has been working on it for a couple years now and plans to continue growing the world with new storytelling elements.

Our third demo was UUORKBOOK, a platform for jobs, candidates, and the hiring process. Miguel has combined some elements of LinkedIn with some additional tools for recruiters to make scheduling easier and to conduct remote video interviews. Built using Angular JS, Laravel, and NodeJS, the product has been in development for about a year. 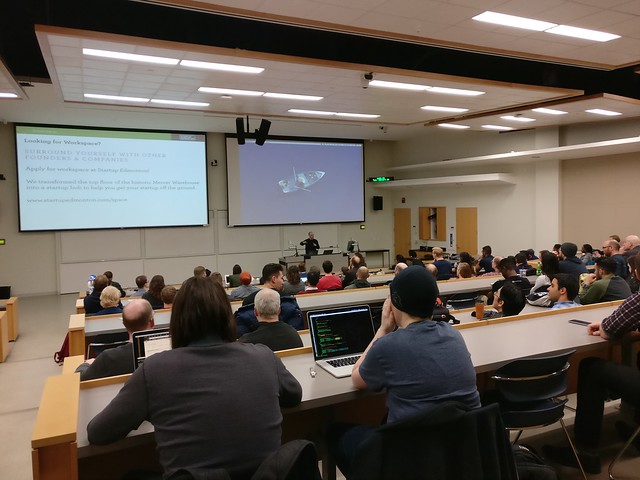 Next up was Reveal a makeover, an open source CSS and JavaScript library for reveal.js. Arjun started using reveal.js, which is a framework for building interactive slide decks, and quickly found he wanted themes. So, he came up with a solution! Makeover is a tool for developers and designers to make and take themes for reveal.js.

Amir is also no stranger to Startup Edmonton as deacloser was one of the participating companies at Launch Party 7. “dealcloser is an online platform designed to modernize the art of the deal, bringing to the future the archaic, paper-based process used ubiquitously by law firms around the world.” The goal is to streamline 40-50% of the deal process, and they’re getting ready for a real-world pilot this month.

Our final demo was A.I. Improv, Kory’s attempt to build an improvising robot. He’s a PhD student in Artificial Intelligence at the University of Alberta, so I’m not going to do the science behind the robot justice, but know that it’s legit. Kory combined neural networks trained on the Open Subtitles dataset with a general purpose Blueberry robot to come up with his solution. He joked that his goal is to one day have two robotic improvisors performing for a room full of robots. 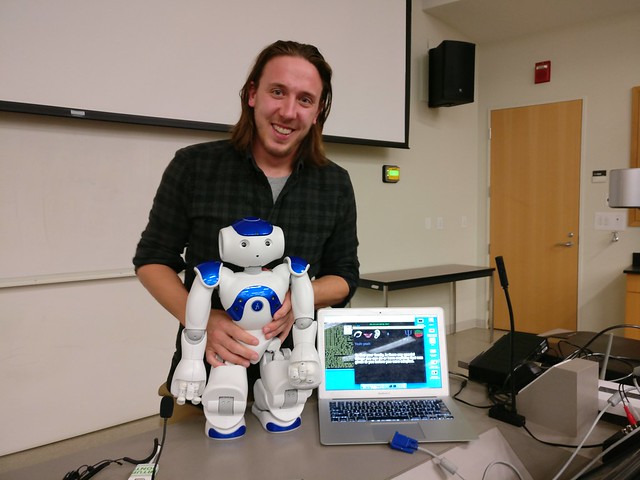 If you’re interested in demoing at a future DemoCamp, you can apply here. The next event is scheduled for Tuesday, March 7.

See you at DemoCamp Edmonton 35!